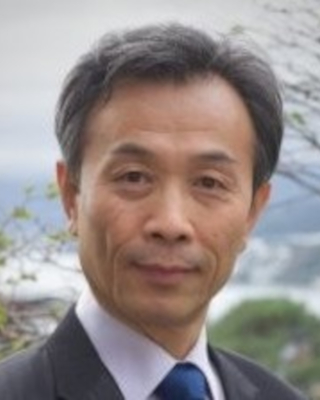 Dr. Katumi Otsuka, Chairman of the UPF Europe & Middle East, Mr. Jacques Marion, Co-Chairman of the UPF Europe & Middle East, Mr. Yoshihiro Yamazaki, Chief Organizer for Session III, and Mrs Eve Lau, Secretary General of the Chinese People’s Federation for World Peace International and moderator of this session. Thanks for your kind invitation. I am honoured to join you for this forward-looking conference on such an important topic.

I would like to take this opportunity to propose a Northeast Asian Economic Union (NEAEU for short) based on the European Union model.

First, I would like to propose a NEAEU with three primary goals. The first goal is to form a single market of Northeast Asia, including Greater China (Mainland China, Hong Kong, Macao, and Taiwan), Japan, Russia, Mongolia, the Republic of Korea (South Korea), and the Democratic People’s Republic of Korea (North Korea). The second goal is to create a single currency for Northeast Asia and eventually eliminate the currencies of the member states. The currencies that will be abolished include the Renminbi of the People’s Republic of China (CNY), Hong Kong dollar (HKD), Macau pataca (MOP), New Taiwan dollar (TWD), Japanese yen (JPY), Russian ruble (RUB), Mongolian Tögrög (MNT), Korean Republic won (KRW), and Korean People’s won (KPW). The third goal is to form a single travel zone of Northeast Asia. People within the zone could travel freely from one country to another. People from outside of the zone could use a single visa to travel in the zone.

Second, I would like to propose timetables for these goals.

First, the NEAEU should try to form a single market and a single tariff zone by 2040. It took Europe about eight years to create a common market and another decade to form the Tariff Union (Zollunion). The EU model began with a proposal (the “Schuman Declaration'') for two countries (France and Germany) based on two industries (coal and steel) in 1950, which was founded by six countries (France, Germany, Netherlands, Belgium, Italy, and Luxembourg) through the Treaty of Paris in 1951, extended to other European countries as the European Economic Community (EEC) as a result of the Treaty of Rome in 1957, and led to the formation of the European Community (EC) in 1967. In 1968, the EC formed the Tariff Union with no tariffs and import restrictions between EC countries and a single tariff rate for trade between EC and non-EC countries. Eventually, through the Maastricht Treaty of 1992, the European Union was born in 1993.

Second, the NEAEU should try to create a single currency by 2050. It took Europe 30 years to create a single currency, the Euro. With the initiation of the “Werner Plan'' in 1969, the EC leaders officially launched the new currency and the European Monetary Union (EMU) in 1999. The Euro became the legal currency in eleven EU countries (along with national currencies) in that year. Currently, 19 of the 27 European Union (EU) members are using the Euro as their national currency. In addition, five non-EU countries have also adopted the Euro as their national currency: Andorra, Monaco, Montenegro, San Marino, and Vatican City.

Third, the NEAEU should try to create a single travel zone by 2035. It took Europe 10 years to establish a Schengen area that has abolished all passports and all other types of border control among member countries. From the five founding members in 1985, the Schengen area now has 26 European countries, including 22 EU member countries and four non-EU members (Iceland, Norway, Switzerland, and Liechtenstein).

Third, I would like to highlight the regional and global impact of the NEAEU.

I know, there will be obstacles, opposition, and resistance to the emergence of the NEAEU in the future, but I am confident that, with faith and courage and wisdom from all concerned, this dream will come true one day!