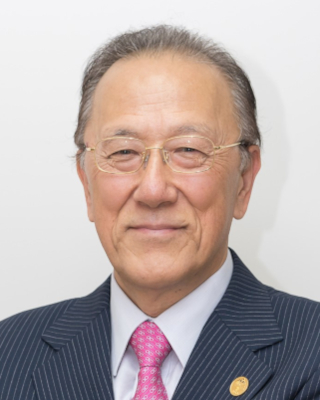 The idea of a “Peace Road” or “International Highway Project” is the vision to connect all people of the world together. The idea was announced first in 1981 during the International Conference on the Unity of the Sciences, when the late Dr. Sun Myung Moon and his wife Dr. Hak Ja Han Moon proposed the International Highway Project, by which all people of the world, beyond ethnic, cultural, religious differences, would be connected. Dr. Moon specially suggested the construction of an Under Sea Tunnel between Korea and Japan, to the surprise of the Korean and Japanese scholars present. Let me quote his words,

"This tunnel can help make the world a single community at last…Think of how much money the world is wasting on war. The time has come for nations to work together, pool their resources and, as the prophet Isaiah taught, turn our swords into plowshares and our spears into pruning hooks."

Dr. Moon specially emphasized the construction of an Under-Sea Tunnel between Korea and Japan in the conference and later he suggested the construction of the Bering Strait Under-Sea Tunnel and Bridge between the Eurasia continent and Northern American continent in 2005 at the inauguration of the Universal Peace Federation. The idea may sound unrealistic or like an illusion for some people.

Right after Dr. Moon announced this Under-Sea Tunnel Project, he suggested starting a research survey to determine the optimum route of the Under-Sea Tunnel. Since then, UPF Japan and friends have been supporting the idea of this US Tunnel in many ways.

According to the scientific research report for the construction of the Under Sea Tunnel, we came to know some of the potential benefits we must promote and challenges we must overcome. What we understood first was that, seen from a technical viewpoint, the Construction of the Undersea Tunnel is a very realistic plan, since Japan has a lot of experience in the construction of tunnels and bridges. For example, the Seikan Tunnel Under Sea Tunnel, which connects Hokkaido Island and Honshu Island, was finished in 1988.

The technology of tunnel construction has developed dramatically. The longest tunnel in the world runs through the Swiss Alps. The Euro tunnel connecting Britain and the European continent is also a great achievement of humankind in world history.

Note: The world’s first tunnel recorded in human history, which was a tunnel under the Euphrates River, was made over 4000 years ago. This tunnel connected the Babylonian palaces and temples and played a role to connect politics and religion.

The biggest challenge to the construction of an Undersea Tunnel between Korea and Japan is whether the people of both countries want it or not. Given the complex relationship between South Korea and Japan in the past, how to inspire the people on both sides of the channel is the biggest challenge to the completion of the construction. To that end, Construction Promotion Councils have been created in both countries and have been engaged in various activities on both the governmental and civil levels.

To realize this goal, UPF Japan formed the National Promotion Movement for the construction of the undersea tunnel in both the Japanese Diet and local assemblies. The Japan-Korea Undersea Tunnel Promotion Council was established in 2008. The parliamentarians’ federation was established in the Japanese Diet as a bipartisan federation. Similar promotion committees have been formed in local governments.

This project became one of the biggest political dibates in the city mayor election campaign this year in the city of Busan, which is located in the south of the Korean Peninsula. The conservative camp proposed this project, but the liberal camp spoke about it pessimistically and negatively, saying that we do not want to connect with Japan. There is no doubt that an Under Sea Tunnel which connects Japan and Korea would surely benefit both nations, not only physically, but also spiritually.

The essence of the Peace Road project is to link the people of the world, especially to connect two sides with hostile relations for the purpose of realizing peace.

In the 2nd century BC, the Han Dynasty of China expanded its trade network, creating the “Silk Road”, which contributed to the economic and cultural interconnectedness of Europe, Asia, and Africa. The Silk Road worked from around 200 BC to the 18th century AD. The Romans built a great network of roads throughout their Empire, connecting Western Europe to the Middle East and North Africa, many of which are still in use today. The Roman Road network was one of the foundations of PAX ROMANA or Peace of Rome. The development of the exchange of people by the expansion of roads, sea lanes and air routes has deepened mutual understanding around the world and promoted cross-border cooperation.

The vision of the PR initiative goes beyond the material desire for economic and political benefits, and rather focusses on the spiritual dimension, which aims to tear down the walls which have divided us with racism, cultural differences, misunderstandings, etc.

In 2013, a Korean Japanese person began to ride a bicycle with a small number of his friends from the eastern end to the western end of the long Japanese archipelago, to promote the realization of the Japan-Korea Undersea Tunnel. He was greatly inspired by the late Dr. Moon's spirit on the first anniversary of his ascension.

No one showed any interest in his idea in the beginning, but eventually his efforts attracted the attention of many people and became a hot topic in the places where he had passed through, and this project became a national movement in Japan called PEACE BIKE activity, which attracted the interest of local assemblies, religious leaders, and the media. Being greatly Impressed by this new action for peace by UPF members, Dr. Hak Ja Han Moon renamed it and upgraded it to a larger project called PEACE ROAD. She encouraged us to organize this project all around the world.

The Korean Government highly values the Korean Peace Road as a well-organized peace movement by young people and gave financial support to the annual Peace Road event. It is very meaningful that many foreign students in Korea participate in the event every year. This event came to have a deeper meaning of uniting foreigners and the Korean people in the global era.

Russian UPF members organized a Peace Road event even in the capital city of North Korea, Pyongyang, in 2019. It was a big surprise that the North Korean government approved the event and welcomed the Russian PR runners. I would like to send my deep appreciation to the North Korean Government and Russian UPF for making this event possible.

It was also a very historic Peace Road event that UPF successfully organized in the Balkans in 2018, connecting 6 nations in the west Balkans, where they suffered severe warfare after the downfall of Yugoslavia 20 to 30 years ago.

One small step in Japan has become a gigantic global event. Some people may think that the dream of world peace is an illusion, and the idea of Peace Road is an impossible dream. I would like to say that it was in 1801, 200 years ago, that Napoleon 1st proposed the construction of the Dover Tunnel. Now we can travel all around Europe by train easily. Of course, it is not perfect, but we can enjoy the peace of Europe.

In closing, let me quote the words by John Lennon, a member of the Beatles

Love is like a flower – you’ve got to let it grow.

Let us share the same dream of peace and work together to make it grow.