Western Civilization: At a Turning Point? 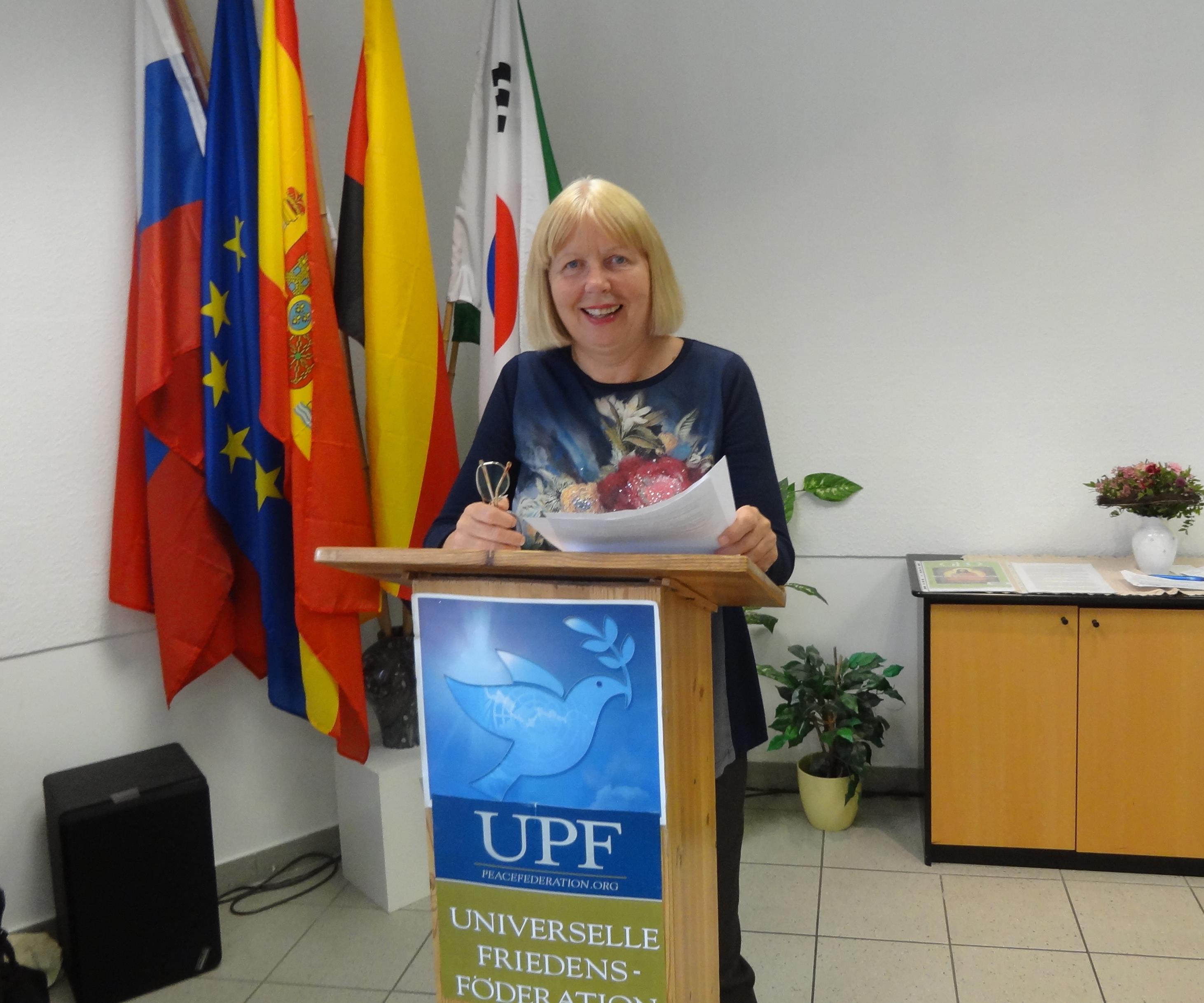 Bonn, Germany—The local chapter of UPF held a presentation which asked whether Western civilization is in decline.

“Europe 2018—The End or the Turning Point? Oswald Spengler's Prognosis Seen in the Light of Current Events” was the title of the talk, given on September 2, 2018, at UPF offices in the Bad Godesberg district of Bonn.

Barbara Grabner, a journalist and historian from Vienna, Austria, spoke at the invitation of UPF.

In his main work, The Decline of the West, the first volume of which, Form and Reality, appeared in 1918, Oswald Spengler, a German historian and philosopher of history, compared the West with seven other main civilizations. Spengler explained his intent: “In this book, a first attempt is made to predict the course of history. It is about following the fate of a culture, the only one in this planet today that has been consummated, the West European-American, in the stages when it has not yet expired.”

According to Spengler, civilizations go through the phases of birth, ascent, zenith and decline (collapse and death). The zenith of a civilization lasts about 900 to 1,000 years. Stupefaction and senescence, materialism and irreligiousness, uncurbed sensuality and entertainment addiction (moral decadence), cultural decline, inclination to self-destruction, wars of civilization, imperialism and growing violence are all signs of the end of a culture.

Barbara Grabner referred to nature, in which the end of a plant's blossoming does not mean an absolute end.

She pointed out many signs that Europe's heyday has come to an end, for example, the debt crisis, refugee crisis, political conflicts. However, she said, Rome's downfall did not result in the complete disappearance of its people or the peninsula. Essential accomplishments—for example, in the fields of law, philosophy or culture—still have a role to play.

Arnold J. Toynbee, often considered the most significant historian of the last century, assumed that a civilization can even experience a growth spurt if it responds appropriately to challenges. Continuity is possible corresponding to the ability to adapt and change (see the example of Chinese culture). Further existence in a “daughter culture” through a new religion can be observed in the development of the Roman-Hellenistic cultural sphere into the Christian-Byzantine cultural sphere. Cultural spheres, on the whole, last longer than large empires. Toynbee asked, “Will mankind murder or save Mother Earth?” In his opinion, the answer depends on whether humankind can overcome its “suicidally aggressive greed.”

The speaker closed with the observation that the center point of human civilization anchored in a Western direction has changed, and the Atlantic civilization is being replaced by the Pacific (peaceful) civilization. She mentioned the winner of the 1913 Nobel Prize in Literature, Rabindranath Tagore, who attributed a supporting role to Korea in the enlightenment of the Asian culture. The founder of UPF, Rev. Dr. Sun Myung Moon, predicted that a new cultural sphere would expand after the reunification of Korea, she said.

(Translated from German by Catriona Valenta.)