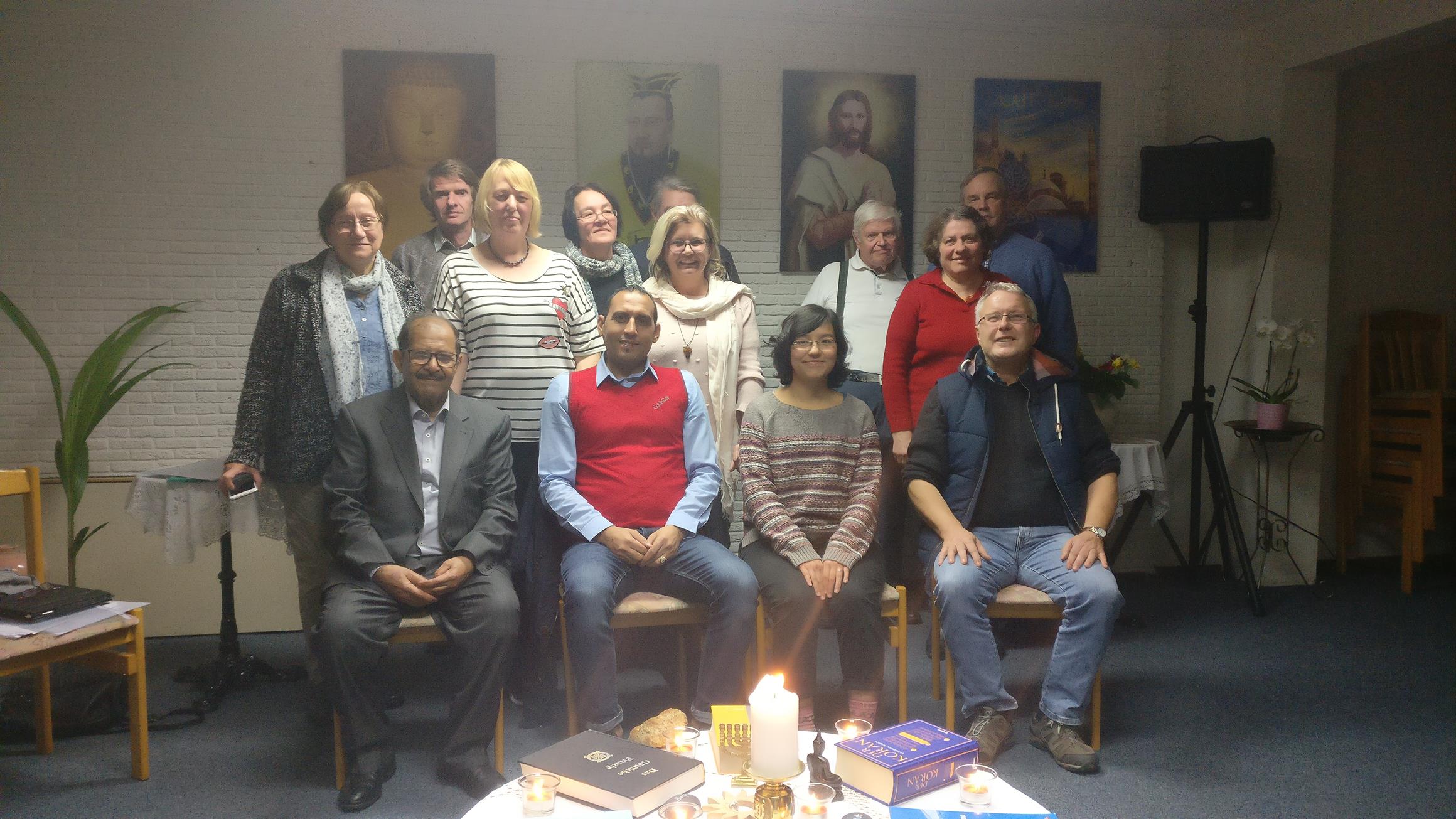 Düsseldorf, Germany—The individuals who gave the greatest support to Martin Luther were the focus of the UPF-Düsseldorf interreligious prayer circle.

The event titled “Luther’s Helpers and Friends” was held on November 6, 2017. Following introductions and an opening prayer, Mr. Frank Bernhardt, a theologian from the Old Lutheran Church, gave his presentation.

He explained that Martin Luther was surrounded by friends and advisors with whom he exchanged ideas, and that this network was important for the development of the Reformation. Without these connections, Luther would not have been able to expand his theology. He probably would have been ostracized and banned as a heretic, would not have survived, and the Reformation would not have developed with the strength that it did.

A fellow campaigner and his closest friend was Philipp Melanchthon, who was made professor for Greek at the University of Wittenberg at the age of 21. Where Luther lacked structure, Melanchthon brought orderliness. He encouraged Luther to translate the Bible for the common people into German that could be easily understood. After Luther’s death, he was the spokesman for the Reformation. His solidarity with Luther is well expressed by his own words: ‘‘I would rather die than be separated from this man.”

In the time when Luther was an Augustine monk and filled with self-doubts, he was comforted by Johann von Staupitz. He was a lifelong friend of Luther’s, but never joined the Reformation.

Georg Spalatin was an eloquent speaker and humanist who was an advocate of the Reformation and an advisor to the electoral court. Thus he was able to exert influence on the official functions of the court in favor of the Reformation, and through this, Frederick the Wise obtained free conduit for Luther to the Diet in Worms and brought him, an outlaw, to Wartburg castle.

Lucas Cranach was the court painter and an affluent citizen who painted many portraits of Luther. It was only because of the printing of his writings and Cranach’s portraits that Luther became nationally known. The two men were close friends.

A further companion was Justus Jonas. Luther himself was not able to participate in the Diet of Augsburg, and Jonas acted as Luther’s representative. Luther mentioned Jonas repeatedly in his after-dinner speeches, a witness to their personal connection. He once remarked that he very much enjoyed chatting and joking with Jonas. Jonas was there at Luther’s deathbed.

Johannes Bugenhagen was one of Luther’s most important fellow campaigners who brought the ideas of the Reformation to the north. He officiated at Luther’s marriage and gave an address at his funeral.

Another of Luther’s close confidantes was Nikolaus von Amsdorf. He was the only one who knew about the kidnap plot on the return from Worms. He accompanied Luther on all his travels, and Luther ordained him as a Protestant bishop.

Following this information-packed presentation by Mr. Bernhardt, peace prayers were read out. The event closed with a reading of Luther’s evening blessing.