Details
Written by UPF-Netherlands
26 May 2018 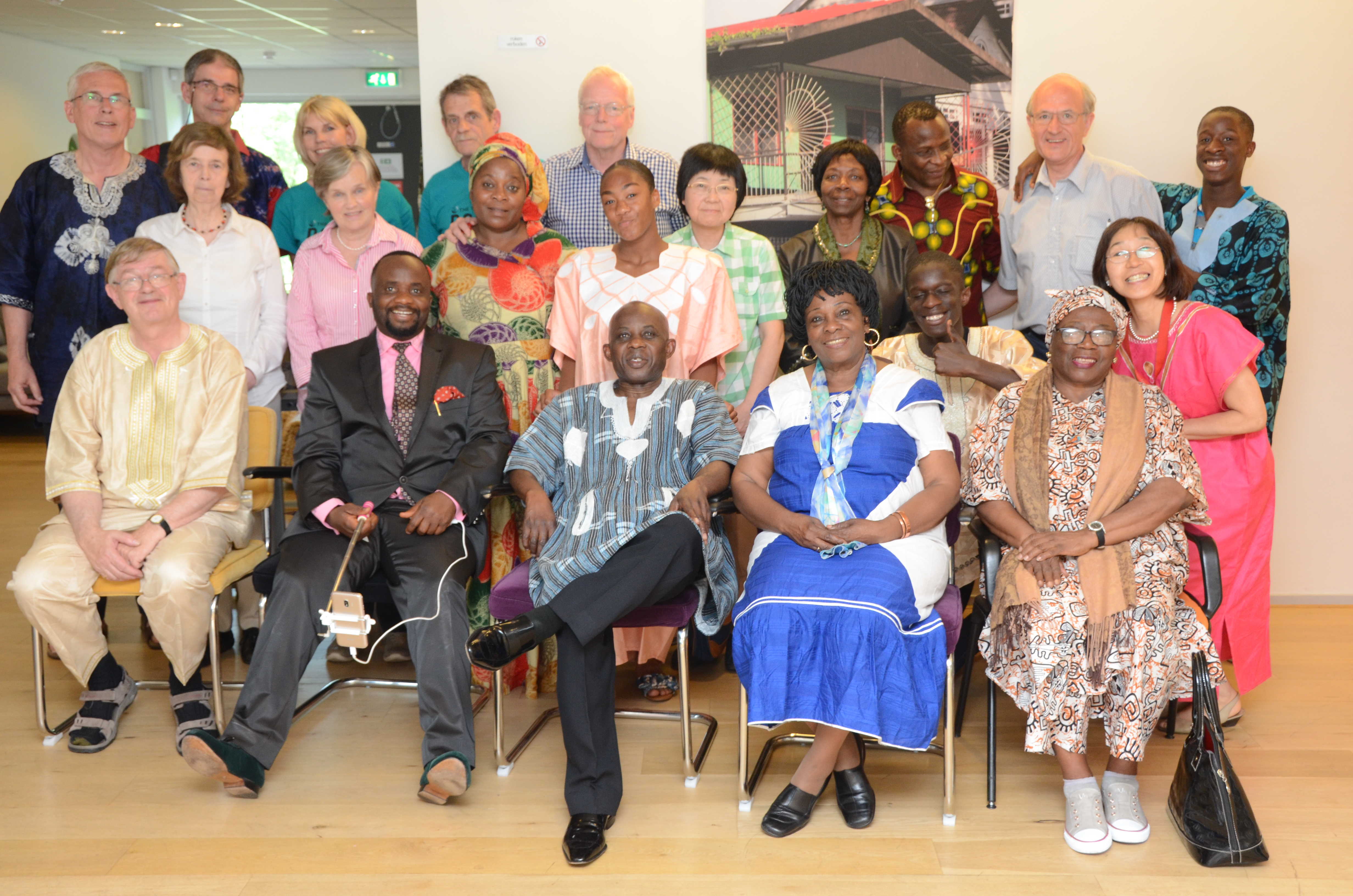 Amsterdam, Netherlands—UPF co-sponsored a combined celebration of the 2018 UN International Day of Families and Africa Day.

The Netherlands chapters of UPF and Women’s Federation for World Peace (WFWP), an affiliated organization, joined with the Liberian Association in the Netherlands to hold the event on May 26, 2018, in a neighborhood center in Amsterdam-Zuidoost (Southeast), a borough of Amsterdam.

Nearly 30 representatives of different beliefs, races and organizations came to the celebration.

The gathering started with the reading of messages from UN Secretary-General António Guterres. The theme for the 2018 International Day of Families is “Families and Inclusive Societies”—a reference to Sustainable Development Goal 16, which includes the words “Promote peaceful and inclusive societies.” The key phrases are education, rule of law and overcoming corruption.

In relation to Africa Day, Mr. Guterres stressed the importance of preventing crises. He mentioned such positive developments as the launching of the African Continental Free Trade Area in March of this year, greater access to education for children, the decline in child mortality, more women serving in parliament, and considerable economic growth in several countries.

Messages were also read from Dr. Willem van Eekelen, a former Netherlands minister of defense who esteems highly the principle of mutual respect for development and peace, and from Dr. Irma Loemban Tobing-Klein, a former ambassador from Suriname to the UN, who spoke of the importance of family values, human dignity, democracy and peace.

Next Ms. Irene Gefferie, a member of the Labor Party and the local city council, elaborated on the topic of family values and a good society. She finished her speech by singing the John Lennon song Mother.

After the powerful prayer of Pastor Darbah Glawlu Brown of Seo Ministries, Ms. Elizabeth Baatenburg, representing WFWP, gave a well received presentation about the Principles of Peace, the background vision of both UPF and WFWP. In the discussion that followed, we compared the ideals we had learned with the reality of today, which seem quite contradictory. Looking deeper into this reality, however, we realized that behind the often negative news items there is a lot of proof that many things are getting better.

After some songs sung by Ms. Baatenburg and her husband, Frans, who have been missionaries in Africa, Mr. Abraham Fofana, the president of the Liberian Association in the Netherlands, gave the closing remarks in which he pointed out that Liberia was the first independent country in Africa. His hope is that family values and principles of peace will bring his country to a better future. The evangelist Pastor Eustace Mccauley, a former soccer player who was called by God to a religious mission, closed the meeting with a prayer of thanks to God, asking for His blessings on all those who strive for peace.

An important part of a meeting, where Africa is involved, is finishing with good food and a good atmosphere, and so we did.