Intervention of H.E. Nataša Mićić in the 7th Rally of Hope 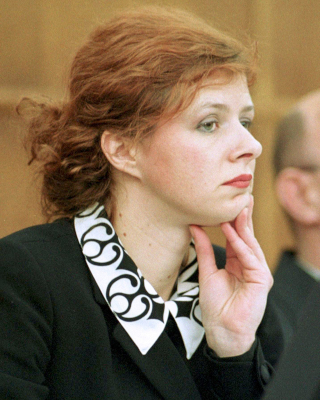 This is the full version of the video without subtitles. See below for the short version with subtitles.

I would like to thank the Rally of Hope organizers for giving me this opportunity to participate in the work of the Universal Peace Federation. It is very important to support efforts such as this that are being made to make the world a better place.

Peace, security, freedom, democracy, global interconnectedness and the empowerment of hope are at the foundations of that idea.

Hope is important wherever we live. Without hope there is no prosperity. We have good reason to hope and to believe in the prospects for a better future.

Despite so many unresolved issues, the 21st century has been a century of progress. In the last 20 years, the share of the world's population living in poverty has almost halved. The world has advanced in science and technology. The human lifespan has been extended. Culture, education and technology have become more accessible. There are fewer wars, and the number of victims of natural disasters has been halved.

As a result of globalization, the world is becoming more humane. Humanity’s sense of interconnectedness is especially important in difficult crisis situations, such as during the current pandemic.

However, once crises are resolved, our tendency is to revert to mainly looking after our own interests.

That tendency should be reversed because, ultimately, the quality of the air we breathe depends just as much on our humanity as it does upon reversing climate change. Therefore, there is never enough humanity, compassion and empathy towards others.

Globally, there is not enough progress in implementing the rule of law and especially laws safeguarding respect for human rights.

Of course, doing so is most difficult in those parts of the world where wars are still being waged and also in countries suffering under autocratic rule and in very poor countries.

The global order has also been seriously disrupted in areas where we have failed to overcome the aftereffects of past conflicts such as on the Korean and Balkan Peninsulas.

It always seems to me that there are uncanny parallels between the histories of these two peninsulas.

Just like Korea, for many hundreds of years we have been invaded and walked all over by foreign powers, and their influences are present even today.

For decades, the peoples of both the Korean and Balkan Peninsulas have had to live with crippling tensions and in fear of new and escalating conflicts. And while North Korea is completely isolated both by ideology and strong physical constraints, in the Balkans, it seems to me that the isolation of one nation from another, is more the result of a mental isolation brought about by nationalism.

Again, similar to the Korean situation, being as vulnerable as we are, makes us a testing ground in the battle for supremacy and individual interests of the great powers.

It is my conviction that in the Balkans, all nations, including Serbia above all, should give up denying the magnitude of the mistakes they made during the wars, because that is the root of all the problems. If only the entire region, with the support of the new US administration, would take a much bolder and more single-minded approach to integrating within the EU and NATO, this would set the entire region on a path towards a value system that guarantees the rule of law, peace and security.

Unfortunately, the world has become so accustomed to the 70-year-old Korean status quo and the 30-year-old Balkan problem that it is very difficult to take any real step forward. However, we must not allow these two situations to continue to fester.

This additionally obliges us to have more wisdom and tolerance and to show more strength in the fight against exclusivity, self-interestedness, superficial attitudes and prejudice.

And let us not allow setbacks to discourage us. We can also learn something from them too. It is so important not to forget that faith and belief in success is already half the battle.

Today, the struggle for the public interest, which was mostly limited to the efforts of individual states or alliances of states, is increasingly turning into a struggle for what is good for the entire planet, for the global good of humanity as a whole. And that should give us hope.

I truly wish the Korean people well in their path towards peaceful reunification and hope that a clear process in that direction, as envisaged by UPF, can begin really soon. I particularly want to commend UPF's efforts under the umbrella of "Think Tank 2022", to bring together over 2000 of the world's top experts in relevant fields, to find ways to make it happen.

Thank you very much and it has been a privilege to take part in this latest Rally of Hope.

Note that this text may vary from the video, because the video was edited for the broadcast.

This is the short version of the video with subtitles.