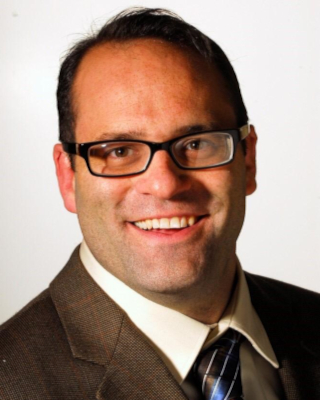 I’d like to offer a few remarks on what I believe — as a U.S.A, Washington, D.C.-based international affairs journalist, who has made many visits to the Asia-Pacific and reported extensively on a range of issues there, including in Northeast Asia on issues pertaining to North Korea and China, and South Korea and Japan — what I believe to be key pillars of responsibility for both government-sponsored but also, especially, private and non-profit news media and communication companies in the region, as well as those that cover the region from outside, such as from the United States.

One of the primary pillars is to promote and maintain awareness that free-market democratic societies should tolerate and not be intimidated by the presence of a free media space full of political opposition and critical debate or criticism of government leadership.

Healthy, free-market democracies should be promoting and appreciating a healthy amount of freedom in the media space. What I’m talking about specifically are the diverse mix of independent media of many different political leanings across the print, radio and television landscapes (of course all of it online) in South Korea and Japan (with regard to Northeast Asia specifically), and then the Philippines and Indonesia and others (with regard to the rest of the region). Free media in these countries, I believe has a vital role and really a responsibility to promote an understanding and an appreciation for how very different the media spaces are in China or North Korea that are controlled tightly by the authoritarian apparatus of the state.

It follows that media in democratic societies of the Asia-Pacific must continue to retain the right of private ownership, AND …  must also promote awareness of propaganda infiltrating the international information space — often masquerading as news — generated and projected by authoritarian, government-controlled or government-owned media, mostly notably from China, but also very much from North Korea and Russia.

The pillar of media freedom, if we can call it that, is what separates freedom loving and freedom appreciating societies of the Asia-Pacific from authoritarianism. And the implications of this are big — because they reach well beyond the news media and into the cultural, artistic and of course even the religious space as well. My over-arching point here is that anyone working in the free media space in the Asia-Pacific should be aware and should be open to promoting an awareness of what the alternatives to that free media space are — and the alternatives I’m talking about are the authoritarian spaces, where no criticism of those in power is tolerated, and where ownership of information, ideas, politics and culture are concentrated into a very small number of authoritarian hands.

The second primary pillar I want to address is the pillar of conscientiousness that I believe media in the Asia-Pacific and anywhere around the world really, should have toward civil political discourse. Just because the media space supports freedom and freedom of debate and criticism, that should not be an excuse for crass or base or racist or insulting rhetoric, or an opening for exploitation by radical elements of a given society. This is a point that can be delicate and debatable in democratic society, but I think, based on my own experience working in the U.S. media now for more than 20 years, I believe conscientiousness to civil political discourse is a goal that should be pursued by all societies and is especially important to democracies, which are notoriously messy and intrinsically prone to political upheaval and rebirth as a matter of practice.

Finally, I’d like to say a few points on what I believe is the need for free media in the Asia-Pacific to push for openings of coverage, information and communications both with China and North Korea. While the government of China tolerates a limited presence of foreign media, it has flirted with eradicating that presence in recent years, particularly with regard to major U.S. news organizations, and I think everyone should be wary of that and should stand up for the need for foreign media to continue to be allowed to report from inside China, including all over the country, such as in Wuhan, where the COVID-19 pandemic is believed to have begun, but also in Xinjiang, where the U.S. government has accused the Chinese authorities of genocide against Muslims and ethnic minorities. Beijing claims these accusations are baseless. Well, it should allow outside journalists into those areas then.

With regard to North Korea, the whole world might benefit from more coordination among free media companies, not only from the Asia-Pacific, but also from the West, that could be working more effectively together to petition the North Korean government to hold conferences inviting foreign media into the country, if only to create a basic opening for on the ground coverage, as well as some civil society dialogue between Pyongyang and the rest of the world that has been stifled in recent years. I know this may sound like a lofty idea. But It’s something to hope for.

I’ll conclude by saying how much I appreciate the media space in the Asia-Pacific and how much I and others in the U.S. media rely upon free English-language streams of information in the region, although I — like just about everyone else participating here — am also very excited about the prospect of one day, hopefully soon, being able to travel to the region again.

Thank you very much for having me.