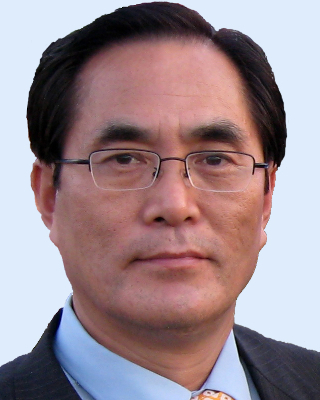 The Unification of Korea with Chinese Support

The Korean people were united as one people, with one language, one culture, and shared values, for thousands of years. It was our people’s great misfortune that after World War II, because of the rivalry between world powers, our country was suddenly and unexpectedly divided into two. The Korean people had virtually no say in this.

Then, in the decades that followed, the Cold War rivalry, between the democratic Western countries and the communist countries, played out on our peninsula and widened the divide between us. Now, over 70 years, two generations of young people have been born in this unfortunate situation. They have been raised under different systems and taught very different values. Our shared history and culture have been shattered.

Even now, the unification of our country is a national priority for both South and North Korea. However, our two governments have very different visions for the future of our nation.

The national interests of six countries all collide in Korea – the United States and Japan, Russia and China, as well as those of North and South Korea. For a while the 6-party talks seemed like a way to address all these interests, but no agreement could be found, and after 6 years of negotiations they evaporated into thin air, as if nothing had happened.

There is a saying in Chinese and Korean: The one who tied the knot has to untie it. This means the nations that divided our country have to be involved in uniting it. It is not something that Korea can do on its own. As you know, North Korea attempted reunification just two years after the division, by invading the South in 1950, during the Korean War. That war ended in a draw between the UN forces and the Chinese, who backed North Korea.

Realistically, as Chinese power and influence have grown in the world, we need to focus on the relations between China and Korea. The United States is far away, but China is our neighbor. Our relationship dates back thousands of years. For centuries, Koreans respected China as a big brother nation, because of its culture as well as its size and power.

Now, although the world has changed in many ways, the reality is that we neighbors have to live together in peace. As I see it, the best way to advance the situation is for South Korea to initiate diplomatic talks with China. South Korean leaders and diplomats need great wisdom to handle the situation, but I believe there is a way to gain China’s cooperation in Korean unification.

First of all, China’s main concern is South Korea’s military alliance with the United States, especially the presence of US forces in our territory. Frankly, if China and South Korea can come to a mutual security agreement, there will be no need for US troops to remain. This is an issue that has been controversial in the country for a long time. Many South Koreans already support the withdrawal of US forces.

On the other hand, many other South Koreans fear a reliance on China. Therefore, the solution is for Korea to declare itself a neutral nation, like Switzerland. If South Korea can convince China that this is its ultimate goal, there is no reason for China to resist Korean unification. It is in China’s interest to have a peaceful, united Korea as its neighbor.

Of course, China will have to negotiate with North Korea concerning its nuclear weapons, but I believe this is something that can be worked out as well, if China backs reunification.

In short, great wisdom and diplomatic skill are essential to bring about Korean unification. But it should not be seen as impossible. No Korean really wants to have foreign forces in our country. Becoming a permanent neutral nation like Switzerland is our best option.

Rev. and Mrs. Moon have proposed that a Peace Park could be built in the DMZ that currently divides North and South Korea. They have also suggested that it would be the perfect location for an Asian headquarters of the United Nations. This would help protect the international status of Korea as a neutral nation.

Some experts have argued that this vision of a united, neutral Korea is a fantasy. But my view is that all good outcomes begin as ideals. We need to envision a positive outcome, and then promote it consistently and persuasively. If we can communicate our dream to the Chinese leadership, earning their trust and support, I strongly believe there is a way forward.

The Chinese people have been known for thousands of years for their practicality and wisdom. I believe they can come to see that this plan would serve their interest and advance world peace.

Therefore, I would recommend to both South Korean and Chinese leaders and diplomats that they elevate their perspective and find a way to work together to resolve the very complicated problem of Korean unification.

We Korean people cannot abandon our dream of a peaceful, united nation. It is up to us to work with our neighbors to make it a reality.