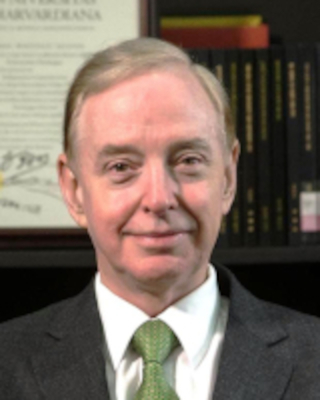 Headwing Thought in relation to Korean Culture and Peace on the Korean Peninsula.

Thank you very much, Mrs. Komagata. It is indeed a happy opportunity for me to participate in this important Europe & Middle East ILC seminar series and to share some thoughts on “The Korean People’s Common History and Culture as a Factor for Peace on the Korean Peninsula.”

My presentation today is on “Headwing Thought: Interdependence, Mutual Prosperity and Universal Values in relation to Korean Culture and Peace on the Korean Peninsula.”

Here (slide 2) we see the typical map of the Korean peninsula today, sharply divided between two political regimes that are fundamentally antagonistic toward one another. Over here on the left, we can imagine a unified Korea, one that is based on the common history and culture of the Korean people. The question is how to get from one to the other, and today I want to suggest that headwing thought is a way of thinking that can help move the Korean situation in that direction.

For example, we can see here the natural environmental issues and weather patterns that affect life in Korea. Now in the summertime, the prevailing winds on the Korean peninsula are from the south, meaning that we get the same kinds of typhoons that also appear in Japan and in other parts of the Asia Pacific region. But during other times of the year the prevailing winds are westerly from mainland China and the Gobi desert, and so fine dust pollution is a major issue between Korea and China. This reminds us that we are all interdependent on the level of the natural environment.

Likewise, we also find interdependence in the human realm: parents and children, husband and wife, students and teachers, friendship, citizenship, and so on. In economic relations also, economic exchange values are based on the interdependence of buyers and sellers, wholesale and retail. All ownership is in the context of interdependence.

So, we could diagram it in this way: Centered on original design or purpose, humans and the natural world are in an interdependent synergy, through which the dialogical process of give and take mutuality can lead to peace and prosperity for all: a healthy environment, economic cooperation, and the interdependent context of human ownership.

We can diagram mutual prosperity in this way: it is based on parental love and purpose-centered relationships as an extension of the family model. As shown in this diagram (slide 10), headwing thought promotes the development of social organization from the simple to the more complex, beginning with individuals centered on heavenly design or purpose, growing into families, tribes and nations. This development leads to mutual respect, good governance and harmony among stakeholders, not only in the family but also in the community, nation and region as well.

So, we can say that on the individual level, realizing universal values is a matter of one's own heart & mind and body, and the development of good character as an individual person. Then at the same time socially, we and all of us together are involved in activities that lead to the realization of cherished universal values.

To move from the sharply divided political map of the Korean peninsula to a unified Korea, resources can be found in the religious and cultural traditions that have shaped life on the peninsula, beginning from the shamanistic traditions associated with Korea’s legendary founder, Dangun. Then there came the Confucian tradition with its emphasis on filial piety and human-relatedness, and the Buddhist tradition which seeks a way of life beyond selfish desires. Though it is a late-comer, the Christian tradition is also strong in Korea.

The three core principles of headwing thought: interdependence, mutual prosperity and universal values all center on the concept of mutuality in relationship and action. This value of mutuality has been carried by the religious traditions of Korea. Interdependence with the natural world is deeply connected with the earliest religious tradition of the Korean people and their legendary founder Dangun, represented by the shamanistic tradition. Mutual prosperity modeled on the family is deeply connected with and carried by the Confucian tradition. Universal values have been sought, discovered and realized through the Buddhist and Christian traditions, both on the individual level and on the level of society itself.

These core religious and cultural traditions of Korea also have resonance in the surrounding nations, which are key to peace on the Korean peninsula. The shamanistic tradition in Korea is related to shamanistic traditions found in the folk religions of China, and especially Siberian shamanism; there is also a kind of resonance with the Shinto religious tradition of Japan. The Confucian tradition still has an important part in Chinese culture today, and we also find Confucian influence in Japan. The Buddhist tradition also has links to China, and has particularly flourished in Japan. The Christian tradition comes strongly from the United States and is also found in the Russian federation. So, all these religious and cultural traditions which are carriers of universal values can provide a wider cultural context for peace-building on the Korean peninsula.

As a specific example of peacebuilding, the Headwing thought of interdependence, mutual prosperity and universal values was the foundation for the personal summit that the founders of UPF, Dr. Sun Myung Moon and Dr. Hak Ja Han Moon, held with Chairman Kim Il Sung of North Korea in 1991. It was essential that the UPF founders came to that summit meeting on the foundation of tremendous work in civil society, building linkages of interdependence, not only in Korea but also throughout the world. Secondly, mutual prosperity: the importance of the brotherly attitudes and even language and ritual forms which characterized the summit are an important element in ongoing negotiations on the Korean peninsula. Third, in terms of universal values, the co-operative devotion of many religious people and organizations was part of the background of that summit, and indeed such cooperation is needed for the on-going peace and reconciliation process today.

Therefore, I suggest that Heavenly Unified Korea can be realized through the Headwing insights of interdependence, mutual prosperity and universal values as manifested in the shared resources of Korean culture.

That’s the main content I have to share with you today. I look forward to our discussion. Thank you very much!