Intervention of Mr. Jun Isomura at the webinar on 26 March 2021 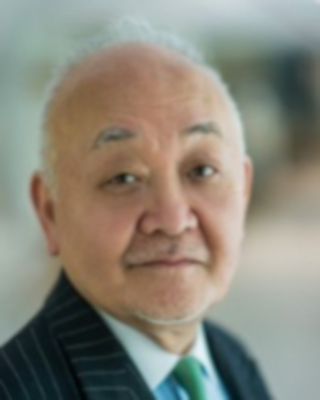 The view from Pyongyang today is that the Korean Peninsula situation is under the terms of the Korean Armistice Agreement, which still means "technically at war."

On 27 July 1953, the U.S. representing the United Nations Command signed the agreement with North Korea and the Chinese People's Volunteer Army.

Therefore, Pyongyang says, "the U.S. regards the DPRK as an enemy and vice versa. Without ending the war, nothing can work. Ending the war means achieving peace. The U.S. should decide which path to take, war or peace."

In June 2018, in Singapore, U.S. President Donald Trump and the DPRK leader Kim Jong-un signed a two-page joint statement. It was the first time a North Korean leader signed a document between the U.S. and DPRK. Pyongyang's long-standing dream was for Kim Il Sung to stand in an equal position with the President of the U.S.

President Trump said that if North Korea would keep its promises on the joint statement, then the U.S. would stop the war games. Trump committed to providing security guarantees to the DPRK.

However, since U.S. President Biden and his administration came into office this January, North Korea has two possibilities: either they cooperate with the Biden administration based on the promises made by Trump, or they continue down their path of nuclearization.

The primary concern is that the Biden Administration does not have a trusted channel with Pyongyang. On 14 March, Reuters issued an article with the headline, "North Korea unresponsive to behind-the-scenes Biden administration outreach – U.S. official." The report said a senior Biden administration official told Reuters that they tried to reach out to the North Korean government "through several channels starting in mid-February, including in New York." And "To date, we have not received any response from Pyongyang."

Biden described Kim as a "thug" and said he would only meet him "on the condition that he would agree that he would be drawing down his nuclear capacity" during his election campaign.

Pyongyang is likely to be unhappy with these insensitive leaks of information to the media. Much more, they will likely refuse the aggressive approach of Biden, who called Kim a "thug."

It is purely an issue between Washington and Pyongyang. There is no room for South Korea to get in there, since the R.O.K. didn't sign the armistice agreement.

The difficult history of the Korean Peninsula

During the last 130 years, there were five significant incidents related to the Korean Peninsula, viz. the First Sino-Japanese War in 1894, the Russo-Japanese War in 1904, the Japanese Annexation of Korea in 1910, the Manchurian Incident in 1931, and the Korean War in 1950; one incident every 10 or 20 years.

Today, there are three major military and political superpowers, namely the U.S., Russia, and China, and three major economic powers in Northeast Asia: the U.S., China, and Japan. However, there are not any regional institutions for keeping order similar to the E.U. or ASEAN.

Without order and cooperation, it will be impossible to settle the issues of the Korean Peninsula.

There are many optimistic and romantic opinions, and, on the other hand, many pessimistic, stereotypical views, including rumors on the Korean Peninsula, especially on the DPRK.

However, South Korea hasn't shown a specific concept of the unification of the two Koreas. At least, the DPRK will not be interested in unification. They are proud as an independent country with the Juche Idea. And they do not trust much South Korea supported by the U.S. Pyongyang is often irritated and anxious about the unstable political situation of South Korea. They even think that the US Forces stationed in South Korea are necessary to maintain stability in South Korea.

Koreas' unification might not be a singular solution and a measure of stability of the region. More than that, it could be a trigger of another conflict in the area. China and Russia will be likely to have another view. Also, without the support and cooperation from other members of the region, the dream of unification is unable to be realized.

Of course, the unification of the Koreas belongs primarily to the Koreans. In that respect, Pyongyang has practiced seriously and kept its independence for the last 60 years with the three generations. In the long history of the peninsula, perhaps for the first time, the DPRK has maintained its independence by excluding others' interference, no matter how painful their situation is and destitute they are. Pyongyang sees the R.O.K. as being unable to survive without the U.S.'s help, and they say the R.O.K. is not truly independent.

In such a sensitive and complicated region as Northeast Asia, creating trust and confidence is the most important, but also the most challenging process. All member countries have some conflict with each other. Today's situation looks like a new cold war in the region of Northeast Asia between the three superpowers.

However, all the counties in the region should seriously consider the stability and cooperation between the members. one idea would be to establish a Northeast Asia Economic Zone, including Mongolia and Taiwan. Mongolia is the key country between China, Russia, and the Korean Peninsula as a neutral neighbor. This economic zone would even help the development of the Far East of Russia which is quite behind today.

It might be pretty similar to the establishing process of the E.U., since the international Pan European Union envisaged by Count Richard von Coudenhove-Kaleggi in 1923. Without the E.U., the unification of Germany might not have been as successful as it was. Therefore, the EU and Germany would be great teachers for Northeast Asia.