Intervention of Mr. Keith Bennett in the IAED webinar on 5th march 2021. 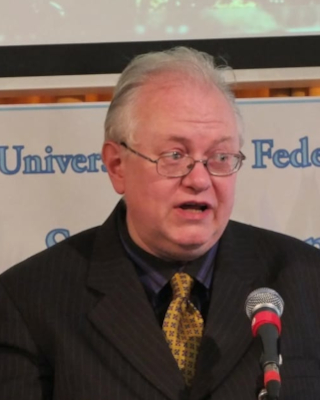 Thank you, Claude and Chantal, and the friends at UPF, for arranging this meeting and inviting me to speak.

I think that the theme of this meeting embodies an important truth. That economic development, and the connections it makes and the prosperity it builds, is also one of the best ways to build peace and prevent war.

I’m speaking today in a personal capacity, but in the United Kingdom, I am the Deputy Chair of a business organisation called the 48 Group Club. In China, we are known as the Icebreakers. Back in 1953, before I was born, we took the very first trade mission from any western country to the then newly formed People’s Republic of China.

The founders of the 48 Group, who included Lord Boyd Orr, the first Director General of the UN Food and Agricultural Organisation, had been forged in the horrors of the Great Depression and the Second World War. They were not motivated simply by business, but even more by a belief that mutually beneficial and equal trade would prevent war and defend peace.

In the course of my professional life, I have also tried to engage in such Icebreaking with the Democratic People’s Republic of Korea (DPRK). I first visited China in 1981 and the DPRK in 1983 and have travelled back to both countries very frequently, observing their development, ever since, with the exception of the last couple of years, when personal circumstances made travel impossible for me.

The first thing I would like to say is that if you have not visited the DPRK, almost everything you have read and heard about the country is likely to be either untrue or at best partial and one-sided.

After the war, although the DPRK received some support from other socialist countries, the level of external support could not be compared to that received by the ROK in the south.

Yet it was the north that rehabilitated its economy first and outpaced its compatriots in development for at least a couple of decades. Certainly, on my first visit in 1983, it was very clear that at that time North Korea had a higher standard of living than China.

After Japan, North Korea was the first country in north east Asia to industrialise. To have a majority of its people living in towns and cities. Literacy is universal and Korean people are industrious and hard working. The country is known to be sitting on a vast array of raw materials with a value in the trillions of dollars.

Many of North Korea’s economic problems arise first from the division of a natural economic unit that existed as a single political entity for centuries, even millennia. For example, much of Korea’s arable land is in the south. And also from an international environment in which North Korea has been progressively more unable to attract investment from, or even to trade normally, with other countries.

Addressing this latter issue is the most vital question in realising the goals advanced by this meeting.

Because of their geographical location and long historical experience, Korean people place a great emphasis on independence. In the north this is known as Juche and like many Korean expressions it defies simple translation. Often rendered as self-reliance, it rejects the blind following and copying of others. But according to North Koreans’ understanding, as opposed to the caricature generally presented in the west, this does not equate to a closed door. It does not reject equal exchanges or learning what is useful from others.

Inevitably much of this exchange and learning is centred on China, because of historic and contemporary similarities in political system, cultural affinities and the, to me undeniable, fact that China’s economic transformation over recent decades constitutes one of the greatest achievements in human history. Likewise, other regional countries, including Russia, Mongolia, Vietnam and Cambodia, can provide useful reference points, not least through there also either being, or having been, socialist countries, like North Korea.

But what North Korea has in mind is certainly not a carbon copy of China or any other country. Nor is it accurate to view the DPRK as some kind of recalcitrant pupil tagging along from the back of the class.

The size of China’s population, and hence potential market, simply cannot be compared to that even of a future reunified Korea. China was also able to begin its economic reforms against a highly favourable international political environment, which certainly doesn’t pertain at the present time in the case of the DPRK. China could kick start its economic lift off essentially by turning itself into the cheap labour manufacturing and assembly factory of the world, with a near limitless supply of labour power from a then poverty stricken countryside. North Korea absolutely does not have that amount of labour power and much of what it does have has already been urbanised for a couple of generations.

Again contrary to much popular belief, the DPRK, whilst cherishing its self-reliance and independence, has long been interested in inserting itself into the international market place. The country’s first joint venture law, adopted in the 1980s, actually predated the equivalent legislation in China. This legislation has been progressively augmented over the years and business delegations and lawyers who I have taken to the country have generally been favourably surprised by its detail and sophistication.

In various instances, and over a considerable period, the DPRK has actually shown itself to be more flexible and more innovative than China in terms of the economic collaborations it has been prepared to envisage. We can see this in the permission given to open casinos (whatever one thinks of that particular industry – and the two casinos in the country are, in my opinion quite rightly, off limits to local citizens); in the previous operation of the Kumgangsan Tourist Zone with Hyundai Asan; or the major investment in mobile telephony, first by Loxley from Thailand and then by Orascom from Egypt.

Shortly after Kim Jong Un became the leader of the country, following the death of his father, plans were announced to create special economic zones, each with its own specialism, in every province of the DPRK. And the planned major tourist area, centred on the coastal city of Wonsan, was also earmarked as a site for major foreign investment.

What is preventing these plans from coming to fruition is not a lack of interest on the part of the DPRK, but the political and security environment. In recent years, in particular, successively more draconian sanctions have increasingly rendered most business with the DPRK impossible.

Whatever one thinks of President Trump, and in general I’m no fan, it was to his credit that he at least tried to resolve this issue. Naturally, he had more than one reason to attempt this, but certainly on a number of occasions he has shown an acute awareness of the DPRK’s economic potential. And, at his Singapore press conference, right after his first summit with Kim Jong Un, when hopes were quite high, he remarked that he looked at these things from the perspective of someone with a background in real estate. An interesting perspective.

We have to wait and see what the policy of the Biden administration will be. And with everything that’s in its in tray, I think we may have to wait some time. But crucially neither China nor Russia currently has any appetite to strengthen the sanctions regime and quite some appetite to mitigate or ameliorate it, perhaps starting with humanitarian issues. Nor do they currently have any great appetite to do the United States any favours.

Progress on the economic front can contribute to peace and security. But a breakthrough is needed on the peace and security front for there to be progress on economic exchange and cooperation. There is a vicious circle here that needs to be broken with courage, imagination and new thinking.