Intervention of H.E. Mark Phillips at the 5th Rally of Hope 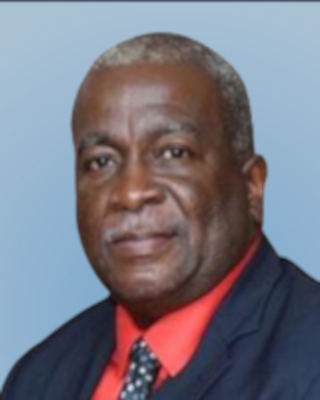 Current and former Heads of States; Government and Civil Society Leaders, Religious Leaders, I extend greetings on behalf of His Excellency, President Dr. Mohamed Irfaan Ali, and all of Guyana. It is my distinct honour, on behalf of President Ali, to deliver the keynote address on the theme of this rally: Building Partnerships for Peace: Interdependence, Mutual Prosperity and Universal Values.

I have observed with great interest the hosting of the previous rallies of hope that began in August 2020 and note with admiration the unrelenting efforts of the UPF, through the vision of the late Rev. Dr. Sun Myung Moon and his wife, Dr. Hak Ja Han Moon. These rallies have created a foundation, inviting international and interreligious collaboration in the achievement of peace among our nations.

In today’s world, serious global issues abound, among which include a staggering degree of interpersonal, political, cultural and religious conflicts. Conflict among humans is a concept as old as time, and peace, as a result, has evaded us on this earth for centuries. But every new day, we have a chance to start anew and fix the errors of the past while forging a new path forward; a path to resolving conflict and uniting as a global unit. And so it brings us to consider the theme of this rally: Building Partnerships for Peace: Interdependence, Mutual Prosperity and Universal Values.

Interdependence, by definition, considers the mutual reliance one on another within a relationship. In Guyana, we have a saying: “Hand wash hand, mek hand come clean”. I see this as a fitting example of how interdependence plays a key role in the bigger picture of peace. And the direction we speak of is towards mutual prosperity - the second component.

Prosperity - the concept of thriving - is the goal that all peaceful efforts must work towards. Partnerships built on interdependence and mutual prosperity must further be built on strong universal values - common ground. In Guyana, like any country, we have suffered our share of conflicts. Racial and political divides have arisen among our people for decades. From the pre-independence disturbances of the 1960s; to the gang-related killings of the 2000s; to recent incidents of unrest within the last year resulting from an attempt to hold our democracy at ransom during our last general elections.

Our country is not perfect, but our resilience as a people and our determination to achieve racial harmony among our citizens remain steadfast. Our government continues to work with all stakeholders to implement policies and initiatives that seek to work with our people towards becoming living examples of the tenet “One People, One Nation, One Destiny” as enshrined in our motto.

But the difference in the cost of peace and the cost of war is blatant: Over the last decade, the GDP growth of countries that improved in peace was seven times higher than that of countries that deteriorated in peace. Meanwhile, the economic impact of violence was 14.8 trillion dollars in 2017 or 12.4 percent of global GDP. So I pose this question: What does a future built on peace look like?

World leaders, decision-makers and even religious leaders must be able to collectively plan and develop ways to respond to the requirements of peacebuilding and this, too, can only begin by building strong partnerships. If we could achieve it, we can transcend the barriers we have created through religion, nationality, cultures, class, creed and other differences that divide us. I wish this Rally of Hope every success, and leave with you the words of Dr Martin Luther King Junior.: “Peace is not merely a distant goal that we seek, but a means by which we arrive at that goal.”