Seoul, South Korea, world leaders and experts renewed their calls for peaceful reconciliation on the Korean Peninsula during the virtual Rally of Hope on September 12, 2021 (KST). The event, broadcast live from South Korea and attended by millions of online participants from around the world, featured the Universal Peace Federation’s (UPF) new initiative, Think Tank 2022, which seeks to build a global strategy for a major breakthrough for peace by the end of 2022. 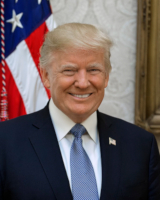 “I truly believe that an extraordinary future awaits the people of North Korea — and I have faith that if they pursue the path of denuclearization, they will make that future a magnificent reality,” former U.S. President Donald Trump said in remarks prepared for the event. “Until that blessed day comes, the indispensable force for peace on the Korean Peninsula remains a strong America. As we have seen recently in other parts of the world, weakness only invites more violence and chaos.”

Click here for the video and text of the Intervention of Hon. Donald Trump in the 7th Rally of Hope 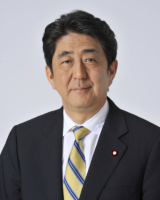 Former Prime Minister of Japan, Shinzo Abe, described how despite numerous hurdles, including an unprecedented one-year delay, with no athletes allowed to go outside of the athletes' village, the Tokyo Olympics and Paralympics were able to be held, albeit without spectators. "Sharing such inspirational moments transcending ideology, religion, ethnicity, nation, and race enabled the world to once again realize the bond that unites humankind,” he said.

Click here for the video and text of the intervention of H.E. Shinzo Abe in the 7th Rally of Hope 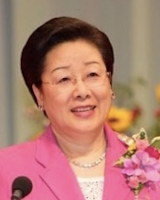 The rally, the seventh such event since August 2020, is among the growing efforts of UPF Co-Founder Dr. Hak Ja Han Moon to address worldwide challenges, including poverty, equality, and environmental degradation, as well as the peaceful reunification of the Korean Peninsula. “Now the time has come for Korea to fulfill its responsibility,” Dr. Moon said at the event. “The prospects for peace on the Korean Peninsula are excellent. This will happen.”

Dr. Moon and her late husband, the Rev. Dr. Sun Myung Moon, are both natives of what is now North Korea and dedicated their lives toward reunifying their homeland and building a more peaceful world. The online rally, which was live-streamed in the U.S. on September 11, included a solemn prayer engaging the global audience in honor of the thousands of lives lost in the 2001 terror attacks.

Click here for the video and text of the intervention of Dr Hak Ja Han Moon in the 7th Rally of Hope. 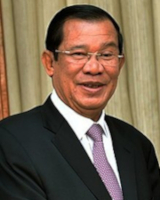 “As a country placing priceless value upon peace, Cambodia highly appreciates the organization of this rally to strengthen the culture of peace and mutual trust under the framework of international cooperation in the Asia-Pacific area,” said Samdech Hun Sen, prime minister of Cambodia, whose Asian Vision Institute will serve as the Asia-Pacific Secretariat of Think Tank 2022. He recalled when Phnom Penh was captured by the Khmer Rouge in 1975 during the Cambodian Civil War, saying, “We remember the tragedy and are determined to prevent such a similar event from happening again... We vividly understand that peace and nation-building can only be achieved by the local stakeholders in the conflicting country.”

Click here for the video and text of the intervention of H.E. Samdech Hun Sen in the 7th Rally of Hope 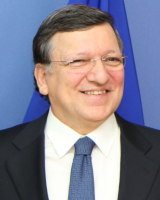 Speaking in a personal capacity, former president of the European Commission José Manuel Barroso attested that even though it was originally created as an economic organization, the European Union is about peace and therefore strongly supports Korean reunification. “What the global community can do, and I believe it should do even more, is to show strong support to facilitate [and] create the best external conditions for the Koreans themselves to find a way for true reconciliation and peace,” he said.

Click here for the video and text of the intervention of H.E. José Manuel Barroso in the 7th Rally of Hope 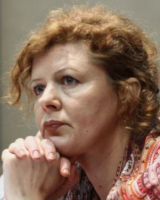 Former Serbian president Nataša Mićić referred to the uncanny parallels between the histories of the Balkan and Korean peninsulas, which have both been invaded by foreign powers for centuries. She expressed that the struggle for the public interest is increasingly turning into a struggle for the global good of humanity as a whole, and that should give us hope, which is why the contribution of each nation, and of each NGO, is so important.

Click here for the video and text of the intervention of H.E. Nataša Mićić in the 7th Rally of Hope 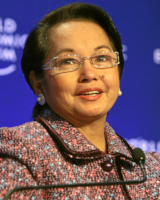 In her remarks, Gloria Macapagal Arroyo, former president of The Philippines, said, “With leaders Kim Jong-un and Moon Jae-in exchanging letters since April and announcing the restoration of several communication channels in July — including a military link demolished by the North last year — let Korea’s example teach the world that peace can thrive if humanity can dream together.”

Click here for the video and text of the intervention of H.E. Gloria Macapagal Arroyo in the 7th Rally of Hope 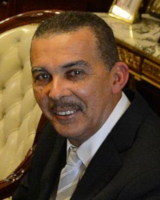 Anthony Thomas Aquinas Carmona, former president of Trinidad and Tobago, said, “Collaborative goodwill is the engine of any successful peace process. Reunification and reconciliation require genuine maturity rather than filibustering, a meeting of the minds and hearts, celebrating the common good — not revisiting the painful past, but rather connecting to the intergenerational and intragenerational hope, ambition, and vision of a united Korean people.”

Click here for the video and text of the intervention of H.E. Anthony Thomas Aquinas Carmona in the 7th Rally of Hope. 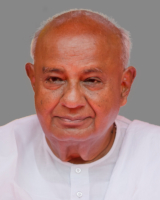 H.D. Deve Gowda, former Indian prime minister, affirmed his solidarity with the Think Tank 2022 Global Forum and launch of the Asia Pacific Think Tank Secretariat in collaboration with the Asian Vision Institute based in Cambodia, and expressed his belief that the Rally of Hope series would be successful in addressing the critical challenges of our time, promoting constructive dialogue and multilateral cooperation for the sake of peace and human development.

Click here for the text of the intervention of H.E. HD Deve Gowda in the 7th Rally of Hope

Other rally speakers included the four governors of South Korean provinces, as well as newly elected Seoul Mayor Oh Se-hoon, Gwangju Mayor Lee Yong-sup, and Busan Mayor Park Heong-joon, who congratulated Dr. Moon and UPF for the work to advance reconciliation and cooperation on the peninsula.

Think Tank 2022, which is developing Expert Working Groups (EWGs) linked to UPF’s seven international associations, will spearhead peacebuilding projects such as a UN Peace Park on the DMZ, building a Korea-Japan undersea tunnel, boosting Geumgang Mountain tourism development, helping separated Korean families find their relatives, and a call for the UN to establish an office in Korea. Think Tank 2022 has already hosted numerous webinars and will also carry out fact-finding consultations, international leadership conferences, and a major World Summit in South Korea implementing a “One Million People's Relief Association.”

The work of UPF globally aims at promoting constructive dialogue among leaders from all sectors and with diversity of political, philosophical and ideological points of view. In a world characterized too often by polarization and an unwillingness to respectfully engage with those who represent “the other side,” UPF seeks to foster a wider dialogue — a political ecumenism that breaks down barriers and charts a path to mutual respect and understanding. Nowhere is such an approach more desperately needed than that of the Korean Peninsula. For this reason, UPF is engaging with leaders of nations and political parties that are allied with both North and South Korea and are guided by principles of respect, civility, and a commitment to reconciliation.