Brussels, Belgium—Three Korea experts at a UPF webinar gave their opinions on prospects for peace on the Korean Peninsula.

“What Are the Prospects for a Successful Peace Settlement on the Korean Peninsula?” was the title of the online conference held on March 26, 2021.

The Western Europe branch of UPF organized the webinar together with the Europe-Middle East branch of the International Association of Academicians for Peace (IAAP), a UPF constituent association.

Since the end of the Cold War, several peace initiatives have been attempted on the Korean Peninsula, with varying degrees of success. Recent attempts by the Trump administration to secure an accord with North Korea and the latest meetings of the two Korean presidents raised expectations that have not been fulfilled. They have shown, however, that political will can go a long way in initiating a thawing process after decades of conflict. A new US administration has now settled in. South Korea will have elections in 2022.

Three expert speakers from Europe and Japan discussed the chances for progress of the peace process on the Korean Peninsula, and what lessons can be learned from previous efforts at securing peace agreements. 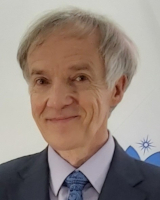 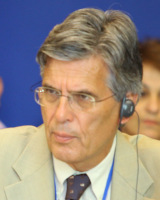 Amb. Marc Vogelaar, former Director for External and Public Affairs at the Korean Peninsula Energy Development OrganizationThe first speaker was Marc Vogelaar, an independent international affairs consultant and former ambassador of the Netherlands. As a former director of the Korean Peninsula Energy Development Organization (KEDO), the organization responsible for the implementation of the US-North Korea Agreed Framework, he spoke about the lessons learned from trying to solve a crisis that is over 70 years old.

A peaceful settlement should be based on a broad mandate, he said, and it should combine political concessions with economic benefits for all stakeholders. The scope of the Agreed Framework signed between the US and the DPRK was too limited, he said. Upfront denuclearization was a precondition, while in the implementation of the agreement, for which KEDO was responsible, the essential needs of North Korea were not catered for. The collapse of KEDO in 2002 indicates an incoherent US policy toward the issue on the Korean Peninsula. Three ill-prepared meetings between Donald Trump and North Korean leader Kim Jong-Un tried, in vain, to turn the tide.

Still, the prospects for a peaceful settlement are good, Ambassador Vogelaar said. North Korea’s objectives need to be understood clearly. Deals with North Korea should be broad, all-encompassing and also reversible, in case the country does not keep its promises. 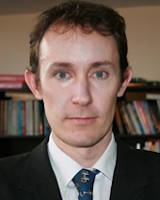 Dr. Barthélemy Courmont, Professor of modern history and international relations at the Catholic University of LilleThe following speaker was Barthélémy Courmont from France, a professor of contemporary history and strategic relations at Université Catholique de Lille. He said that South Korean President Jae-In Moon responded to a new missile test by North Korea by adopting a harder tone, declaring that South Korea has developed its own capacity to defend itself, if necessary. As to Korea’s diplomatic sovereignty regarding the situation on the peninsula, this was also an important statement for the United States.

Since early 2018, there have been many more meetings by officials from the two Koreas, and also by economists who want an easing of the UN sanctions to enable investments in North Korea. Most importantly, the nature of the relationship between the two Koreas has changed under President Jae-In Moon, Professor Courmont said. This gives more hope for a peace treaty, provided that it will be supported by the other stakeholder countries, the United States in particular. The younger generations, who traditionally have shown little interest in North Korea, now tend to believe in the merit of a peace treaty with North Korea, Professor Courmont said.

South Korea has now become a significant actor in the peace process, while in the past dialogues were mainly conducted between the United States and North Korea. Professor Courmont said he seriously doubts the Biden administration will pursue the same agenda as President Trump. Most probably North Korea will be asked to denuclearize before anything else, he said. All deals should be included in a broader deal leading to peace. As long as trust in North Korea is not restored, every deal must be reversible. There is the strong risk that the United States may not listen to South Korea. 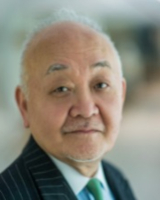 Mr. Jun Isomura, Senior Fellow, Hudson Institute, Washington DC, USAThe next speaker was Jun Isomura, a senior fellow at the Hudson Institute in Washington, D.C., and an expert on East Asia and the Pacific, defense strategy, Russia and the DPRK. He reminded the audience that, following the armistice signed in 1953, the two Koreas are still technically at war and regard each other as enemies. The Biden administration has no trusted channel of communication with Pyongyang, he said. President Joe Biden has stressed the need for North Korean nuclear disarmament before the US and UN economic sanctions can be eased.

Northeast Asia has no regional institutions comparable to the European Union or the Association of Southeast Asian Nations (ASEAN) to organize the economic and military superpowers in the region, Dr. Isomura said. So far, South Korea has not yet specified which form of unification it is considering. The unification of the two Koreas may trigger other conflicts in the region, as China and Russia are likely to have other views.

North Korea needs to be included in the negotiations about the Korean Peninsula, and its views need to be considered, Dr. Isomura said. Actually, all countries in the region should be involved to guarantee stability and cooperation in the region. One possibility is the establishment of a Northeast Asia Economic Zone, including Mongolia and Taiwan. President Barack Obama’s visit to Vietnam shows that dialogue is possible with a former enemy, if confidence is re-established. As North Korea has betrayed its past engagements on many occasions, vigilance is needed. 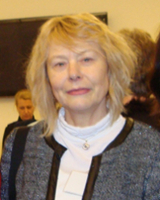 Mrs. Brigitte Galois, National President, FFWPU LuxembourgThe following comments came from the question-and-answer session moderated by Brigitte Galois, the leader in Luxembourg of the Family Federation for World Peace and Unification (FFWPU), an organization that is affiliated with UPF:

Once it becomes irresistible for North Korea, a poor country, to accept to be encapsulated in both economic and security cooperation structures, it will open up as soon as it no longer feels threatened.

North Korea will not be seen as a buffer between China and South Korea in the future, but as an inheritance from the Korean War. It should be officially recognized so that it can be incorporated into the international community.

It remains to be seen whether the two Koreas will continue to exist as neighbors or as one country. Their unification, at this stage, cannot be on the condition that one country adopts the regime of the other.

A one-time, all-encompassing deal, including the denuclearization of the entire peninsula and a peace treaty, should be negotiated with North Korea.

He said he considers the EU a shining model for peace. Despite many challenges, peace and freedom were achieved thanks to reason and forgiveness, and the implementation of the Christian dictum “love the sinner but hate the sin.”

The concluding remarks of the panelists highlighted the following points:

Europe is stable, in spite of internal differences and challenges—like anywhere in the world. Hopefully, peace will be promoted and found in Northeast Asia, India, and the Pacific region at large.

There are no trusted channels of communication between Pyongyang and Washington, D.C. Americans have difficulty to understand North Korea’s way of thinking and vice versa.