The UK chapters of UPF and its constituent association International Media Association for Peace (IMAP) jointly organized the conference.

The title of the March 25, 2021, event was “Transition to Peace on the Korean Peninsula: What Confidence Building Measures Are Necessary and Who Can Guide the Process?” 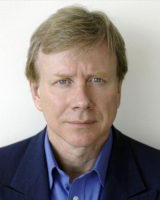 Humphrey Hawksley, author, commentator and broadcasterThe moderator was Humphrey Hawksley, an author, commentator and broadcaster. He is a former BBC foreign correspondent, author and commentator. Joining in 1983, this work has taken him to crises on every continent. He was expelled from Sri Lanka, opened the BBC’s television bureau in China, arrested in Serbia and initiated a global campaign against enslaved children in the chocolate industry. He is a documentary maker including ‘The Curse of Gold’ and ‘Bitter Sweet’, examining human rights abuse in global trade. He is a prominent commentator and an author of both fiction and non-fiction books. He is an expert on US China tensions in the Asia Pacific. 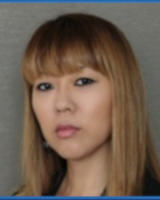 Presenting an overview of the roller coaster of US-DPRK relations in recent years, Ms. Town identified the US-DPRK summits as the high points of diplomatic engagement—and the ICBM missile tests, nuclear warhead tests and name-calling the confrontational, low points.

After the failure of the 2019 Hanoi Summit to emerge with a deal, from the DPRK’s perspective the door to negotiations is unlocked, but the onus is on the United States to open the door. That door should not remain untried, she said, given that the DPRK is increasing its nuclear sophistication and the quality of its conventional weapons. The US has to come up with some initial actions, such as lifting the travel ban for US citizens or removing obstacles for NGOs to provide humanitarian assistance. The status quo is not a viable option, she said. 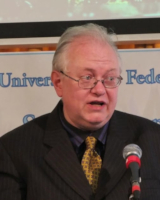 Mr. Keith Bennett, Deputy Chairman of the 48 Group Club and Deputy Chairman of the Kim Il Sung Kim Jong Il Foundation, United KingdomKeith Bennett, a consultant specializing in Korean and Chinese affairs with a long-term, close relationship with the Democratic People’s Republic of Korea, highlighted the lack of assurance, from the DPRK perspective, in any agreement made, given the changes of policy that have followed elections in the United States and ROK. He perceives that in Washington a US-DPRK summit meeting is believed to be a favor bestowed by the US president, but he emphasized that it is not seen that way in Pyongyang.

"Current prospects for a diplomatic breakthrough do not seem very positive," Mr. Bennett concluded, adding, "It is therefore something for civil society to ponder over and think what can be done. The extensive and imaginative program currently being rolled out around the world by our friends, the UPF, will hopefully have a positive impact in this regard." 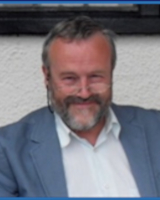 He emphasized that we are repeating ourselves in making it to the first base and never taking the step to the second. New US and ROK administrations reversed the policy of their predecessors to the detriment of building trust.

Mr. Foster-Carter also said he believes that the DPRK has not made enough effort for peace. They have rebuffed ROK President Jae-in Moon's overtures. "No South Korean president has done more for the North, and none will again, you can be sure of that," he said. He also said, “North Korea chose its outsider status long ago.” 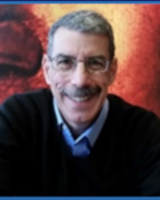 Mike Chinoy Non-Resident Senior Fellow, US-China Institute, University of Southern California and former CNN Senior Asia CorrespondentThe next speaker was Mike Chinoy, a non-resident senior fellow at the US-China Institute, University of Southern California, and a former CNN senior Asia correspondent and the author of several books, including the recently US released Are You with Me? Kevin Boyle and the Rise of the Human Rights Movement. Mr. Hawksley mentioned that his previous blockbuster books on the DPRK had earned him invitations to Pyongyang and the White House.

Asked by Mr. Hawksley to consider the human rights perspective in relation to the DPRK, Mr. Chinoy was very clear that there would be no benefit to the people of North Korea to focus on human rights issues. There is no diplomatic process between the US and DPRK at the moment, so adding human rights to the agenda would not be fruitful. He suggested that an entry point for a discussion on human rights in the DPRK could be in the areas to which the DPRK is a signatory nation: the Rights of the Disabled, the Convention on the Rights of the Child, as well as the International Convention on Economic, Social and Cultural Rights. There would be a hope that later the conversation could be broadened when there was greater trust between the two nations.

Commenting on the US-DPRK relationship, Mr. Chinoy said one critical point was being missed. Since 2017 the DPRK has maintained its self-imposed moratorium on ICBM testing and nuclear testing. That was a big concession for Kim Jong Un, and from the DPRK viewpoint there was no comparable concession on the US side. The North Koreans are looking for a big gesture from the US side—for example, the reiteration of former Secretary of State Mike Pompeo’s statement of “the American goal of achieving a fundamentally different strategic relationship between our two countries.” Mr. Chinoy said that if North Korea concludes this is not possible, we may see another round of provocations as the DPRK allows itself to do all the things it has held back from since 2017.

Dr. Katsumi Otsuka, chair, UPF for Europe, Eurasia and the Middle EastDr. Katsumi Otsuka, the UPF chairman for Europe and the Middle East, gave the closing remarks. He reminded the audience that 2021 marks the 30th anniversary of the dramatic visit of the UPF founders to Pyongyang. There they met with North Korean President Kim Il Sung, whose regime had attempted to kill Reverend Moon in prison camp in the late 1940s.

“The step for reunification by physical force is over and should not happen again,” Dr. Otsuka said. “The step for unification by competition, I can say, has finished by the winning of South Korea, but the way to reunification is still far away. Now is the time, therefore, to pursue the unification by the third way: with a new idea. That is the proposal of the 'Head Wing' [thought] by Reverend Moon. The Head Wing vision is not the idea to destroy one’s opponent but the thought to embrace even one’s enemy, creating a new identity and mutual respect.”

Confucian values of respectful relationships are common to democratic and non-democratic nations in Northeast Asia. When Reverend Moon sent his envoys to North Korea, he advised them to give respect to all they met. Reverend Moon told them: “You must give your adversary the respect and dignity you, in your bias, may not think that they deserve! In the long term it is worth it! You can change your adversary into a partner.” Dr. Otsuka referred to Rev. Dr. Martin Luther King Jr.’s advice to his followers: ‘We never get rid of an enemy by meeting hate with hate; we get rid of an enemy by getting rid of enmity.’”

When asked by Humphrey Hawksley if UPF saw itself as the center of the process of making peace on the Korean Peninsula, Dr. Otsuka agreed that UPF wants to support the efforts to peace. "We want to be the glue that holds the two nations together," he stated, adding, "Just as [UPF co-founders] Rev. Dr. Sun Myung Moon and Mrs. Hak Ja Han Moon risked their lives to visit North Korea 30 years ago, now Mrs. Moon wishes to visit North Korea once again to be that glue for both countries."