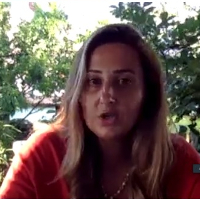 First of all, many thanks to the Universal Peace Federation for the opportunity to talk about "Mutual Values and Prosperity in the Middle East" in these extraordinary days of COVID-19.

When we look at the Middle East, on the one hand it is the intersection of commercial air and sea travel between the other key regions.

The geography of the Middle East is diverse and includes everything from fertile river deltas and forests to mountain ranges. And we know that most countries in the Middle East are oil-rich. The Middle East can be seen as a global energy hub, a linchpin of international financial networks and a crossroads for human civilizations and migrations.

On the other hand, the Middle East has been the world’s most controversial region for more than seven decades and still today. There is a saying that much of what is good (and evil) in the world is based in the Middle East or passes through it.

If we have a closer look at the general picture of the Middle East before COVID-19, what we see is wars in Iraq and Afghanistan, the ongoing conflict between Palestine and Israel, the unsolved quarrel over Kashmir, the recent clash of powers between Saudi Arabia and Qatar.

Additionally, there have been three ongoing civil wars—lasting for five years in Yemen, six years in Libya, and nine years in Syria—plus months of deadly protests in Iraq, the implosion of Lebanon’s monetary system, and the third Israeli election in a year.

We should underline the fact that Syria’s war has displaced more than 12 million people (half its population) both internally and externally. A total of 6.5 million have been displaced internally in Iraq and Yemen. In Libya, more than 435,000 people have been displaced. The startling statistics go on: About 11 million people in Syria need humanitarian aid; in Yemen, 24 million; in Libya, 2.4 million; and in Iraq, 4.1 million.

Additionally, in recent months the region has become even more fragile, since being hit by what I call “twin disasters”: the coronavirus pandemic and the historic collapse of global oil prices.

From my point of view, these are the facts that we should accept and think about more deeply in order to face the challenges.

In the Middle East, due to its controversial nature, the biggest investments so far have been in guns, defense systems, military expenses; in other words, “security” has been the biggest concern. Building higher walls has been the growing trend for many years and decades.

Yet maybe in a way we should be thankful to COVID-19, which made us understand again that none of these walls are high enough to protect against even one unseen virus, since it threatens the oil-rich billionaire and a refugee in the same way and almost equally—no matter what statues, religion, gender and ethnicity that person has.

Therefore the journey to "Mutual Values and Prosperity in the Middle East" starts when we leave ambitions, stop looking down on one another, and stop looking at people and nations to see how wealthy they are.

Instead of building walls, it is time to build bridges from heart to heart. It is the time for empathy, the time for peace and making investments in health, education and technology. Therefore, we should be working to preserve the plurality and diversity of the Middle East. We should be advocating for prosperity, peace and security for everyone, remembering that we are all equal under one God.

In this journey we should include people of different faiths and embrace fact-based, respectful dialogue, mutual recognition and cooperation to promote justice in the Middle East through the advancement of educational, cultural and social ties in our local and global communities. Our dream should be promoting unity and peace!

At this point we can talk about different formats, we can establish a number of different ways and institutions to focus on:

The establishment of governments that respect the rule of law, with better governance, and respect the human rights of their citizens and minorities is also vital in the Middle East.

Yet, considering the realities of our conflicted world—where power is scattered and diffuse—regional and global peace and security stand a chance only if all nations and all regions are united as a family. Therefore, we need more bridges instead of walls.

“In times like these, we need each other more than ever.”