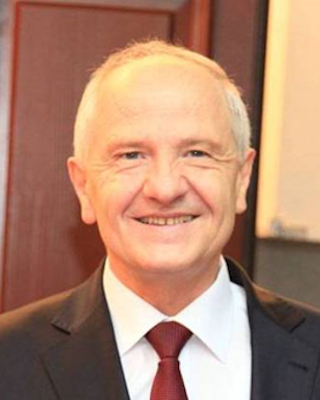 First of all, I wish to express my thanks to the organizer, UPF, for the opportunity to discuss and exchange experiences regarding current situation and prospects of Western Balkan. This kind of conferences represent the future, not only because of popularity of digital means of communication but because of unfortunate circumstances we all find ourselves in due to current Pandemic.

It is certain that after Covid 19 the world will not be the same. The pandemic has exposed the inevitability of global connectivity, as well as the need for greater solidarity, humanity and mutual trust. The paradigm has changed and the whole of humanity is facing new challenges that require adequate and quick answers. In crisis situations, as is the case with Covid 19, politicians have the task of establishing and strengthening the trust of citizens, which was already greatly damaged even before the pandemic all over the world. Another possibility is to increase authoritarianism due to the crisis, which is a danger, especially in systems that are not immune to this phenomenon. In the Balkans especially.

Otherwise, the key issue of the Western Balkans is normalization and reconciliation, which is a long and difficult process. So far, numerous initiatives have been launched and some progress has been made, but unfortunately, we are still at the beginning. It could be said that this process has been in regression in recent years. First of all, because regional political elites are not ready to give up their national policies.

Some problems are almost insurmountable, such as dealing with the past, which is the first condition for reconciliation. In general, there is no readiness in the entire region to face the past. And the most serious and complicated situation is in Serbia, which refuses to see its role and responsibility in the wars of the 1990s. At the internal level, the issue of the devastating consequences of the war policy have not been open yet, although it is at the root of all current problems in Serbia.

The thesis that support Serbian innocence and the relativization of its role for the wars at the end of the 20th century is dangerous because it fuels aspirations based on expectations that international circumstances will change in Serbia's favor at some point. The second thesis suggests that Serbia is constantly threatened by an external enemy.
International circumstances also affect this situation in the region. The international liberal order on which the architecture of the Balkans is built has been seriously disrupted even within the old democracies. Some basic principles have been called into question, which are widely used by regional political elites.The region is additionally facing difficulties that are unique: the consolidation of new states, the transition and transformation of the value system.

So, two processes take place at the same time. The process of creating new identities and the process of formal commitment to membership in the European Union. Although they have the same goal, our countries differ in orientation and the efforts they make. In terms of Euro-Atlantic integration, Montenegro plays a leading role. The fact that Albania, Montenegro and Northern Macedonia are members of NATO is also significant. Kosovo also sees a future in NATO. However, although a member of the Partnership for Peace, Serbia is committed to military neutrality, which further complicates the integration of the entire Balkans.Over the last 30 years, great efforts have been made to pacify and consolidate the Balkans.

However, numerous actors are constantly confronted here, and that is why it is important to be under one umbrella. Specifically, the EU and NATO, because that alone opens up a perspective for development. The division into spheres of interest would keep the region constantly under tensions and instability. It is also a chance for the region to opt for a value system that guarantees the rule of law, security, human rights and tolerance, followed by economic empowerment. Resolving the Kosovo issue and consolidating Bosnia and Herzegovina is very important for the pacification and relaxation of the Balkans.Only as a region can the Balkan states be relevant in international relations. That is why regional cooperation is imperative! But she must be honest and equal.

The Western Balkans still need the strong support of the European Union. Otherwise, a favorable space is created for other partakers to interpose and manipulate. True, the EU has reduced its influence in this area due to internal problems, but that is why Germany continues to persevere in these efforts.

On the international scene, all Balkan countries care more about the individual image and attach more importance to the balance of power in the world, than they show a willingness to cooperate with each other. That is why every kind of cooperation is precious. This webinar is also a good way, but I would also like to mention the importance of organizations such as the Podgorica Club, which brings together former presidents and prime ministers of the region, or, for example, the Regional Women's Lobby, which brings together current and former politicians and civil society representatives.

I believe that in the future, such initiatives will become more and more important, that there will be more of them, and I especially hope for more successful regional cooperation.