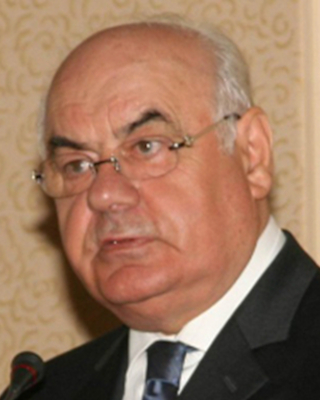 Dear friends and participants in this meeting,

I highly appreciate this conference undertaken by UPF, International Summit Council for Peace Balkans and also supported by the Podgorica Club, to exchange views on what they should do better and more to further improve relations and trust between the peoples of the Balkans.

It is quite disturbing and interesting at the same time how the nearly 25 million people of the Western Balkans, who have lived on this peninsula for centuries, are still not finding the right peaceful balance of coexistence and understanding between each other. The centuries-old history is extremely painful, but the lessons learned are few, unlike other European nations, which despite past events, know how to create equilibrium.

There are many reasons for this. It is not just linguistic, cultural differences, traditions or religious differences that keep the situation still aggravated. Such differences are and will be everywhere. If we look deeper, it becomes clear that in the first place are the interests of local policy-makers, who are more interested in their stay in power than in ensuring peace and understanding between their peoples.

In this situation, the religious leaders of some countries also have a negative impact, who not only do not take a step back from the well-known old nationalist mentalities, but invest greatly to feed them and keep them alive.

If we take a general look at the situation in the Western Balkans, it becomes clear that there is an unequal development of these countries in terms of both political and economic development. And this is true also from the point of view of EU accession. The negotiations for EU accession have been opened to Serbia and Montenegro, which makes us happy. While Albania and Northern Macedonia, despite the fulfillment of some even capricious demands of their neighbors, are still at a preliminary stage and unknown and with many obstacles to move forward. Bosnia has applied for membership, while Serbia is blocking any progress in Kosovo. Not only Serbia, but also some EU member states, still refuse to recognize Kosovo, despite the Advisory Opinion of the International Court of Justice (ICJ) to recognize its independence as a state. While Bosnia has a totally unclear situation, with a bipolar state, with so many differences, that could hardly agree to always coexist together. This has turned Bosnia into a virtually ungovernable country. Albania and Kosovo on the other hand are in a permanent state of crisis. This comes from the fact that many failed political leaders still continue to circulate and fight for taking and retaining power at all costs.

It should be said openly that the EU is right to be reluctant to accept new members, and the pace of progress on our part is too slow, which negatively affects the mentality of our peoples, especially the youth. This as a result increases the tendency in them to emigrate, as it is being generated the feeling of an infinite solution. People want to enjoy life, which is not very long, and consequently patience is lost.

For this reason, I would propose that the EU become more tolerant, given the old military saying that: "The soldier learns the step by being in line". Thus, the accelerated inclusion of the Western Balkans into EU would be more productive, rather than following the established procedures which are highly bureaucratic. In all respects, a quick solution would be more cost-effective, both economically and in the interest of security.

In conclusion, I can say that it is necessary for us Balkan people to work harder in order to increase the trust and the understanding between our peoples, while the EU must understand that without putting us in line, it will difficult for us to acclimatize to the ways of living and running a democratic European state. Therefore, do not hesitate to accept us amongst you, as we are. In this way we will get used to the rules of European democracy faster and better.

Thank you for your patience and understanding!