Intervention of Hon. Pier Ferdinando Casini in the Peace Talks on 26-5-2020

Details
Written by Hon. Pier Ferdinando Casini, Member of the Senate of the Republic of Italy
26 May 2020 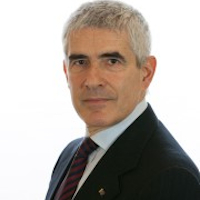 World War II ended 75 years ago. The policy choice made by the main West European countries (including Italy) united them in a military alliance, NATO, and led them towards the path of European integration. That European and Atlantic policy has ensured our freedom, progress and democracy. The Second World War gave rise to two opposing blocs, around which the system of international relations was polarized ─ even beyond Europe ─ throughout the post-war period and until the collapse of the Communist regimes in Eastern Europe and the dissolution of the USSR.

After the end of the Cold War, we witnessed a wave of progressive democratization involving East European countries and large swathes of other regions, like Latin America, where several countries overcame totalitarian dictatorships and regimes (some of which admittedly Fascist). The fall of the Berlin Wall deluded us that the world was problem-free and that the benefits of globalization, neoliberalism, international cooperation and scientific progress could avoid new tensions and conflicts. In reality, we found ourselves faced with new challenges, namely: international terrorism, which has undermined peace and peaceful coexistence among peoples since after 9/11, the tragedy of migrants, global warming, economic and financial crises.

This transition confirmed our Atlantic and European policies and the value of multilateralism, including our active participation in the United Nations system.

Since 1989, however, these policies have been less relevant. Globalization has brought out new protagonists and challenged the old balance of power by drawing a scenario marked by increasingly widespread and severe conflicts, instability, terrorism, poverty and social division: a multipolar, yet not multilateral world. Multilateralism, with all its shortcomings, remains the only possible approach. Indeed, increasing interdependence and integration crosses not just national but continental borders, as Covid-19 has shown: this leaves us with no other choice. Today all these international organizations seem to be weaker. Since the outbreak of the pandemic, many have lashed out at the WHO. The WHO was accused of political partisanship and of not managing the pandemic crisis in a consistently transparent way. Of course, some of Mr Trump's criticism in this regard is acceptable; it is undeniable that delays in communicating the danger, contradictory indications about the rules of conduct to be adopted and little transparency in the decision-making processes generated a growing and dangerous confusion. But it is in everyone's interest that the WHO be the strong and authoritative medical and scientific voice that it is expected to be. And it is everyone's duty to ensure its autonomy and independence and to revamp its role.

The terrible experience of the war gave a boost to European unity: 75 years ago Schumann marked this momentum with his historic declaration. In recent years, nationalist forces have raged against the EU and, also on this occasion, complained about its lack of solidarity. But if it is true that Europe was initially disjoined (just think of Ms Lagarde's market-disrupting gaffe in the first few days of the crisis), only a few days later the ECB launched its first funding initiative. More recently, European institutions have done little, almost to the point of forcing the limits imposed on their action (as the German constitutional court, albeit indirectly, understood). We can argue that more should have been done or will have to be done, but no-one can say that no help was given: delegitimizing or weakening European institutions is not the way to go forward.

In the next few decades, the real challenge should be the ability to curb nationalist temptations on both sides of the Atlantic, to curb that longing for division and boundaries, after experiencing the sheer force of a virus that is not concerned with national borders. Prosperity will depend on global trade and the movement of people. Nationalism weakens peoples by depriving them of international institutions to protect them, especially in times of serious difficulty. This and other crises will not be overcome through a comeback of the nation State but with the construction of broad geopolitical spaces and the sharing of a common destiny.