Intervention of Dr. Alexander Vorontsov at the webinar on 16 November 2020

Details
Written by Dr. Alexander Vorontsov, Head of Department for Korean and Mongolian Studies, Institute of Oriental Studies of the Russian Academy of Sciences.
16 November 2020 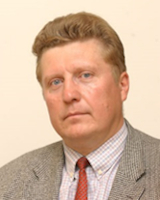 Dr. Vorontsov first explained that president Trump succeeded in meeting directly with the leader of North Korea, Kim Jong-un, three times, and this is a very important fact, because the main problem of the so-called “Korean problem” is the great mutual mistrust between Washington and Pyongyang and Pyongyang and Seoul and, of course, a personal meeting between the leaders of these countries is a great tool to reduce this mistrust.

Then, Dr. Vorontsov addressed the issue of how both Koreas faced the situation with Covid-19. According to him, Korea demonstrated a unique and interesting way of dealing with the problem. For some outside people it is not a very understandable type of behavior and reaction, but the real fact is that both North and South Korea coped with the coronavirus pandemic relatively very successfully, in comparison with the majority of other countries. The level of COVID 19 in South Korea is low and it is under efficient control. North Korea's response was very different - it was complete isolation - they reacted immediately by closing the border with China and other countries.

North Koreans understand that local medicine is weak – a lack of support and lack of equipment - and if COVID 19 comes into the country, they will not be able to manage it, so they decided to close the country. They did it very strongly and very persistently in a very authoritative and not popular way. They themselves say that it is extreme, but the population responded to this and accepted it, and this is not because of the totalitarian society. It is because the roots of society are based on Confucian values.

In South Korea also the response was very different. Of course, South Korea has a very well-developed medical field, they have a lot of medicine and it is a very developed example of a democratic society. However, in this case, unexpectedly the roots of the deeply penetrated Confucius philosophy inside of the nation revealed themselves as well. For a long time, it was under a deep shadow, almost forgotten, but at this turning point for the nation, as happened many times before in the history of Korea, when the nation was faced with the question of “to be or not to be”, their Confucian values and collective behavior helped them to survive.

Of course, South Korea used very sophisticated and very creative means to cope with COVID 19, but the US also watched attentively the experience of South Korea and saw that five years ago the high Court of the Republic of Korea adopted a special law based on their struggle with the MERS and SARS pandemics. This law granted authority, without a court order, to collect personal information about the citizens and to deliver this personal information to the proper agency. Now we could see that this law was used very effectively. It is well known that if a person with COVID 19 leaves his home, the information about this is traced immediately and he or she is treated. The information about this person is immediately passed on to other people to give them the opportunity not to come into contact with him or her. This law is not typical for western style democracies.

“Why was it adopted in this country?”, he asked, “In my understanding this is the reflection of some deep Confucius behavior - in a critical situation, when we need to sacrifice some personal freedom and comfort to save the nation. So, both South and North Korea, of course in very different ways, using very different tools and ways of behavior, demonstrated successful results.”

North and South Korea may look like very different countries, societies and situations, and many specialists are debating now whether we have reached the point of “non unification”. Perhaps they are already totally different countries - for example like Germany and Austria - one language, but totally different countries. And many people in South Korea do not want to unify Korea, because they are very different countries. However, Dr. Vorontsov explained that the situation with COVID 19 shows that their common root still is in place, their philosophy, human, psychological, and Confucius values, which are deeply rooted in the conscience, mind and blood of Koreans - both in the North and South. And this will help to successfully overcome the great threat and challenge of the pandemic. This gives us some thought to consider. “From my point of view, the future of unification is not a closed topic”, he said.

Answering questions, Dr. Vorontsov said that from the Russian understanding, deepest mistrust is the key reason for the present situation, because the North Korean leadership is sure that despite the different declarations of Washington or Peace organizations, the main goal of Washington is the liquidation of the DPRK: regime change and the collapse of the DPRK. Therefore, they need to respond from their logic.

Dr. Vorontsov remembered one talk with a North Korean diplomat. He shared: “I visited North Korea every year, I was a student at the North Korea university Kim Il Sun university, I was a Russian diplomat in our embassy in the DPRK. I can share one bright example, from my point of view. On the eve of the withdrawal of North Korea from the Non-Proliferation Treaty, two weeks before, I had a personal conversation with a senior North Korean diplomat. It was a time when a great framework collapsed and North Korea was included in the Axis of Evil by the Bush administration, and the invasion of Iraq started, and everybody tried to understand which country would be next. In this situation, I told my North Korean counterpart: “If you withdraw from the Non-Proliferation Treaty, there will be a lot of very heavy and very painful consequences. I numerated them from one to ten. His response was: “Mister Vorontsov, your analysis is right. There will of course inevitably be all these heavy consequences that you mentioned now, and the Non-Proliferation Treaty is a very good treaty, which we respect. But the problem is that no matter whether we remain inside this treaty or we withdraw from it, if the USA decides to attack us, nobody can stop the United States. The UN will not save us, China will not save us, Russia will not save us, only we ourselves can save us. Therefore, we need to do something and they persistently try to do something, as we know.”

Russia of course strongly opposes the presence of nuclear weapons in North Korea and in other countries. Russia strongly supports the Non-Proliferation Treaty. Russia actively participates in all international efforts, the Security Council of the UN, to stop the nuclear activity of the DPRK and supports all of the UN’s declarations and resolutions, which imposed very heavy sanctions on North Korea. But at the same time, we say that dialogue is absolutely necessary. Dialogue with North Korea as with respected and equal in rights partners. Dialogue that will take into account the legitimate concern of North Korea in the security field.

What is the proposal of the US? The CVID formula - complete, verifiable, irreversible dismantlement - only after that will they discuss the security guarantee issue. Of course, for North Korea such an approach is unacceptable, and this has been testified to many times. Therefore, in the framework of the “six party talks”, the reliable formula was developed: “commitment for commitment, action for action”: simultaneous movement, with North Korea step by step stopping its nuclear activity and reducing its nuclear arsenal, and the international community reducing their sanctions and giving economic support. But, for them, even though economic support is important, first of all they need security, this is a given - it is the most important thing for them. They are ready to be under the yoke of sanctions for a long time.

Dr. Vorontsov explained that he visited North Korea before the COVID pandemic started last year, in September, and met with an academician in the economic field - a very bright and smart scholar, and he gave a broad and wide picture of the economic situation in North Korea. He said, “we very much understand that these sanctions will last forever. UN sanctions, US sanctions – they will last a long time. They will never lift them. Therefore, we need to live in this new economic situation.” As you know, North Korea has a long experience of living under sanctions and surviving. This academician demonstrated how they will adjust the economy to this situation of living under the yoke of sanctions. They have no fuel and there is strong restriction on fuel imports. Their agriculture is in a difficult situation, but they use the methods that their fathers were using when they did agricultural work: they are using bulls and labor forces, it is pitiable to observe, but they succeeded in producing sufficient space for the production of rice and other foods. They can and are ready to live under the sanctions regime. Moreover, during the pandemic situation, they increased their isolation more so than that caused by the sanctions. And we know that many scholars in western countries and the US have a feeling of satisfaction: “oh, it is good, their self-isolation will do what sanctions cannot do, this isolation will kill their economy completely and finally.” However, they evaluated their situation and understood that this COVID pandemic for them is more dangerous than the economic losses. They need to live under this self-isolated regime, and they know how to cope with these strong and heavy economic difficulties.

North Korean society, as everybody knows, is a very closed society, and to understand what every north Korean is thinking, what is inside his soul, is difficult. But the question about the contradiction in the political elite, the existence of different groups inside the political elite, such as technocrats, military people, etc., is opaque to the traditional European style of analysis. It is a typical question and all of us are trying to find something in this society. But this society is different. There are many possible answers - not only dictatorship, not only the strong control over the population - all of this exists of course- but at the same time we know that at the time when president Lee Myung-bak and president Park Geun-hye He were in power, it was a popular topic in the research community.

Many conferences were conducted, many articles were published with the topic of so-called “post-unification management” - what to do with North Korea after unification. And in these analyses, most of them, South Korean participants were sure that unification will occur on the basis of absorption, of course, the Germany variant. All the political elite of North Korea will simply be imprisoned. The caves are prepared for everybody in South Korea. I participated in some conferences and in one, a European presenter asked: “which court will judge these criminals in North Korea?” and some other participants replied “Of course, the court in the Netherlands”, but a South Korean representative said: “No, we have our own court in South Korea! Judge them by our South Korean law”. The North Korean political elite has no illusion about their future in the United Korea. And these circumstances make their unity around their leader stronger than all the Juche ideas and all the ideological pressure. Therefore, the situation is different.