The International Summit Council for Peace, a project of the UPF, co-hosted the Rally of Hope on August 9th. It represented the latest in a series of summits, real and virtual, held over the past two years (see www.UPF.org). It brought thousands of world leaders together in search of a shared culture of ‘interdependence, mutual prosperity and universal values.’ Four more world-level events are planned for this year.

The August 9th rally was a dazzling display of digital technology from the land of K‑pop where a live internet audience of more than one million people from around the world was held spell-bound for two-and-a-half hours on August 9, 2020 Another 90+ million people watched via as many as 70 live TV broadcasts and on various social media apps.

The rally’s theme was “Building a heavenly unified world through interdependence, mutual prosperity, and universal values,” and hosted a set of stellar speakers from East and West, North and South. They spoke in unanimity on the importance of nations working collaboratively to overcome the aftermath of Covid-19, on the need for universal moral and spiritual values to be inculcated into our cultures, and for UPF to play a key role in moving these agendas forward. 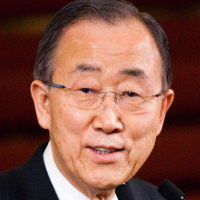 H.E. Ban Ki Moon, the 8th UN Secretary-General and Chairman of the National Council of Climate and Air Quality, highlighted four areas of global concern: i) tension between the US and China, ii) the rise of protectionism, iii) the threat of climate change, and iv) a crisis in values, ethics and social capital. Although he called this “a new Cold War in the COVID-19 era,” he also believed that UPF “will become a cornerstone to build lasting peace around the world.”

Click here for the full text of Hon. Ban Ki-moon 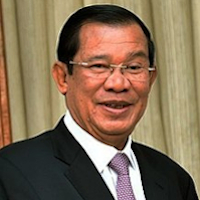 H.E. Hun Sen, Prime Minister of the Kingdom of Cambodia, emphasized that “maintaining peace and security in the world is an indispensable foundation for development… and should be [given] the highest priority.” The socio-economic recovery from Covid-19 cannot be solved at the national level, he said, “It requires deepening and broadening international cooperation in all fields.” He called for the Covid-19 vaccine to be freely available to all. 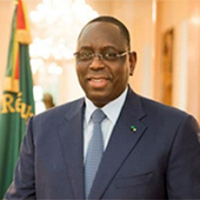 H.E. Macky Sall, President of the Republic of Senegal, began by honoring the Reverend Sun Myung Moon, who would have been 100 years old this year. "In order for the “post-COVID-19 world to be a better place for all,” the Senegalese President said we needed “faith, confidence in science, and determination to act together… working in solidarity and human fraternity, as UPF has always done, allowing us to “overcome our common vulnerabilities.”

Click here for the full text of H.E. Macky Sall 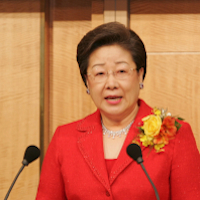 A special address was given by Dr. Hak Ja Han Moon, the co-founder of UPF. She recognized the Rally’s distinguished guests, coming from the highest places in business, academia, religion and politics. "Our strongest desire is to be one family under God; yet human history has seen a sad pattern of conflict and hatred. In this time of pandemic, it is difficult to see any future for humanity. Interdependence, mutual prosperity, and universal values are the key principles UPF promotes. Due to human ignorance and failure to cooperate, climate change and environmental destruction are ravaging the world. This ongoing catastrophe illustrates humankind’s tragic separation from its Heavenly Parent", she said. 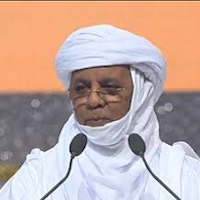 H.E. Brigi Rafini, Prime Minister of Niger since 2011, saw the Rally of Hope as transmitting messages of peace, along with a new moral, ethical and spiritual vision. He recognized that “living for others and for the public interest is the basis of development in an interdependent world.” Finally, he described interfaith dialogue and cooperation beyond race, ethnicity, religion or ideology as “universal values ​​that everyone affirms.”

Click here for the full text of H.E. Brigi Rafini 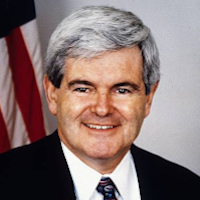 Hon. Newt Gingrich, former Speaker of the United States House of Representatives, is an optimist. He appreciated that the Rally of Hope was an important positive step forward at a time when the world was very troubled. He recognized that seeking peace, understanding and working together were keys to a successful future. The Speaker also noted that “what Mother Moon is doing, in carrying on her husband's work.is truly a historic mission.”

Click here for the full text of Hon. Newt Gingrich 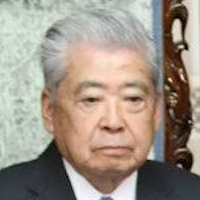 Rt. Hon. Date Chuichi, President of Japan's Upper House of Parliament,the 'House of Councillors', Japan (2016-19), recognized that the “spirit of ‘interdependence, mutual prosperity, universally shared values,’ which is taught by Rev. Moon and Dr. Han, was desperately needed.” In closing and referring to Mother Moon he said, “the world now needs someone who can be like a mother to all humanity who reconciles siblings.” 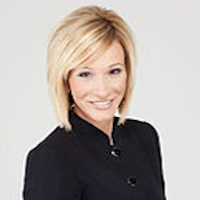 Reverend Paula White, Spiritual Advisor to President Donald J. Trump, began by pointing out that the family was the cornerstone of world peace. Then, woman to woman, she said, “Mother Moon, I respect and honor you for your perseverance, for being a forerunner nationally and globally, for dedicating your life to establishing international peace and good will and for being a true lover of humanity.” Rev. White ended with a prayer for the reunification of the Korean peninsula.

Click here for the full text of Reverend Paula White 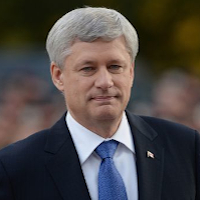 Rt. Hon. Stephen Harper, Prime Minister of Canada (2006-15), warned that the Covid-19 pandemic cannot be compared to the global financial crisis of 2008 and 2009. “This [crisis] is without precedent and we do not yet know the full outcomes...” He concluded by saying, “But if there is any organization capable of convening a truly global network of people committed to genuinely shared efforts then it is this one, UPF." 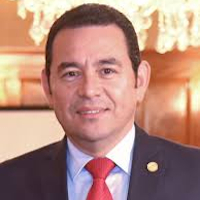 H.E. Jimmy Morales, President of Guatemala (2016-20), likened the current pandemic to smallpox in the 2nd century A.D. and acknowledged Mother Moon’s efforts to “promote peace, family and integration of the world” during this grim time. Finally, he called for the reunification of Korea, which he saw as the beginning of peace in Northeast Asia and throughout the world.

Click here to read the full speech delivered by the H.E. Jimmy Morales. 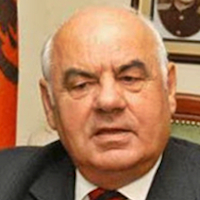 H.E. Alfred Moisiu, President of the Republic of Albania (2002 – 2007), and current Chairman of the International Summit Council for Peace in The Balkans appreciated the work of UPF and said, “It is a time for world leaders to reflect deeply and build together a world strategy how to move forward as a world family.” He also spoke of the Balkans Peninsula as the bridge between East and West. 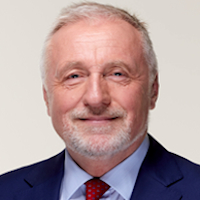 H.E. Mirek Topolanek, Prime Minister of the Czech Republic (2006 – 2009), expressed his confidence that building a world of peace and prosperity after the coronavirus crisis can be our goal if we keep the values that made Europe strong after WW2, “values able to protect our freedom” . “Let’s preserve the good from the past, avoid well-known mistakes and we will not lose the future”, he said.

Click here to read the full speech given by H.E. Mirek Topolànek 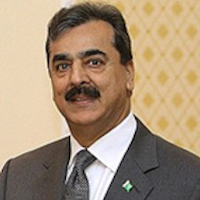 H.E. Syed Yusuf Raza Gilani, Prime Minister of the Republic of Pakistan (2008 – 2012) praised UPF for convening a dialogue on an issue which can transform our world in profound ways in the future. Speaking “as a survivor of Covid-19”, he said that “we should seize this opportunity for the world to come together, for wealthy countries to stand with countries who do not have the resources to fight this on their own”. “The vaccine should belong to humanity, to everyone”, he said.

The Rally of Hope was a tremendous success! In addition to the wonderful speakers, excellent entertainment was provided by the Little Angels Children's Folk Ballet, Mr. Kim Myung Gong and Ms. Park Ai Ri. On the foundation of this event, the next Rally of Hope will be held on Sep. 6th.

Video greetings from from Europe and the Middle East VIPs for the online rally of peace.