What lessons can be learned from the health crisis?

What lessons can be learned from the health crisis? Health systems and their management in the spotlight.

Translated from the French by Yvo Bruffaerts, UPF Coordinator for West Europe

See below for the video recording.

Our nations are facing a challenge of international magnitude, with invaluable consequences in several areas. Still, in the midst of a health crisis governments are criticized for being too fast, or too slow, for being ill-informed and unproportionately in favour of the economy and the health of the elderly. Many health problems not related to COVID are being sidelined. What lessons can be learned and what models can be followed? Is it possible to improve health systems, democratic governance and the role of scientific research? 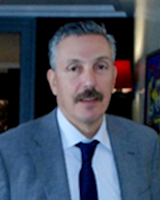 Dr Allal Amraoui, Député, Médecin, MarocAll these questions were raised during the webinar on 19 December2020, organized by the Universal Peace Federation (UPF) and the International Association of Parliamentarians for Peace (IAPP). As a moderator, Dr. Allal Amraoui, physician and MP (Morocco), introduced the panelists and guided the conversation. Mr. Jean-Marie Bockel, Senator (2004-2007, 2010-2020, France), as the outgoing mayor of Mulhouse, the city that was most affected by the pandemic in France during the first wave, summarized what he experienced. Dr. Sonia Ben Cheikh, Minister of Public Health (2019-2020, Tunisia) and virologist, repeatedly insisted on prevention as the best method to solve the health crisis. Mr. Emmanuel Dupuy, President of the Institute for European Perspective and Security IPSE (France), addressed the issue of unilateral cooperation as a solution to a crisis of this magnitude. 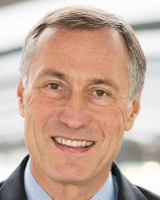 M. Jean-Marie Bockel, Sénateur (2004-2007, 2010-2020), FranceThe first speaker, Mr. Bockel, explained that in March 2020, Mulhouse saw the first coronavirus cluster. A military hospital had to be installed. The emergency services were saturated, they lacked the means and respirators. They had no masks. They were also the first to call on the solidarity of neighboring hospitals or those further away, in France, Switzerland and Germany. Within the Senate delegation to the local authorities, of which Mr. Bockel was a member, the functioning of the neighbouring countries, Switzerland and Germany, both federal states, was examined. They concluded that to function well in times of crisis, a country like France would need to decentralize more. Moreover, since the functioning of the various administrations is relatively watertight, they made a proposal, of which Mr. Bockel was one of the co-rapporteurs, that in times of serious crisis, the prefects of the departments should steer all public actors. In conclusion, a few days ago, the Minister of Territories, at the request of the government, proposed a new stage in decentralization that takes into account some of these proposals.

The moderator mentioned that health systems have collapsed in both rich and poor countries, and he recalled that we need to learn from our experiences during this pandemic in order to better prepare for possibly another crisis and protect households and the most vulnerable categories. 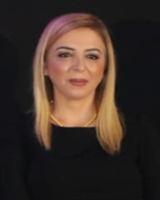 Dr Sonia Ben Cheikh, Ministre de la Santé publique (2019-2020), TunisieIn response to these questions, Dr. Sonia Ben Cheikh spoke about her experience between October 2019 and March 2020, when she was Minister of Health in Tunisia. She emphasized prevention as the best solution to the pandemic: wearing masks, hand hygiene, airing houses, social distancing, even if vaccines are available. Tunisia, as well as Morocco, has a very well-developed basic health care service, with dispensaries spread throughout the country able to stop the most common infectious diseases. The second level healthcare is the hospitals. However, with COVID-19 the whole system has been shifted to the third level of healthcare, i.e. the university hospital centers (CHU). The first wave of the epidemic hardly affected Tunisia, but since the end of the summer, there have been more than 4,000 deaths. In conclusion, Dr. Ben Cheikh said that Tunisia needs to decentralize health care systems and focus on local systems and preventive medicine.

"With solidarity we can defeat the virus”. With these words of UN Secretary General António Guterres, Dr. Amraoui spoke of the importance of solidarity and coordinated action of the human family, beyond existing divides. He wondered whether this crisis is not the result of mismanaged globalization. 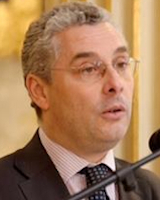 M. Emmanuel Dupuy, Président, l'Institut Prospective et Sécurité en Europe (IPSE), FranceAccording to the last speaker, Mr. Dupuy, the African continent, with its young population and only 3% of people older than 70, has been little affected by the pandemic. He spoke of four lessons to be learned. Firstly, investment in infrastructure is not sufficient. Secondly, the health issue has a very significant impact on families in economic difficulties due to declining wages and unemployment. Thirdly, there is a need to rethink health policies and governance by dedicating a larger share of GNP to the development of agriculture and business, while overcoming debt and combating tax evasion. Fourthly, partnership between countries to the south and north of the Mediterranean must be encouraged. In addition, he spoke of the need to address environmental issues to contribute to the resilience of health systems and, finally, he advocated the regionalization of the WHO to improve its global governance and local effectiveness.

Questions from the audience addressed natural and preventive methods, the role and effectiveness of WHO, and the availability of medicines and vaccines for everyone. Many solutions were evoked, such as the fight against excessive individualism and the return to a sense of community, a good policy that is concerned with prevention and also with mental health. It was recommended that the Maghreb countries should cooperate and share their experience with the rest of the African continent and that WHO should regionalize in order to reduce its administrative costs and be more effective. Finally, it is clear that each one of us is called to become responsible and to prepare for another possible crisis.

M. Jacques Marion, coprésident, FPU Europe & Moyen-Orient, FranceTo conclude the conference, Mr. Jacques Marion, President of the UPF Europe, the Middle East and North Africa Chapter, presented the IAPP, which was founded in Korea in 2016 and exists all over the world. The Moroccan chapter of IAPP, was inaugurated in Rabat in November 2018. For years, UPF has been working to foster dialogue and reconciliation in regions where peace is threatened. He mentioned the program of activities for the year 2021 that is primarily dedicated to the prospects for peace on the Korean Peninsula and also the Middle East. The program also features Africa - Europe - Middle East conferences to collaborate for peace and development in the region.

(Chantal Chételat Komagata, UPF Coordinator for Europe, and Alan and Brigitte Sillitoe of the Communications Department for UPF Europe and the Middle East contributed to this report.)