Seoul, Korea—Millions of viewers from 194 countries tuned into hundreds of broadcast stations and gathered online on Sunday, November 22, to call for a world of Interdependence, Mutual Prosperity and Universal Values at the “Rally of Hope” sponsored by the Universal Peace Federation (UPF) in Korea. Keynote addresses, prayers, testimonies, flower tributes and world-class entertainment were all hallmarks of the celebration, which made it more real than virtual.

Held in commemoration of the 70th anniversary of the Korean War while calling for the peaceful reunification of the Korean Peninsula, this third rally in the Rally of Hope series ensured that the power of hope echoed around the world. Previous Rallies were held in August and September 2020. 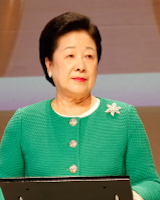 Dr. Hak Ja Han Moon, co-founder of UPF and keynote speaker in all three Rallies of Hope, outlined two new projects. First, she said, Korean War memorials should be set up in all 63 nations that gave troops, military supplies, medical support or humanitarian aid to Korea at the time of the conflict 70 years ago. (Many of these nations have memorials, but not all.) Moreover, Dr. Moon said, an online memorial should be established with a registry of all those brave young heroes who served or sacrificed in any way to support Korea during its darkest hour. This project will be launched in 2021, in commemoration of Father and Mother Moon's visit to North Korea 30 years ago, when they directly engaged North Korea's leader Kim Il Sung to explore a comprehensive roadmap for the peaceful reunification of the Korean Peninsula.

Second, Dr. Moon announced the establishment of an international association of artists for world peace. This new association will seek to create a culture of gratitude, peace and harmony, beginning with raising sons and daughters of filial piety who live for the sake of others.

Dr. Moon began her address by saying, “All around the world, unforeseen and unexpected challenges are erupting in the realms of politics, economy and religious strife that are happening due to COVID-19. We can see the limitations of relying on human efforts alone to solve these problems. The key to achieving a beautiful future is to recognize and welcome our creator, Heavenly Parent, into our lives.”

“What wind of good fortune brought the men to defend Korea in 1950? Young veterans came here to protect Korea. The warriors who shed blood on the battlefront will be eternally remembered in history.” she said.

She noted that Korean War veterans are now in their late 80s and 90s and added that, before it is too late, she would like to thank the 16 nations that sent troops and all the nations that supplied medical and equipment by holding this Rally of Hope in commemoration of their fight to protect freedom and democracy.

The online rally viewed around the world treated the audience to a dazzling display of musical and dance performances by The Little Angels, the highly acclaimed children’s Korean folk ballet company, as well as remarks by world leaders from a dozen countries. The highlight was a touching tribute in ballet, song and evocative poetry dedicated to the veterans of the Korean War. 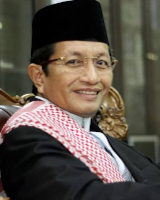 The Rally of Hope began with a peace offering from a religious leader. “Peace among religions is a precondition for world peace,” said Dr. KH. Nasaruddin Umar, Grand Imam of the Istiqlal National Mosque of Indonesia, who previously worked with UK Prime Minister Tony Blair’s interfaith team while teaching in London. 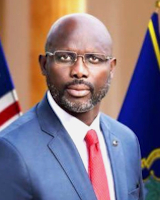 Dr. George Mannah Weah, president of the Republic of Liberia, saluted UPF’s efforts as “a leading force for peace in today’s world” as he recalled how his nation has endured “suffering, destruction and devastation caused by war and division.” 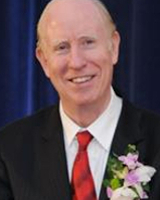 The Rally of Hope series is dedicated to “building a unified world of peace,” said UPF Chairman Dr. Thomas G. Walsh. Throughout 2020, UPF chapters around the world have been convening hundreds of programs toward this end, “and over the next two years, those programs will increase dramatically. We need your help,” he said. 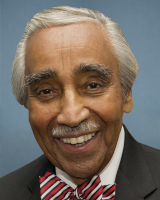 “I was wounded, left for dead, yet survived,” said Hon. Charles Rangel, a member of the U.S. House of Representatives from 1971 to 2017 and a Korean War veteran. Honorable Rangel said that he “never, never” wanted to return to the place that brought him “so much misery and pain.” But as a member of Congress, he did return to Korea, where he witnessed South Korea’s rising from ashes to become a symbol of democracy, freedom and economic expansion, and a key ally to the United States. “So, being able to not talk about war today, but 70 years later to talk about peace is so important. God did not create us to destroy each other,” Honorable Rangel said. He added, “I want to thank Mother Moon for the sacrifices she has made in order to create this organization for world peace.” 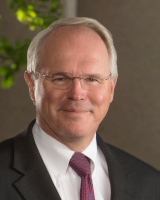 “To be sure, diplomacy has to play an important role, but I think every person has a role to play in trying to bridge divisions,” said Ambassador Christopher Hill, who has served as U.S. ambassador to Iraq and South Korea. “All kinds of people need to come together, as this group suggests, and see what we can all do in our own different ways to deal with these very difficult issues,” he said. He concluded, “I especially want to thank Dr. Moon for her absolutely tireless efforts in raising these issues and for founding UPF, which has done so much to raise the consciousness of the world. She knows better than any of us the tragedy of this war.” 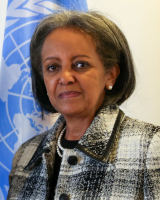 Ethiopia was one of 16 countries who responded to the call from the United Nations to help South Korea repel the North Korean invasion in 1950, said Ethiopian President Sahle-Work Zewde. The unforgettable bravery and sacrifice of these men and women who fought in that conflict “is a testament to Ethiopia’s unwavering commitment to the principle of collective security enshrined in the United Nations Charter,” Ms. Zewde said. 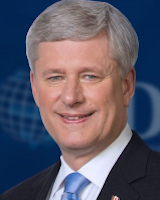 Canada was also part of the 16-nation UN force—and today, the average age of Korean War veterans is 88 years old, said former Canadian Prime Minister Stephen Harper. “So, let us use whatever opportunities remain to thank them from the bottom of our hearts for what they accomplished.”

Mr. Harper and several other speakers said the COVID-19 pandemic and its resultant economic, financial and medical turmoil stemmed, in part, from a lack of cooperation among nations. There are hopeful signs to fight the virus, such as treatments and vaccines, Mr. Harper told the Rally of Hope. And it has led to a new climate of unifying and cooperating: Even some Middle East countries “have put aside their differences with the signing of the Abraham Accords,” he said. 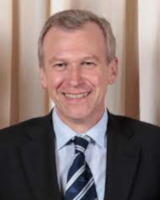 “We surely can effectively overcome COVID-19 if we join forces,” said former Belgium Prime Minister Yves Leterme, who recalled how more than 3,000 Belgium soldiers joined the UN forces to protect the Korean citizens from the communist invasion.

Click here for the full speech of H.E. Yves Leterme 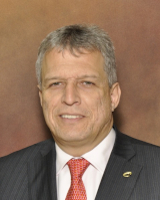 Colombia was the only Latin American country to join the UN forces, “and this important action has forged an eternal link with the history of South Korea,” said Colombia’s House of Representatives President German Alcides Blanco Alvarez. “The denuclearization of the Korean Peninsula is fundamental,” he said, as it “guarantees a stable and lasting peace, not only for that region of the world, but for the whole world.” 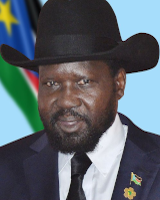 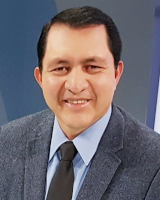 Although in El Salvador, “our peace process has been imperfect, we have shown the world that the solution to political crises and internal armed conflict is dialogue and finding agreement among brothers,” said Hon. Mario Ponce, president of the Legislative Assembly of the Republic of El Salvador.

A follow-up online rally was held in Europe and the Middle East at 6 pm CET on 22 November moderated by Mrs. Yoshiko Pammer from Linz, Austria, in which additional words of prayer and encouragement were offered by several representatives of the world’s great faith communities: 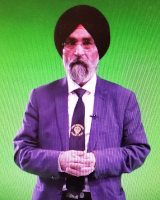 Representing the Sikh community, Pyara Singh Bhogal, a member of the UK National Sikh Council and Chairman of the Council of Gurudwaras in Birmingham. Dr Pyara Singh Bhogal is a member of the National Sikh Council of the United Kingdom. He is also Chairman of the Council of Sikh Gurudwaras in Birmingham, an umbrella organisation for all 23 Sikh Gurudwaras, representing approximately 70,000 Sikhs. The Council is responsible for holding the largest outdoor Vaisakhi celebration outside India, each year, for 100,000 people. The Council runs a radio station, Radio Vaisakhi, where Dr Bhogal often speaks. Dr Bhogal helped to establish a Community Development Trust in Birmingham, whose goal is to create ‘one of the truly great intercultural neighbourhoods’. 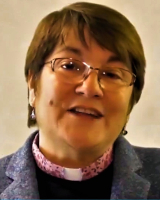 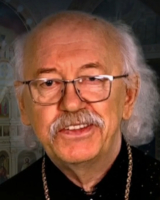 Several veterans of the Korean war also gave testimony to their experience: