1st Webinar on Prospects for Peace on the Korean Peninsula

Moscow, Russia—The Universal Peace Federation held a webinar on the theme "Prospects for Peace on the Korean Peninsula."

A survey conducted during the November 10, 2020, webinar showed that most of the 160 participants were NGO representatives, academic researchers, and representatives from the business and cultural fields.

The moderator, UPF-Russia President Maria Nazarova, explained that the webinar was being held to support UPF’s Rally of Hope, scheduled to be broadcast around the world on November 22, with the aim of promoting the peaceful reunification of Korea.

The panelists of the webinar were Dr. Alexander Zhebin from the Center for Korean Studies of the Russian Academy of Sciences’ Institute of Far Eastern Studies, based in Moscow; and Dr. Katsumi Otsuka, UPF chair for Europe, Eurasia and the Middle East.

Each panelist gave a 10-minute presentation, followed by a question-and-answer session. 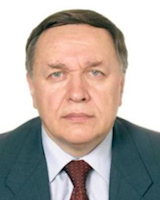 Dr. Alexander Zhebin, Director, Center for Korean Studies, Institute of Far Eastern Studies, Russian Academy of SciencesDr. Zhebin spoke about U.S. President Donald Trump’s Korea legacy and the steps that a Joseph Biden administration most likely would take toward Korea. He referred to the U.S. foreign policy’s focus on geopolitics vs. nonproliferation, then spoke about U.S.-China relations from the perspective of the situation on the Korean Peninsula.

Pointing to the common interest of Korea and Russia in a process of reconciliation, Dr. Zhebin stated: “Russia's firm conviction is that there is no alternative to inter-Korean dialogue and cooperation. Besides being economically advantageous, such interaction is highly likely to contribute to confidence-building and reconciliation between South and North Korea.” And he added: “Russia is ready to work with China, the United States, Japan and other parties concerned to create international conditions favorable for a sustainable peace process on the peninsula.”

“It is high time,” he concluded, “for the Korean people, both in the North and the South, to take their nation’s destiny in their own hands.”

Dr. Katsumi Otsuka, chair, UPF for Europe, Eurasia and the Middle EastDr. Katsumi Otsuka talked about the merits of the reunification of Korea. “If South Korean technology and natural resources in the North were combined,” he said, “the unified Korea would become a very powerful nation in Asia.”He described three possible ways for unification. The first – by force – was tried unsuccessfully during the Korean War. The second – by competition – would mean that “the winner absorbs the loser.” Citing Germany as a case study, comparing it to the Korean situation, he mentioned several factors that would make such a path uncertain: the greater gap between the two economies, the greater mutual distrust, the gradual loss of a common identity, the instability of the local and international environment.He described the very high cost the unification process would entail, and the possibility that the Korean people would demand the support of the international community. He quoted a 2005 survey by the South Korean newspaper JoongAng Ilbo asking readers which nation they thought had the greatest responsibility for the division of the Korean Peninsula. Fifty-three percent of the respondents said the United States; 15.8 said Japan; 13.7 percent said Russia; and 8.8 percent said China – although there was no denial of internal reasons for the division.Speaking about the third way, Dr. Otsuka referred to the vision of UPF founders Dr. and Mrs. Moon, quoting them: “The unification of Korea should be made with the heart of walking together.” He told about the agreements the UPF founders signed with North Korea’s supreme leader Kim Il Sung during their historic meeting in North Korea in December 1991.In conclusion, he said: “Because Korea was divided by the Cold War and during the Cold War, today the international community needs to send a Warm Spring Breeze to re-unify Korea. … Therefore, reunification needs an atmosphere of cooperation beyond selfish interests. I hope that Russia, China, and the United States will play a historic role as peacemakers.”

The first question, to Dr. Zhebin, was about President Trump’s policy and the expected policy of Joe Biden toward Korea. His opinion, Dr. Zhebin said, was that despite all his policy’s shortcomings, President Trump made a huge step forward in allowing the summit meetings between the U.S. and North Korean heads of state. With power in North Korea so personalized and concentrated in the hands of one person, he added, dialogue is essential. From his viewpoint, there most likely would not be any drastic policy change between a Joe Biden administration and the Barack Obama administration, which pursued a policy of strategic patience.

Asked how a new focus on Korean people’s identity might help reunification, Dr. Otsuka interpreted Dr. Moon’s view as the need for Korean people to go back to their historical roots, to look at their 5,000-year history of suffering, and to forge a new path together toward the future.

There were many other questions.