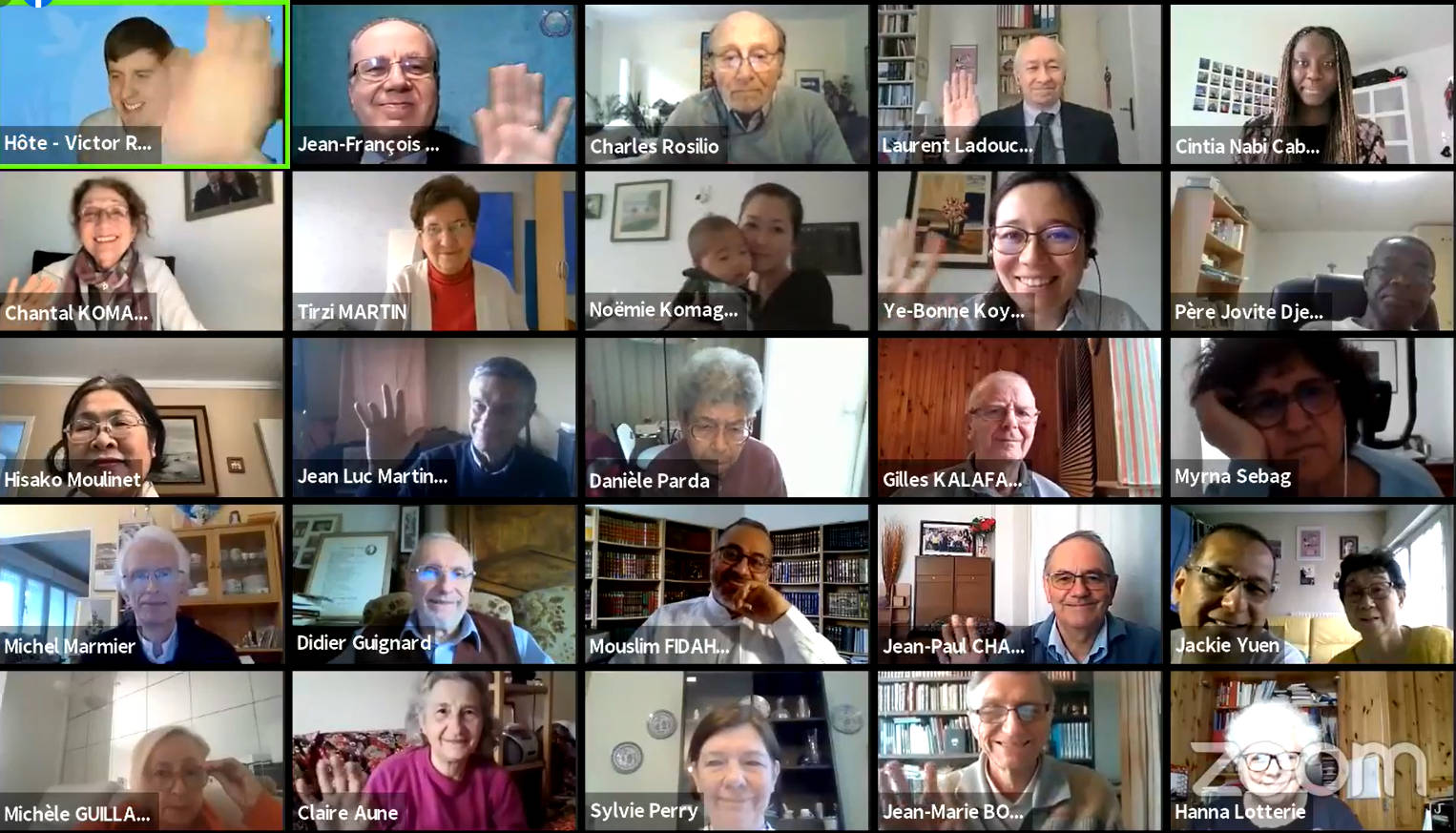 Paris, France—UPF held its fourth online interfaith meeting on the topic “At the Beginning of Humanity.”

The meeting on May 16, 2021, was organized by the French chapters of UPF and the Interreligious Association for Peace and Development (IAPD), one of the UPF associations.

Each of the 109 participants who registered for the Zoom broadcast received a few texts in advance from the Hebrew Bible, the New Testament, and the Quran. Participants came not only from France, but also from Austria, Belgium, Burkina Faso, Canada, Democratic Republic of the Congo, Italy, São Tomé and Príncipe, Switzerland, the United Kingdom, and Zambia. Additional participants attended on Facebook.

The moderator was Dr. Ye-Bonne Koyama, an aerodynamics research engineer and a representative of Youth and Students for Peace (YSP), an organization that is affiliated with UPF.

The program started with a short introduction by Jean-François Moulinet, coordinator of the UPF-France interreligious forum Dialogue & Alliance. He explained that a particularity of the meeting was that all the speakers came from the region of Orsay-Les Ulis, south of Paris, because our ideal is to create, at the most local level, several small interreligious groups that share the best of their tradition with each other.

Then the reading of sacred texts started, each followed by a commentary from a representative of a different tradition:

Charles Rosilio, a member of the Jewish Community Centre of Les Ulis and the Chevreuse Valley, commented, explaining in great detail the teachings from the Torah about the creation of humankind.

Christianity: The text, Genesis 2:4-9, was read by Dr. Noëmie Komagata-Nguyen from the Family Federation for World Peace and Unification (FFWPU), another organization that is affiliated with UPF.

Father Jovite Djedji, a Catholic priest and a trained biblical scholar, commented. He taught the Holy Scriptures for 15 years in various theological institutes in Côte d'Ivoire. Since 2019, he has been responsible for the spiritual accompaniment of foreign priests who have recently arrived in France.

We then had a beautiful musical break offered by the Angels’ Choir from the Democratic Republic of Congo.

Islam: Romain Bigards both read and commented on verses 29 to 33 from the Second Sura of the Quran. Mr. Bigards, who is responsible for the Facebook group al-Mâlikiyyoûn, graduated from the French-speaking course in theology and jurisprudence of the al-Ghazali Institute of the Grand Mosque of Paris.

Unificationism: The text, from the Divine Principle, Chapter 1, Section 3, was read by Cíntia Nabi-Cabral from Youth and Students for Peace.

Laurent Ladouce, a researcher for UPF, gave the commentary, explaining more about the three great Blessings and the importance of joy in God’s creative process.

Then for the next 20 minutes, we had four discussion groups.

We finished with a video of the Algerian singer Amal Wahby that was created for the 2021 International Day of Living Together in Peace (May 16).

The next online meeting, on the topic “The Environment,” is scheduled for the beginning of June in commemoration of World Environment Day.

Recording of the event “At the Beginning of Humanity” in French: https://youtu.be/JysYFAEvods