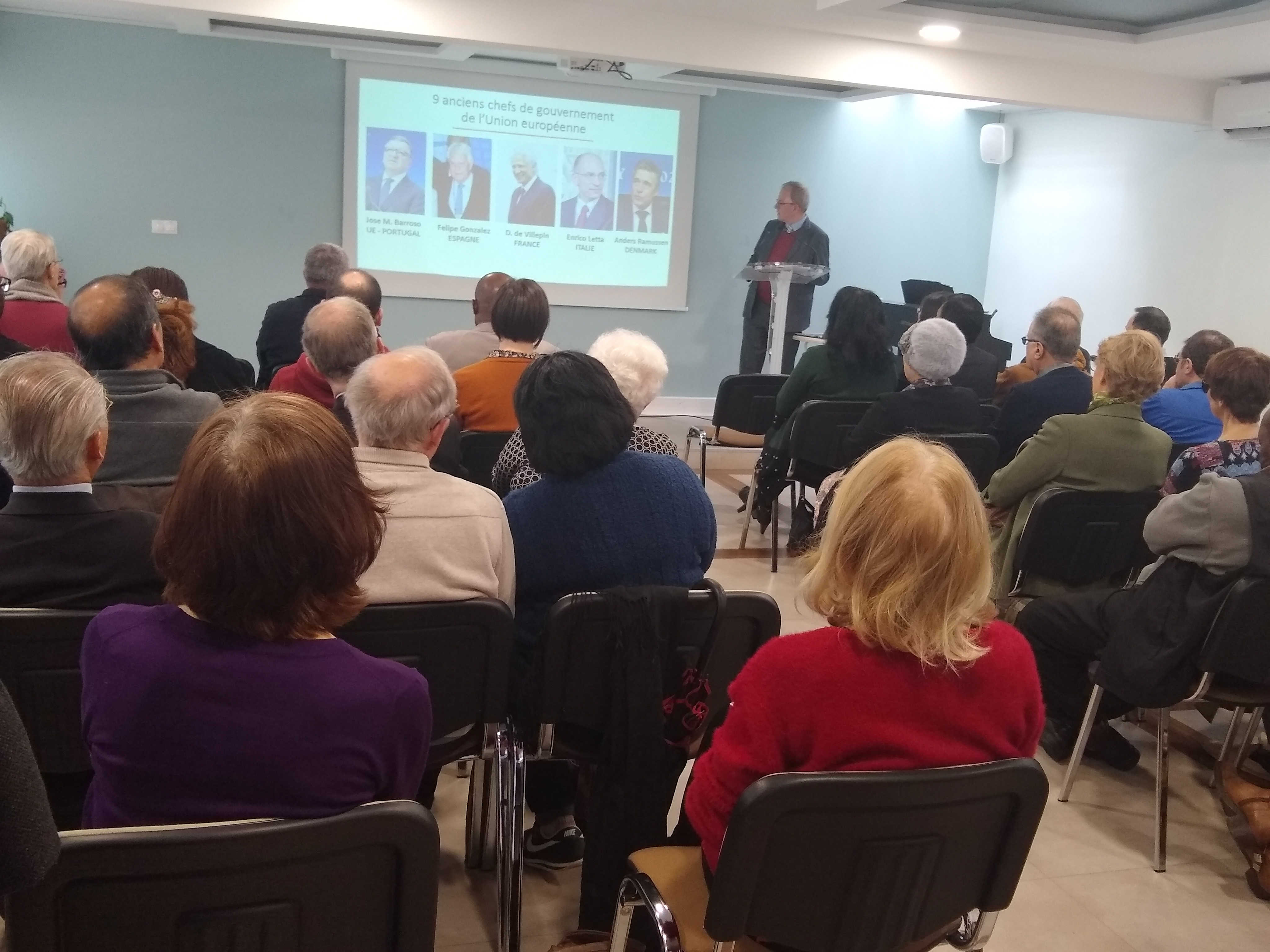 Paris, France—World Summit 2020 was the topic of discussion of about 60 summit participants and Ambassadors for Peace at a meeting held by UPF.

The February 29, 2020, gathering, held at the UPF offices, began with an overview of the summit by UPF-France President Jacques Marion. He described the main programs of the five-day event in Korea, which attracted 2,700 international participants from 170 nations.

Several participants from the French delegation to Korea took the stage.

H.E. Toky Andriamanjato, former ambassador of Madagascar to the United Nations Educational, Scientific and Cultural Organization (UNESCO), said he was impressed by the number of high-level participants in attendance. He recognized the potential of a forum of former heads of state and government who can speak freely, and he noted the importance of religious leaders adding a value perspective to the political realm.

Mr. Hichem Ben Yaïche, a journalist and editor at the New African magazine and other media, said he appreciated the unique opportunity for networking given by the International Media Association for Peace conference, held on February 2, and other events he attended at the summit. He noted how Korea stood at the forefront of technological innovation in the realm of communications.

Mr. Brice Wete Matouba said he was moved to see the parallels between the suffering of UPF founders Dr .and Mrs. Moon in colonial and war-torn Korea and the suffering of the founder and early members of the Kimbanguist Church in colonial Congo, to which his family belongs. He reflected on the spirit and heart of Korean culture that he could feel behind the smooth and efficiently organized summit.

Venerable Michel Thao Chan, president of the Cercle de Réflexion des Nations, reported about the First Conference on Science and God, held on February 1 to 3 as part of the World Summit. A side event to the 26th International Conference on the Unity of the Sciences, the conference gathered eminent scientists such as Nobel Prize winner Luc Montagnier and neuroscientist Mario Beauregard.

Mr. Yves Champollion, founder of the internationally known translation software Wordfast, reported about the International Association for Peace and Economic Development (IAED) conference, which he attended on February 4 and 5. With themes such as “Corporate Purpose and Social Responsibility” and “The Era of the Pacific Civilization: Economic Growth and Development in Asia – Future Prospects,” the project’s goal is to develop a network of businesspeople and investors dedicated to furthering peace projects. One of the main speakers, Singapore-based American investor James Rogers, spoke about his expectation that the Korean Peninsula will become a center for economic development in Asia after the reunification.

Concluding this brief overview of the World Summit, Jacques Marion spoke about the founders’ vision for UPF as a platform covering the political, religious, academic, business and media realms. He gave some insights into the meaning of the principles of interdependence, mutual prosperity and universal values underpinning this vision.