Seoul, South Korea—Session IX of UPF’s Summit 2022 and Leadership Conference was held on August 13, 2022, at the Lotte Hotel World in Seoul, Korea. Representatives from government, academia, business and media provided remarks with a focus on science, the mission of the media and the economy in the 21st century, and the role of character education and universities in the future.

It was the last of four sessions that comprised a one-day international symposium titled “The Road to Peace and Unification: International Academic Conference on the 10th Anniversary Holy Ascension of Dr. Sun Myung Moon, True Parent.”

Mr. Gregory Breland, executive director of the International Conference on the Unity of the Sciences (1984-2000), USA, gave a presentation on the significance of ICUS.

Noting that 2022 is the 50th anniversary of the first ICUS event, Mr. Breland spoke about some of the distinguished participants over the years, including 37 Nobel Prize laureates.

Dr. Gennady Shipov, director of the Center of Physics of Vacuum at Moscow State University, Russia, gave remarks via a recorded presentation titled, “Scientific Approach to Proving the Existence of God.”

The Theory of Physical Vacuum, which was formulated in Russia in 1988, “is the first scientific theory that enables us to indirectly prove the existence of God. It is, in principle, impossible to directly prove the existence of God using scientific methods,” Dr. Shipov said. “It is well known that the vacuum possesses energy of vibration even at its zero state, the so-called ‘zero-point energy.’ This energy permeates all material objects and all other possible things and systems in the universe.”

He continued, “It would not be inappropriate to call this zero-point energy the ‘energy of God.’ Over a century ago the Supreme Reason sent down to us here on earth the knowledge of how to use this energy for the benefit of humankind.” 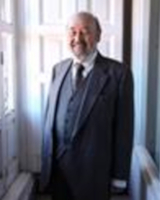 In 1995, Dr. Ramirez won the Nobel Peace Prize together with the Pugwash Conferences on Sciences and World Affairs “for their efforts to diminish the part played by nuclear arms in international politics and, in the longer run, to eliminate such arms.”

Dr. Ramirez said he has acted as a Peace Ambassador in conflict areas including the Middle East, the two Chinas, and the Korean Peninsula, using “personal Track 2” diplomacy.

Through his organization, International Conferences on Conflict and Aggression (CICA), he has worked to control violence. CICA’s “most significative fruit,” he said, was the Seville Statement on Violence, adopted in 1986 at an international scientists’ meeting, which refuted “the notion that organized human violence is biologically determined.”

Dr. Ramirez has also conducted research and has organized conferences on terrorism and security.

Mission of Media & Economy in the 21st Century

He began by saying, “I do this with the heart of a tribute to the founders of The Washington Times and the work they’ve done in the media space, which is unique, impactful and has a global reach, which is growing by the day.”

Speaking about The Times’ birth in 1982, Mr. McDevitt said: “It was at the height of the Cold War, there was one newspaper in town, and Rev. Moon and his team were bold and purposeful and principled, and they did what most people didn’t think would last.”

Around the same time that Rev. Moon launched ICUS, he also launched the World Media Association. Journalists were invited to conferences at which Rev. Moon “talked about journalists being the guardians of freedom and fighters against injustice.”

Mr. McDevitt read from a speech given by Rev. Moon: “Media must stand at the very forefront in the defense of human dignity, freedom and the crusade against all forms of injustice. Doing this is the best way to guarantee world peace. The media must lead in the fight against all forms of oppression. Furthermore, in the service of morality, the media must oppose corruption and racism and vindicate the unjustly accused. A moral media must lead the fight against drug abuse, pornography and many other destructive vices of our society. Thus … the media must become the conscience of society.”

Mr. McDevitt continued: “That type of value perspective really permeated into the creation of The Washington Times in 1982, where the core values were freedom, faith, family, service and citizenship.”

To conclude, he spoke about UPF’s International Media Association for Peace (IMAP), which “touches over 3 billion people in our broad reach of media relations and broadcasts.”

Mr. Jim Rogers, chairman of Beeland Interests, Inc. and a senior advisor to UPF International, said, “I first want to say to The Washington Times that it is absolutely astonishing that in 1982 anyone could be dumb enough to start a newspaper in Washington, D.C. to compete with The Washington Post! … And these idiots did it! They did it when everybody else was too smart to try. So please, don’t let anybody tell you it cannot be done.”

Speaking about the economy, Mr. Rogers said there is much to worry about. “The United States is now the largest debtor nation in the world. Never in history has any nation been as deeply in debt as the United States. And it’s getting worse every day.”

With stocks, bonds and property greatly overpriced, there have been “bubbles” forming. He advised the audience to “be very careful” about investing in those three. However, he said that agricultural property is still a good investment, as are commodities.

He also held out hope for Korea. “Once they open the 38th parallel, Korea is going to be the best place in the world to invest.”

“It is readily apparent to most observers that this is not the best of times to be promoting the formation of a northeast regional economic union,” he said, mentioning recent conflicts and threats involving Russia, China and North Korea, as well as long-standing disputes between South Korea and Japan.

That is why the UPF founders “have long advocated for the creation of an Asian-Pacific Union, extending even beyond trade concerns to address other critical problems such as inequality, environmental degradation, energy, crime and corruption, and, ultimately, political reconciliation.”

The UPF founders also have long promoted a tunnel between Korea and Japan, which would reduce the cost of trade, enhance supply-chain integration and promote tourism and closer people-to-people contacts.

“The question is no longer, ‘Why build a Korea-Japan tunnel?’ It is ‘What are we waiting for?’”

According to Rev. and Mrs. Moon, “The nations of Northeast Asia must start to look past historical wrongs and current resentments, begin to see themselves as sharing a common destiny, and elevate their relations to a new plane of values.” 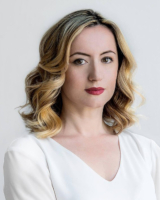 H. E. Senida Mesi, Deputy Prime Minister of Albania (2017 – 2019)Hon. Senida Mesi, deputy prime minister of Albania (2017-2019), commented on the presentations. She said that the role of the media is to inform and to present the truth. However, finding the truth in the media is often not easy. Many media publish sensational stories and gossip, rather than the facts, with the motivation to receive “likes” and “clicks.” She pointed out, “If you don’t read the media, you are uninformed; but if you read certain media, you are misinformed.”

Referring to Rev. Moon’s words that “The Washington Times is not a media but a crusade,” Hon. Mesi concluded by saying, “Every media needs to ask itself, ‘What is our role—to seek the truth, or to become the next corporation?’”

Dr. Lee Jae-il, dean of the Theology and Pure Love Department at Sun Moon University, South Korea, spoke on “The Direction of University Education for Peaceful Coexistence in the 21st Century.”

Because humanity’s problems are vast and require an integrated approach between professional scholars, Rev. Moon established the Professors World Peace Academy and the World University Federation, emphasizing that universities around the world should join forces in solving human problems.

Dr. Francisco Rojas Aravena, president of the University for Peace (UPEACE), Costa Rica, which was established by the United Nations, spoke on the topic “Confronting Uncertainties and Conflicts with the Best Instrument: Education.”

Calling regional conflicts and climate change the greatest threats to humanity, Dr. Rojas Aravena said: “Cold War paradigms, models and concepts are not adequate for understanding today’s reality. We have an obligation to develop new ways of thinking. … Building a culture of peace and nonviolence is the way forward. The instrument of this great change is education.”

Hon. Ibrahim Natatou, minister of education of Niger, described the challenges to education in Niger:

The government has adopted a new education policy that includes construction of schools, vocational training centers and universities; promotion of girls’ education; improved training of teachers; and improved management of resources.

Hon. Timothy Pagonachi Mtambo, minister of civic education and national unity of Malawi, spoke on “Peace and Unity in Malawi and Africa Based on the Vision of Character Education.”

Early childhood development is crucial, he said. “Eighty-five percent of what we are today was created between 0 to 8 years. … What you plant in a child at that stage shall reign for the rest of their lives.”

He defined character education as “the process of learning common attitudes, beliefs and behaviors that are important for responsible citizens. Character education is about habits of thought and deed that help people to live together as families, friends, neighbors, communities and nations.”

Hon. Mtambo said: “Africa has had its own form of education prior to the advent of Western education. The focus of African education was how to live and not necessarily to get to the job market. …

“Typical African education exhibits three dimensions of holistic education. One, the mind for knowledge; two, the hand for skills; three, the heart to the spirit of character.” He said this is connected to the philosophy and way of life known as ubuntu,” which he summarized as, “I am because you are, and because you are, therefore I am.”

Dr. Thomas Selover offered closing remarks. The presentations of the symposium, he said, gave “a panoramic view of the public endeavors and legacy of Rev. Dr. Sun Myung Moon and Dr. Hak Ja Han Moon and of all of us together, inspired by their vision in all areas of culture for the sake of the heavenly unified world.”

This is the video with French interpretation.

This is the video with Spanish interpretation.