London, United Kingdom—Session V of the 2022 Europe-Middle East International Leadership Conference was titled “Conflicting Narratives and Values – Perspectives for a Common Vision and Culture of Peace.”

The session was the last of three held in London on August 4, 2022, in the Peace Embassy. The Europe-Middle East (EUME) ILC was one of the International Leadership Conferences organized worldwide in the summer of 2022 on the overall theme “Towards Peace and Security on the Korean Peninsula: Building a Global Culture of Peace.”

Mrs. Chantal Chételat Komagata, Coordinator, UPF EuropeModerator Mrs. Chantal Chételat Komagata, the coordinator of UPF-Europe, in her welcoming remarks recalled her shock at the outbreak of the war in Ukraine on February 24. And yet, unsolved tensions and opposing narratives and value systems between liberal democracies in the West and countries once under the influence of the Soviet Union were bound to surface, she said.

We have indeed failed to properly address these issues, Mrs. Komagata said—for instance, individual rights and freedom vs. responsibility and traditional values, as well as globalization vs. safeguarding national sovereignty and cultures. A higher – universally applicable – vision may be needed to transcend these seemingly contradictory value systems. 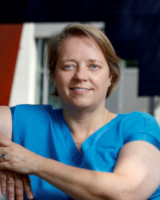 As an educational cultural psychologist and a military commander in the Royal Dutch Navy, she always has been greatly interested in cultural relativism as well as the integrity of nations to make their own decisions. She mentioned a visit to the Demilitarized Zone (DMZ) between North and South Korea with students of South Korea’s Sungkyunkwan University, where she was teaching. At first, the students appeared to be 100 percent in favor of Korean reunification, but on closer inspection doubted its feasibility, especially considering the difference in mentality between the North and the South and the costs that unification would involve.

When working with Pora!, one of the biggest democratic youth movements in Ukraine, after the Orange Revolution, she was very inspired to see the aspirations those young people had for their country.

Children are not blank sheets of paper, Ms. Van Peski said. They inherit concepts and stereotypes from their environment and education, which sometimes need to be dealt with to level the road to peace. Bringing youngsters together at a very young age with projects such as those organized by CIVS International (Children’s International Summer Villages), a non-religious, non-political organization, allows them to learn from each other and to put things into perspective.

Ms. Van Peski said the war in Ukraine is likely to last for a long time. She called upon the participants to take care of the refugees and to educate young people from an early age about universal values. She called for better leaders in society – both men and women – who do not aim solely at wealth and self-interest, but show thoughtfulness, empathy, respect and compassion. 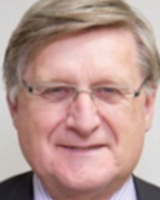 Dr. Willy Fautré, CEO and Director, Human Rights Without Frontiers International, BelgiumDr. Willy Fautré from Belgium, the CEO and director of Human Rights Without Frontiers International, reflected on the link between conflicting values and narratives, on the one side, and the outbreak of certain wars, on the other side. Internal conflicts and wars between neighboring countries do not suddenly emerge from a vacuum, as can be seen in Ethiopia or Ukraine. They are often the result of ongoing tensions deeply rooted in history or conflicting narratives.

He gave the example of Vladimir Putin’s well-known and well-oiled narratives in his successive wars. Already when leading the second Chechen war, 1999-2000, the Russian president would not call it a war but a “special anti-terrorist operation” against separatists to preserve the territorial integrity of the Russian Federation. In 2008, Russia fomented the separatist war in South Ossetia and Abkhazia in Georgia, recognized their independence and has since provided them with so-called military protection. Putin's narrative to justify his aggression was that he wanted to save the Russian-speaking Georgians.

Joseph Stalin’s annexation of Crimea to the Soviet Socialist Republic of Ukraine happened by mistake, according to Putin, who said that the inhabitants of the peninsula are historically Russian. This is the narrative Putin has been serving up to the entire Russian population and to the international community.

As to conflicting narratives, Dr. Fautré said that totalitarian or dictatorial societies do not tolerate a confrontation of ideas. For instance, religious diversity in Russia has been progressively eliminated .The independent media have been closed, or have survived only abroad.

In Putin’s narrative, the Slavic-Orthodox identity of Russia must be protected against the decadent West. At this stage of the war in Ukraine, it is not the time to think about a common vision of a culture of peace for Russia and Ukraine. We should have done better in the past, Dr. Fautré said.

The viewpoints of Russia and Ukraine have become irreconcilable. Perhaps they will co-exist in their respective territories behind a cultural iron curtain after the war, Dr. Fautré said. This being said, the great dictatorial and conquering empires of the past are waking up in Moscow, Istanbul and Beijing. Both China and Putin's Russia oppose the expansion of Western values at home and in the world. It may be time now to think about avoiding a new hybrid global war.

Click here for the full intervention of Dr. Willy Fautré 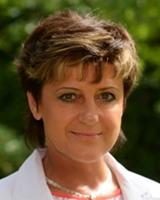 Europeans have moved away from the clear awareness that there is a God who is not only the creator of natural laws but also loves humans, Mrs. Nováková said. Europeans have come to believe that everything is governed by human laws. Individualism and freedom, selfishness and an ideology that relativizes truth, justice, and ultimately good and evil, may prevail. This paves the way of mediocrity.

Another model is totalitarianism, in which freedom of thought, belief, speech and religion is considered unnecessary, if not dangerous. Certain opinions and positions will be supported; all other opinions and expressions will be banned. 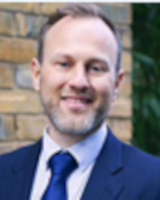 Mr. Paul Gutteridge, Former UK Director, Initiatives of Change; Honorary Fellow, Edward Cadbury Centre, University of BirminghamMr. Paul Gutteridge, the former UK director of Initiatives of Change and an honorary fellow at the Edward Cadbury Centre, University of Birmingham, mainly focused on the rise of Nazi and far-right activities in the UK and Europe, and brokering relations between people in religious, political and business contexts.

Experience has shown that there are three ways to harmonize ideological differences and positions, Mr. Gutteridge said. First, there is the environmental approach, i.e., making agreements between groups of people who are in conflict over land or trade, for example.

Secondly, after an agreement has been reached about what to do environmentally, there is the question of how to implement it. In the event of a disaster, for instance, immediately applicable solutions to problems are needed.

Thirdly, the philosophical way looks at the reasons for a specific situation, how we look at life and each other, and within which frame we act and behave. This is actually a very difficult way to go. We must be mindful of other people’s backgrounds. There may have been a power imbalance, favoritism, violation of the law, a lack of trust.

Mr. Gutteridge gave three ways to cooperate between religion, economics, ideological differences and politics. First, there is the cultural approach, which expects the other to integrate and adapt.

Next, there is the crusader approach, according to which we believe that we can export, if not impose, our value system and way of life to other nations. This is a more aggressive version of the cultural approach.

Mr. Gutteridge said that we need a third, philosophical way and an understanding that we are all different. This is the best way to bring to the table faiths, political, economic and structural thinkers, in an environment in which we are prepared to be the first to step back and cross the road to the other.

Click here for the full intervention of Mr. Paul Gutteridge

The question-and-answer session included the following:

Question: How to deal with post-traumatic stress disorder (PTSD) in individuals, families and veterans after the Ukrainian war ends?

Ms. Van Peski said we don’t know when the war will be over. Even though the Ukrainian population is relatively young, vibrant and very energetic, prolonged stress will be very harmful. Therefore, we have to start working on reconstruction and psycho-social care already now.

Question: New rights have been added to the legislation of our liberal democracies in an attempt to increase the sense of freedom and to solve discrimination toward minority groups. Nations in Africa and former East Bloc countries are rejecting exactly this. What is your viewpoint on the trend of expanding these individual rights and the consequences thereof?

Dr. Fautré: First, we have unchangeable and inalienable universal natural rights granted to all humans, such as the right to live, to freedom of movement, freedom of thought, religion or belief.

We also have a so-called new category of rights, such as the right to pure air, abortion, euthanasia and same-sex marriages, which are widely and freely debated in our liberal democracies.

The European countries, often characterized by a kind of historical messianism, want to share, or sometimes impose, their values on other parts of the world. Churches established in former colonies often have retained their traditional values inherited from the past. They will more easily oppose those new laws, as they are sometimes perceived as a new phase of cultural colonialism. This trend, which also can be found in Muslim countries, has been accelerated by Putin’s war against Western values.

Question: The UPF founders teach that opposing trends found in the world can be healed and overcome only if we understand that we all come from the same origin, the same Heavenly Parent. What do you think of this, and how can we make it happen? 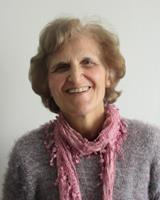 Mrs. Patricia Earle, vice president of Women's Federation for World Peace (WFWP), United KingdomTo conclude the session, Mrs. Patricia Earle, the UK vice president of Women's Federation for World Peace (WFWP), an organization that is affiliated with UPF, spoke about a Peace Garden service project that the federation has launched in the city of Birmingham. Young people of different ages, with different upbringings and cultural backgrounds, are creating a park together that is to become a meeting place, a place of relaxation, an oasis of peace. Through teamwork they learn to get along with each other and forge close friendships. As a token of appreciation, they receive a certificate and are encouraged to do something in their community or congregation. They also are offered the opportunity to speak at the national parliament and to receive a special award.