The poster for the ILC2022 Session IV with (left to right) Maria Nazarova of UPF-Russia, Dr. Vladimir Petrovsky, and Dr. Yulia Kharlamova
One of the social media sites on which visitors could watch the ILC2022 webinar

Europe and the Middle East—ILC2022 continued with a fourth session about the Peace Road Initiative.

The online conference "International Peace Highway Project and Transport Connectivity in Eurasia" was held on April 12, 2022, by UPF-Russia.

The first three sessions of the International Leadership Conference (ILC2022) were held on April 6 and 7 under the theme “Contemporary Challenges to the World Order: The Search for Solutions.”

Session IV, which was held in the Russian-language with interpretation for English speakers, aroused great interest among the audience. In addition to 50 viewers on Zoom, a total of 85,400 viewers joined the session through social networks.

Proposed in February 1981 by UPF co-founder Rev. Dr. Sun Myung Moon, the International Peace Highway project envisioned a high-speed highway that would connect China, Korea and Japan. The project anticipated the strengthening of transport and economic interconnectedness in East Asia and Eurasia.

The International Peace Highway vision goes beyond the materialistic pursuit of economic and political gain and champions a spiritual dimension that seeks to break down the walls that historically have separated us.

However, a pragmatic assessment of implementing the project, taking into account the large-scale Chinese Belt and Road Initiative and the need to develop transport infrastructure in Russia and Eurasia, also is necessary. 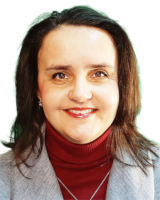 The two speakers were: 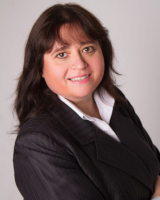 Dr. Yulia Kharlamova, Associate Professor, Russian University of Transport, RussiaDr. Yulia Kharlamova, a doctor of political science, lecturer at the Russian University of Transport MIIT, expert in the field of global transport policy and geostrategy, author of more than 100 scientific papers, and a member of the Scientific and Technical Council of Russian Railways.