Europe and the Middle East—Session III of ILC2022 was titled “Toward an Interconnected World: The Peace Road Initiative.”

The final webinar of the two-day International Leadership Conference was held jointly on April 7, 2022, by the Europe and Middle East (EUME) and the Japanese branches of UPF and its International Association of Academicians for Peace (IAAP).

The first three sessions of the International Leadership Conference (ILC2022) were held on April 6 and 7, 2022, under the theme “Contemporary Challenges to the World Order: The Search for Solutions.”

ILC2022 was held not only in Europe and the Middle East but also simultaneously in Asia, Africa, and North and South America. 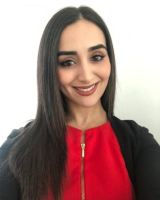 Ms. Amina Acherkouk, Medical Affairs Principal Scientist, GlaxoSmithKline plc. (GSK), United KingdomThe third webinar in this series was moderated by Amina Acherkouk, a medical affairs principal scientist with the GlaxoSmithKline pharmaceutical company in the United Kingdom. Session III had approximately 120 viewers on Zoom, 230 on Facebook, and the recording on Vimeo and YouTube continues to attract viewers.

For the first time in human history, we live in a virtually interconnected world. Physical interconnectedness is also progressing steadily around the globe, but to varying degrees. Three panelists addressed global interconnectedness, especially focusing on one of the signature projects of the Universal Peace Federation, the Peace Road Initiative, discussing its contemporary significance, feasibility and challenges. 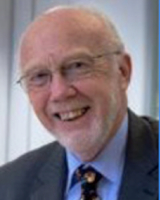 Professor Roger Vickerman, MA, DPhil, Dr h.c., FAcSS, FRSA, FCILT, FeRSA, Emeritus Professor of European Economics, University of Kent, United KingdomAs a European economist specializing in international transport infrastructure, Dr. Roger Vickerman of the University of Kent, who is also the chair of the Transport Strategy Center at the Imperial College London, referred to national borders as a challenge which "creates barriers and limits markets." Thus, he positively evaluated the single European Economic Area and the Schengen Area within the European Union.

He referred to one study that estimated the costs for a truck driving a few kilometers across a border and going through customs almost equaling the costs of driving 500 kilometers within a European country.

Having been involved in the European Union’s Trans-European Networks (TEN), Dr. Vickerman listed its challenges, including inter-operability in connecting railways of neighboring countries; communities in transit areas bearing more than benefiting from the linkage; and periphery areas benefiting less for the sake of larger utilities. Environmental impacts have to be carefully tackled, as well, he said.

The European Union recently announced its Gateway Programme, a sort of extension of TEN to the rest of the world. Dr. Vickerman wondered if the EU project would be a useful competitor with China's Belt and Road Initiative, for instance, or duplicating the efforts and resources.

Dr. Vickerman pointed out the military origins of big networks, such as the ancient Roman roads, the Autobahn of 1930s Germany and the Interstate Highway System in the United States. Conversely, gaps in networks actually benefit security objectives, making the United Kingdom reluctant to even think about a fixed link with France until the 1950s.

Thus, the 50-kilometer Channel Tunnel dramatically ended the historic rifts and geographic gaps between France and the U.K. Adding to conventional explanations on how the tunnel was made possible, such as the stable EU formation, Dr. Vickerman suggested "a small window of opportunity" made available by two leaders' politics: French President François Mitterrand aspired to a great legacy which even Napoleon could only dream of, while British Prime Minister Margaret Thatcher envisioned her neoliberalism in action in such a gigantic project.

Having invested academically in the Channel Tunnel—on top of other Europe-wide transportation systems—Dr. Vickerman is apparently not amused to see long lines of trucks heading to the port of Dover after the Brexit turnaround.

Even before construction of the Channel Tunnel began in 1988, a similar plan was envisioned for the island nation of Japan and the peninsula nation of South Korea. This vision was advocated in November 1981 by UPF co-founders Dr. Sun Myung Moon and Dr. Hak Ja Han Moon at an international academic conference in Seoul, South Korea. The Korea-Japan Tunnel, if completed, could be the world's longest undersea tunnel spanning over 230 kilometers. 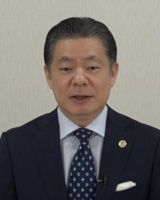 Dr. Moon envisioned an Asian highway that would link Japan, the Korean Peninsula and China, expanding to the rest of the world through an International Highway system that would link to existing highway systems. Dr. Moon predicted that such an expanding network surely would encourage North Korea to join and open its borders.

One distinctive feature of Dr. Moon's vision was an eight-kilometer neutral zone on either side of the highway as an inviolable zone where no country could interfere and freedom beyond national borders would be guaranteed.

According to Mr. Kajikuri, this futuristic vision deeply inspired one visionary Japanese scientist as well as a tunnel engineer who had led the Seikan Tunnel project linking Japan's main island, Honshu, and the northernmost island of Hokkaido.

In 40 years, the International Highway Foundation has conducted extensive land-sea-air studies on a presumed tunnel route, dug an experimental 500-meter inclined shaft, and set up Tunnel Promotion Councils in each of Japan's 47 prefectures involving politicians.

At the opening plenary of UPF's Africa Summit in Dakar, Senegal in 2018, Dr. Hak Ja Han Moon said, "I am advocating a Peace Highway, which will travel from the Cape of Good Hope in South Africa through Africa, Europe, Asia and connect all the way to Korea."

Mr. Kajikuri listed three main challenges to the tunnel project: (1) forging an accord between the Japanese and South Korean governments, (2) creating sustainable business models around the tunnel project, and (3) solving technical issues.

A video about the inauguration of the Marmaray Tunnel in Istanbul, Turkey, showed Japan's former Prime Minister Shinzo Abe proposing a bullet train route from Tokyo to Istanbul and London. He was apparently mindful of the Japan-Korea Tunnel. As its vehicle, the video also implied the linear-motor train system being developed in Japan for its projected Chuo Shinkansen rail system between Tokyo and Nagoya.

Ultimate rift of the world? The Bering Strait

In his UPF inaugural speech of September 2005, Dr. Sun Myung Moon spoke not only of his peace philosophy but also of his proposal for another tunnel / bridge across the Bering Strait between Russia's Far East and the U.S. state of Alaska as a crucial component of the International Highway network.

Dr. Vladimir Petrovsky, Chief researcher, Russia-China Center, Institute of Far Eastern Studies, Russian Academy of Science, RussiaDr. Vladimir Petrovsky, the chief researcher of the Russia-China Center at the Russian Academy of Sciences’ Institute of Far Eastern Studies, described Russia's long-standing interest in the Bering Strait since the 19th century. He said that security concerns on both sides must have been a critical impediment to its progress.

He cited other hurdles in what he called extreme engineering, including fragile natural and climatic conditions in the Arctic region; long distances from existing population centers; and concerns about indigenous people in the area.

Yet the Russian government showed interest in crossing the Bering Strait with a railway. In the meantime, with steadily advancing trade relations with China—for instance, China's container transportation to Europe and Russia's coal exports to China—Russia's government has shifted its development priorities to the East Siberian Railway.

Mr. Jacques Marion, Co-chair, UPF Europe & Middle East, FranceA question-and-answer session was followed by group photos of the webinar panelists, organizers and staff. Then Jacques Marion, the UPF co-chair for Europe and the Middle East, offered some words to conclude the ILC2022.

Mr. Marion thanked the speakers, remarking that “the Peace Road is an idea whose time has come.” Despite the very real challenges ahead, he said, “It’s still very much worth pursuing, if we want to especially overcome the legacy of conflict of our previous centuries. I think this is a very important project.”

He summarized each of the sessions and then spoke about UPF goals and activities of the past two years.

The session ended with a video showing Peace Road events in many nations, with a Peace Road song written by American composer David Eaton. Around the world, Peace Road supporters run, cycle or drive for peace and unity of humanity. While the Peace Road construction will take decades, if not a century, we may prepare our hearts by walking, running or cycling a path to peace.