Europe and the Middle East—The third session of the August 2021 International Leadership Conference was titled “Prospects for a Northeast Asian Economic Union.”

The August 20 session had a total of 193 participants on the Zoom broadcast, with 333 watching the livestream on the UPF Europe Facebook page and an additional 2,134 viewers on Russian networks.

Northeast Asia refers to China, Japan, North Korea, South Korea, and Russia, while the United States is also deeply involved with South Korea and Japan in matters of peace and security. Northeast Asia is a vital link in the global industrial supply chain, but it is also the theater of a rising nuclear threat. As a region, it lacks security mechanisms; some of its nations still have not signed peace treaties. Therefore, while Europe has gone beyond the challenges of World War I, World War II and the Cold War and established the European Union, Northeast Asia’s postwar settlements and reconciliation processes have largely stalled.

Can Northeast Asia move toward a form of economic community? The panelists aimed at answering this question, which is crucial for the success of the peace process on the Korean Peninsula, as well as for Northeast Asia to become a center of prosperity, peace, and security in the world. 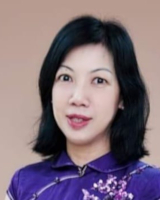 ILC2021-8 Session 3 - Prospects for a Northeast Asian Economic UnionAs the session moderator, Eve Lau, the secretary general of the Chinese People's Federation for World Peace International, welcomed the distinguished and expert members of the panel to offer their insights.

Dr. Claude Béglé, Founder and President, Symbioswiss; former Member of Parliament, SwitzerlandDr. Claude Béglé, the founder and president of Symbioswiss and a former member of Parliament in Switzerland, began by describing the bigger picture he sees for Northeast Asia and beyond. He strongly communicated the possibility of a boost in prosperity, amity between East and West, implication of dialogue and mutual understanding, and ultimately the potential for Northeast Asia to become a seed for peace.

Integrating complementary economic input may help the stability of the region, Dr. Béglé said, and success will come about through a common effort to work toward a goal of shared value. To reach the level of cooperation needed to build an economic union, people need to understand and respect each other, he said, and such respect may reduce the scope of nationalistic ideology or propaganda.

“We are already moving toward a new world order,” Dr. Béglé said. His observations and interest in global affairs gave him the confidence to believe a Northeast Asian Economic Union is a good idea, as regional clusters and alliances seemingly are becoming the new norm. He mentioned the European Union, North American Free Trade Agreement (NAFTA), Belt and Road Initiative, Commonwealth of Nations, Francophonie, North Atlantic Treaty Organization (NATO), Organisation for Economic Co-operation and Development (OECD), Organization for Security and Co-operation in Europe (OSCE), and Mercosur (Southern Common Market).

Dr. Béglé pointed out that economic integration already is in effect: China is trading on a large scale with most of its neighbors, including Japan and South Korea, and some nations have become subcontractors, e.g., Thailand’s automotive industry.

As an example, Dr. Béglé said that the United States currently has the most powerful armed forces, while China cleverly is extending its influence through its Belt and Road Initiative. The Asian economy will overtake the North American economy, he said, growing faster than America and Europe, which may pose a risk of retaliation from the West in an attempt to slow such a trend.

Although the road to economic unity is not yet crystal-clear, Dr. Béglé said he has seen positive results achieved through the European Union: The member nations have become mutually dependent, are coexisting peacefully, and can accommodate multiple strong cultures. He suggested that Europe can help design a similar model in Northeast Asia. Since Europe is not directly involved, perhaps it can act as a neutral facilitator.

Dr. Vladimir Petrovsky, Chief researcher, Russia-China Center, Institute of Far Eastern Studies, Russian Academy of Science, RussiaDr. Vladimir Petrovsky, the chief researcher at the Russia-China Center at the Institute of Far Eastern Studies of the Russian Academy of Sciences, began by asking a very important question: “Is an economic union in Northeast Asia possible?” he drew attention to the success of the European Union. Exploring the geopolitical and cultural differences between Europe and Northeast Asia, Dr. Petrovsky shed light on factors that may be an obstacle to the creation of a union in Northeast Asia.

The European Union evolved from organizations that were established after World War II as an agreement encouraging the end of conflict. However, Northeast Asia did not follow that example. What came after 1945 in Northeast Asia is a good example of the different and sometimes opposite interpretations of the historical, geopolitical, and legal consequences of World War II in the Pacific Ocean. Indeed, some conflicts between countries of the region have not yet been resolved.

Dr. Petrovsky pointed out that culturally, Europeans are historically inclined toward collective interaction; examples are the Concert of Europe and the League of Nations. This cannot be said about Northeast Asia, which always has lacked mechanisms for collective actions in the fields of security and economic cooperation.

Going back to his key question—whether the creation of an economic union of Northeast Asia is possible—Dr. Petrovsky asked two further questions to inspire an even deeper level of thought: “What does the future hold for the trilateral free trade zone between Japan, the Republic of Korea and the People’s Republic of China?” Its negotiations have been going on for several years, even though each of these countries already has entered the Regional Comprehensive Economic Partnership (RCEP) or the Comprehensive and Progressive Agreement for Trans-Pacific Partnership (CPTPP).

Dr. Petrovsky asked, “Will the economic union in Northeast Asia be inclusive or closed to certain countries—for example, China?” He remarked that the development processes of cross-border and interregional cooperation in Northeast Asia are also very important in creating a union of any sort. He proposed that the experience of the Association of North East Asia Regional Governments (NEAR) should be studied. This organization that supports interregional cooperation counts Russia, China, Japan, South Korea, North Korea, and Mongolia as members. The association unites 77 regional administrations, including 16 from the Russian Federation.

Large infrastructure projects that will enhance the region’s economic interconnection can drive the creation of an economic union in Northeast Asia, Dr. Petrovsky concluded. 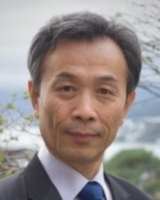 Professor Bo offered insights on the positive impacts of such a union when it comes to population density, territory and economy. He provided the audience with staggering figures:

Professor Bo’s action steps used the European Union as a template to create a Northeast Asian Economic Union. He summarized his study of the development of the EU and offered a likewise feasible timescale. It was a good reminder that these changes do not happen in an instant but are a process involving the contribution of many over a certain period. But just like the three points he stated at the beginning of his speech, even for the EU, it all started with a small initiative, which then grew into the participation and unity of 26 countries of Europe. 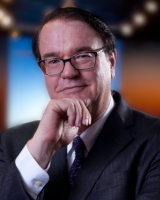 Mr. Gerard Willis, Chairman, HJ Magnolia Korea Foundation, South KoreaGerard Willis, the chair of the HJ Magnolia Korea Foundation in South Korea, expressed his belief that as the world emerges from the COVID-19 pandemic, regional economic cooperation will play an important role in putting together the pieces of a globalized economy that will foster growth and alleviate poverty.

Although regional economic cooperation in the Asia-Pacific region is a relatively new phenomenon, good progress started with the ASEAN (Association of Southeast Asian Nations) Free Trade Area in 1992, leading to the ASEAN Economic Community (AEC) in 2015, Mr. Willis said. Moreover, other regional organizations, such as Asia-Pacific Economic Cooperation (APEC), reinforced the trend toward regional integration, but, unlike AEC, there is still a lot of work to do. With respect to Northeast Asia, progress toward an economic union has stalled for many reasons, including ongoing political rivalries and tensions, and recollections of the atrocities of World War II, with unresolved territorial disputes still fueling resentment.

Whether such a pact will lead to deeper economic integration in Northeast Asia remains to be seen, Mr. Willis said. For that to occur, as it does in Europe, the nations and peoples of Northeast Asia will need to start looking past the wrongs and “begin to see themselves as sharing a common destiny.” Just as the European Union has been built on a common culture, East Asia’s profound historical ties, especially cultural, philosophical, religious, and aesthetic, can be the basis for closer regional collaboration. Rather than focusing on the upheaval and crisis of the last two centuries, the focus should be on the potential of future peaceful interchange.

Referring to the ideals and ideas expressed in the ASEAN Human Rights Declaration of 2021 (Phnom Penh Declaration)—“Embodying the ideal of living for the sake of others to help people reconcile differences and overcome divisions and establish a culture of one global family”—Mr. Willis stated his belief that we should work for a formal role for the world’s great spiritual traditions and peace-building NGOs in advising their respective national representatives to ASEAN, RCEP and other regional organizations in formulating proposals for greater regional cooperation. “It is a big task, a big dream. But that’s only the beginning,” he said.

In the concluding remarks, Professor Bo said, “Have a goal, be aware of the difficulties, and overcome them.” Dr. Petrovsky mentioned the key issues of economic connectivity and trade facilitation. We can take good steps forward if we concentrate on these two issues, he said. Dr. Béglé said that having a goal is essential, and for that, we need to utilize nations and their strengths, but the key is to work on mutual respect and building a community of values. Mr. Willis said that along with economic development, growth, and prosperity, what is needed is political will to take concrete steps.

Ms. Lau expressed her deep gratitude to all the speakers before ending the session with the compelling proposal made by UPF founder Rev. Dr. Sun Myung Moon at the tenth International Conference on the Unity of the Sciences (ICUS) in 1981. At that time he called for the construction of the Japan-Korea Tunnel and the Asian Peace Highway, which would support cooperation between nations of the Northeast Asian region.