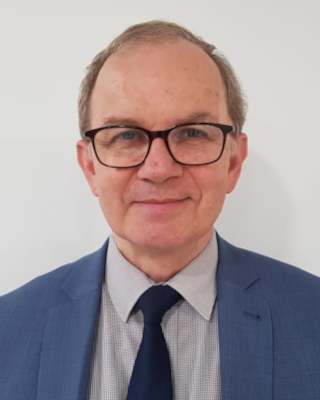 Thank you for your presentations today. Your insightful explanations, makes us understand more deeply the stakes around the Korean War. We are struck by the contrast of that relatively unknown nation for which so many foreign soldiers sacrificed their lives, and the fact that within a few decades, it rose to prominence and became one of the influential nations in the world.

As we heard today, our Founders Dr and Mrs Moon were born in Korea and suffered through the war, and therefore our organization, UPF, has its spiritual roots in this country and the reunification of the Peninsula is one of our core objectives.

Therefore, in closing let me share briefly my understanding based on our Founders’ vision on this issue.

Strategically located in Northeast Asia between China, Japan, Russia and the United States, Korea is meant to play a significant role in the 21st century, when the world’s center of gravity is gradually moving toward the Asia-Pacific region.

These four great powers are competing for influence and sovereignty. Their competition caused the division of the Korean Peninsula in 1945, and to a great extent contributes to the stalemate today.

However, the so-called Korean miracle indicates that the Korean peninsula can play a significant role today. In his memoirs, Dr Moon describes Korea’s role in relation to these big powers as that of the ball bearing of a machine, the little piece that allows the various parts of the machine to rotate harmoniously.

A ball bearing is made of the strongest and most resistant metal, and it is a fitting image to describe Korea. Although the Koreans have been invaded numerous times by their powerful neighbors, they always maintained their unique identity, language and culture.

They integrated the foreign trends of Buddhism, Confucianism and Taoism and developed the highest level of art and culture, as can be seen in their beautiful temples, statues and rich artifacts. Korea is the only nation in the Far East where Christianity developed powerful roots. They integrated elements of western culture and civilization and brought them to new heights, from high technology to modern pop culture.

The story of the Little Angels told by Dr Pak is one moving example of the power of Korean culture. On the other hand, whether we like him or not, the image of Kim Jong Un standing up in defiance to America and the world is another striking expression of the Korean character.

In our Founders’ vision, a reunified Korean Peninsula would be a center for trade and economic development in Northeast Asia, for the benefit of the world. This vision is embodied in the project of the International Highway for Peace, which begins with a tunnel between Japan and Korea, then links on one hand to China, Asia and Europe – and on the other hand to Russia and the American continent through a tunnel at the Bering Strait.

So, the division of the Korean peninsula at the 38th parallel is a barrier that blocks this dynamic and considerably limits the potential for development in the Region.

Attempts toward reunification have painfully failed till now, to the point where the term of reunification itself is seen with suspicion by many Korean people.

Reunification attempts by military power have shown to be disastrous in the Korean War. Then reunification by power competition, where the strong absorbs the weak, is also a failure, as it opposes South Korean economic superiority and North Korea’s nuclear superiority.

The third way promoted by our Founders is one where trust is built through cooperation, centering on the common values embodied in Korean culture.

From their Christian background, Dr and Mrs Moon have often used the biblical model of Esau and Jacob to describe a peace process. The younger brother Jacob was threatened to be killed by his elder brother Esau, but he finally won his elder brother’s heart by offering him his precious belongings and telling him that he recognized the face of God in him – in other words, that he no longer saw him as an enemy but as a brother. That victory was the historical foundation for the people of Israel.

30 years ago, when Dr and Mrs Moon went to meet Kim il Sung in Pyongyang, it was at the risk of their lives, because Rev Moon was considered an archenemy of North Korea. However, they embraced Kim Il Sung and offered him all the economic support they could muster. They fulfilled this pledge by creating the first car factory in North Korea, building a hotel, and developing other humanitarian project, thus, gaining the trust of Kim Il Sung and his family. Upon his death, Rev Moon was honored with the highest award by the North Korean government and until today, Mrs. Moon has received a standing invitation to North Korea.

UPF’s peacebuilding activity toward reunification, which includes this international leadership conference, brings together experts from every country and sphere – political, academia, business, media clerical and the arts – to explore track-two approaches to improved relations between the DPRK and South Korea, and among the other stakeholder countries of the region.

The UPF Founders have long advocated people to people cooperation between the two Koreas, ranging from humanitarian, religious, sports, or cultural activities. One outstanding example was the visit to Pyongyang in 1998 of the Little Angels for a joint cultural program with a North Korean dance troupe; this was the first cultural exchange between the two countries since the war, and it laid a foundation for the first meeting between both Korean presidents, Kim Dae Jung and Kim Jong Il in the year 2000.

However, the division at the 38th parallel is not only a military line or a political division. It is also a line of confrontation between ideologies – the ideologies that opposed East and West during the Cold War, and that seemed to have faded after the collapse of the Berlin Wall, the reunification of Germany, the breakup of the Soviet Union and Russia’s rejection of communism.

Yet, the demarcation line at the 38th parallel still stands strong, and one of the factors is the ideological struggle opposing, very briefly speaking, what the North calls its Juche ideology, or ideology of “subjectivism”, and the ideology of liberal democracy in the South.

Our Founders’ conviction is that the reunification needs to be dealt with also on the level of ideology. By asserting that “there cannot be true peace without God”, they do acknowledge that peace needs to be built based on political and economic cooperation, - but they affirm that, ultimately, sustainable peace must be rooted in common values centering on the highest principle of peace, which is love.

Their teaching is called Unification Thought, or Headwing Thought, meaning a thought that can transcend the right wing and the left wing just like the head, with the brain, can harmonize the right arm and the left arm. This philosophy, which transcends both the collectivism of socialist ideology and the individualism of liberal democracies, is expressed through the principles of Interdependence, Mutual Prosperity and Universal Values that UPF has been promoting.

One of its central affirmation is that Family ethics is the base of social national ethics.

And since there is no time to dwell on this topic, I will just end on a personal note, based on my personal experience in China.

China is today’s superpower in competition with the United States, and it has a key role in the reunification of the Korean Peninsula through its influence on North Korea. What binds China and North Korea, among many other factors, is ideology.

A dialogue with China is today difficult in the West, for many well-known reasons. However, our organization was able to work in China for 10 years, organizing hundreds of seminars and inviting thousands of Chinese leaders of all disciplines throughout the whole country. What allowed this to happen, although we were known as a western organization with a religious background, is the “headwing approach” that I just mentioned, centering on Family Values. People to people diplomacy can go a long way to overcome political barriers.