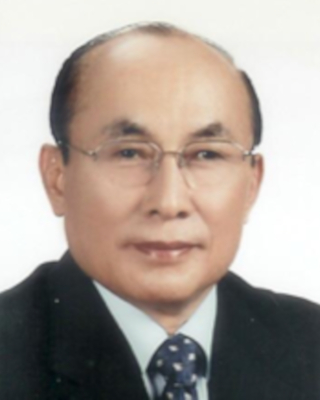 Excellencies, Distinguished Peace Ambassadors, and European leaders! I am No Hi Pak, Senior Adviser of UPF Korea. I am very happy to be able to meet so many respected leaders through this special event today. As the world continues to suffer from the Covid-19 pandemic, I hope you and all your families are in good health and peace.

Here in Seoul, Korea, it’s the night of June 25th, 2021. Today is a very meaningful day, commemorating the 71st anniversary of the outbreak of the Korean War. On this significant day, I deeply appreciate UPF Europe and Middle East for organizing this special webinar on the ‘Peaceful Reunification of the Korean Peninsula’. It is my great honor and privilege that I have this opportunity to share about the ‘Korean War’ on behalf of Korea.

The Korean War began with the invasion of South Korea by the Democratic People’s Republic of Korea on June 25th, 1950.

To the Korean people, the deep pain of this experience continues even after 70 years; our wounds have not been completely healed, and many Korean families remain separated from their loved ones on the other side of the border.

When World War II ended with the surrender of Japan on August 15, 1945, the Korean people were liberated from 36 years of Japanese colonial rule. The Korean people thought that the opportunity had finally come to establish a democratic and independent government on the Korean Peninsula, fulfilling their long-time dream.

But at that time, the Korean people didn’t know that the four major powers – the United States, Great Britain, the Soviet Union, and China – had already agreed on a divided occupation of the Korean Peninsula, marked by a border along the 38th parallel.

From the point of view of common sense, if the division of Northeast Asia was necessary for post-war settlement, it was reasonable that Japan, the aggressor in the war, should have been divided.

Instead, the Korean Peninsula, which had been the victim of Japanese colonial rule, was divided. The Koreans, who had already suffered so much, faced an even greater tragedy with this division of their country.

In January 1950, when US Secretary of State Dean Acheson drew the “Acheson Line” placing parts of Asia under US protection, he excluded South Korea. That left the South Korea defenseless.

Under these circumstances, North Korean leader Kim Il-sung was emboldened. He persuaded the Soviet Union to provide tanks for his invasion of the South, under the pretext of “liberating” the southern half of the Korean Peninsula.

At 4am on June 25th the North Korea launched its war of aggression against the people of South Korea. In fact, this was a proxy war between the ideologies of communism and democracy.

Later, nationally and internationally, some people claimed that South Korea had been the aggressor in the war. But when the documents and records of the Soviet Union were declassified in the 1990s, they confirmed Soviet involvement in the planning and execution of the invasion by North Korea.

Fortunately, the United States took the lead in getting the UN Security Council to define the Korean War as an invasion by North Korea, and to dispatch UN forces. On July 7, 1950, the United Nations Command was formed officially in Tokyo. Sixteen countries dispatched combat units to protect freedom in South Korea, and five countries sent medical support. Another 33 countries provided material aid.

So, just five years after the end of World War II, another large-scale international war was being fought on the Korean Peninsula, involving 54 countries.

UN forces under the command of General Douglas MacArthur landed in Incheon on September 15th, 1950. The success of this landing operation reversed the course of the war, and on September 28th, the capital city of Seoul was recaptured. Finally, the 38th parallel was crossed on October 1st. Korean people had high hopes that the land of North Korea would soon be recovered.

Rev. Sun Myung Moon, the founder of UPF, had a unique perspective concerning the division of the Korean Peninsula. He said it was not simply a product of geopolitical rivalries between superpowers, or the result of conflicts within the nation. He said that it was an inevitable process in the history of salvation and restoration within God's providence.

Rev. Moon has explained that the history of salvation is the history of struggle between good and evil. Therefore, good must first be separated from evil, and then God can restore the two sides when evil naturally submits to goodness, through a process of indemnity.

That is why the Korean Peninsula was separated into two parts, the communist North, which represents evil, and the democratic South, which represents goodness. Korea, throughout its history, had to serve as a sacrificial offering. This had the symbolic meaning of dividing an offering and spilling its blood. He said that this is the meaning of the division of the Korean Peninsula.

When the war broke out in 1950, I was only 9 years old, in the second year of elementary school in the middle part of South Korea. I clearly remember that my only elder brother, Dr. Bo Hi Pak, had entered the Korean Military Academy on June 1, 1950.

Unfortunately, just over three weeks later, at dawn on June 25th, his class of brand-new cadets was sent to the Pocheon area north of Seoul to stop the North Korean army from advancing south with Soviet tanks.

The first night, about 300 military cadets, with no combat experience, fought against the North Korean army. My brother said that about 100 cadets, who should have become officers of the Korean Army, were killed overnight.

As he faced death numerous times during the war, Dr. Bo Hi Pak prayed: “If I survive this war, I will devote my whole life to following the will of God.” Later, he met Rev. Sun Myung Moon and devoted his whole life to the cause of God, attending Rev. Moon.

At that very time, Rev. Sun Myung Moon was in a North Korean labor camp, after a very unfortunate series of events. In 1946, he had received the heavenly revelation to “Go to Pyeongyang.” At that time, many Christians believed that Pyeongyang, in North Korea, would be the New Jerusalem, and many spiritual activities were taking place there.

Rev. Moon actively proclaimed the new truth and gathered many followers, despite the surveillance and oppression of the communist regime. In 1948, however, he was accused of being a spy for the South and was sentenced to three years’ imprisonment at the Heungnam Labor Camp.

In October 1950, as the tide of war was turning against North Korea, the guards decided to execute all of the prisoners. On October 13th, the day before Rev. Moon’s execution, UN forces began bombing Heungnam. The bombs fell overnight, destroying the prison walls, and the next morning Rev. Moon walked out of the prison.

At that time the Korean people still held the hope that the South Korean and UN forces would advance northward and reunite the country.

But in December, Chinese Communist forces joined the war. They attacked in huge numbers, using the “human wave” tactics of the Chinese Army. Unable to stop them, the South Korean and UN forces retreated south again. On January 4th, Seoul was again occupied by Communist forces, tragically.

In December 1950, the bitter cold weather in North Korea and the Chinese army tactics caused a lot of casualties on both sides. Large-scale evacuation operations from North Korean territory were started, involving indescribable suffering and hardship.

The Korean War began on June 25, 1950, and ended after three years of fierce fighting, on July 27, 1953, when an armistice agreement was signed. The fighting stopped where it began, near the 38th parallel.

But hundreds of thousands of North and South Korean soldiers had confronted each other across that line. It is now the world's most heavily armed area, a truce line that can be breached at any time, dragging the two sides back into the frenzy of war.

I think it was the Korean War that really divided the North and the South. It fixed and strengthened inter-Korean confrontation. Moreover, North Korea is now politically cut off from the world due to its pursuit of nuclear weapons. It remains a place that threatens the peace of the world.

In 1961, my elder brother Dr. Bo Hi Pak was assigned as an aide to the military attaché at the Korean Embassy in Washington D.C. At that time, everywhere he went he was disappointed and saddened that Korea was known only as a nation of war, poverty and orphans. People knew nothing of Korea’s 5000-year cultural and artistic heritage. He thought, in order to overcome this, we have to show the people of the world our rich cultural heritage and the beauty of our art, no matter how difficult it may be.

Finally, he sent a letter to Rev. Moon in Seoul, Korea and suggested that he establish a Korean folk dance troupe. Rev. Moon immediately agreed to the idea, and in 1962, he founded the Children’s Folk Dance Company and named it the Little Angels. Founded in this way, the Little Angels started their first world tour in 1965.

Dr. Bo Hi Pak wanted the first performance of the Little Angels to be a very significant event. He arranged for them to perform for former US President Dwight D. Eisenhower on September 12th, 1965, in Gettysburg, Pennsylvania.

Finally, the Little Angels were invited to give a Royal Command Performance for Queen Elizabeth at the London Palladium in England.

The Little Angels truly became diplomatic envoys representing Korea and its artistic traditions. They are so proud to be Ambassadors of Peace to the world. They have also been widely recognized as the origin of the Korean wave, known as ‘Hallyu’.

The year 2010 was particularly marked as the 60th anniversary of the outbreak of the Korean War.

At that time, Rev. Moon proclaimed that he would send the Little Angels to the 16 countries that dispatched forces to Korea under the UN flag, and the five countries that provided medical aid. He wanted to express the Korean people’s love and gratitude for their sacrifices during the Korean War. Korean people never forget the kindness of others.

This tour was a major undertaking, which neither the government nor any large corporation had ever thought of. Rev. Moon said that his own life had been saved when the UN forces liberated him from the Heungnam Prison Camp. Through the beautiful singing and dancing of the Little Angels, he wanted to convey his thanks to all the veterans and people of the countries that supported Korea in its time of need.

Since Rev, Moon passed away, Dr. Hak Ja Han Moon is leading all providential tasks at the frontline. She said that, “The Korean Peninsula has been suffering from division for 76 years, but still the prospect of unification is not very clear. God's providence must be completed, abolishing the ideological confrontation between communism and democracy by achieving the unification of the Korean Peninsula, to contribute to peace in Northeast Asia and world peace. Reunification must be not only geopolitical unification, but also the unification of values, and the unification of ideology among our 70 million people, centered on God. And this unification process must be peaceful. It is only possible when we practice true love.”

You are also encouraged to participate in this God-centered movement for a unified Korea.

Thank you for listening.