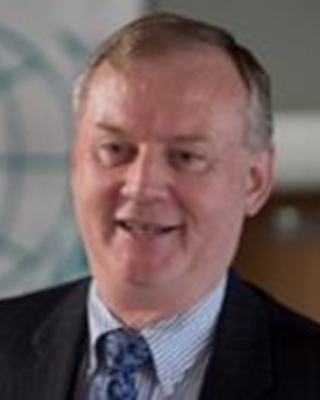 Thanks, Keith, for your kind introduction. It is good to see you again, even if only on the Internet. I fondly remember our meetings in London.

In my concluding remarks I would like to talk about a subject that is surely new to many on this webinar. It is a concept that originated with the UPF founder, Rev. Dr. Sun Myung Moon, and is called Headwing ideology.

In the last hundred years we have heard much about left-wing and right-wing ideologies and political organizations. However, Dr. Moon conceived of Headwing ideology based on his understanding of the providential direction of history. In his view, conflict began at the dawn of history with humankind’s disobedience to and deviation from God.

The story of the Human Fall is a common understanding among the Abrahamic faiths. Other cultures and traditions have spoken about it in various ways, but most cultures have concluded that there was a beginning point of conflict and evil in the world. In the Abrahamic faith tradition, we see the beginning of conflict with two brothers, Cain and Abel. And we can follow a thread throughout history which reflects this conflict in various forms.

In the short time that I have to speak, I can give only a brief summary of this. In Reverend Moon’s understanding, the conflict between Cain and Abel was resolved on a family level by the reconciliation between Abraham’s two grandchildren, Esau and Jacob. After many years of bitterness, the two brothers were able to meet and, due to the magnanimous nature of Jacob, the resentment in Esau’s heart melted.

This effort at restoration by God has continued on many levels since then, and the world even ended up being divided into “Cain” and “Abel” views, manifested during the Cold War by conflicting worldviews. Thankfully, the Cold War to a great degree was resolved without major conflict, but the underlying viewpoints still trouble our world, and we still divide into left and right.

Reverend Moon’s solution was to understand in particular the responsibility of the “Abel” view to initiate action that would bring about reconciliation. He himself led many efforts to do this. In April 1990 he traveled to the Soviet Union to meet with President Mikhail Gorbachev and encouraged him to radically change the Soviet system to allow freedom of religion, freedom of the press, and a more democratic government system.

In December 1991 Reverend Moon traveled to North Korea and, at the risk of his life, publicly criticized the North Korean leadership for pursuing the atheistic Juche ideology of Kim Il Sung. Within days of that speech in Pyongyang, he was invited by Kim Il Sung to his residence, where they met and embraced. Reverend Moon pledged his support for the economic revival of North Korea and committed himself to work toward uniting families and ultimately toward the reunification of the Korean Peninsula.

Over the following years the Unification Movement of Reverend Moon established an automobile factory in North Korea, the first such venture, and also constructed a spiritual/cultural center in Pyongyang. All of these efforts have opened many doors to the leadership of that country, and in the coming years, I believe, under the leadership of Dr. Hak Ja Han Moon, we will see positive steps toward the peaceful reunification of North and South Korea.

To conclude, I see Russia being in a position to play a very crucial role in this process. Russia is still a respected partner of North Korea, and the two nations share a 17-kilometer border. Russia can guide the North Korean leadership about the benefits of dispensing with an ideology that has ruined its economy and left its people without any hope for the future. Russia can offer a face-saving way for the North Korean leadership to make the necessary changes.