Details
Written by Mr. Yoshihiro Yamazaki,Coordinator of IAAP for Europe and the Middle East.
01 May 2021 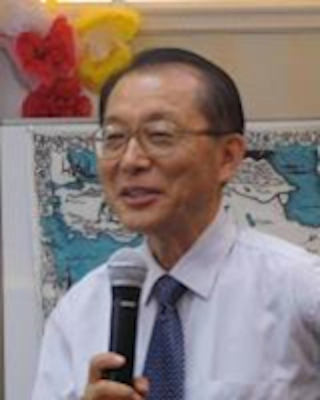 Thank you very much for your contributions to this excellent and fruitful discussion. This particular session has been hosted by the International Association of Academicians for Peace in Europe and the Middle East, in short IAAP. As its name suggests, IAAP aspires to encourage and engage academics in contributing to peacemaking causes and efforts with their rational capacity, and making the best use of science and technology.

As Mr. Isomura pointed out, North East Asia involves the three largest economies (USA, China and Japan) as well as the three most militarized nations (USA, China and Russia). In fact, these four powers have been variably responsible for the creation of the two independent Koreas, their devastating war and subsequent division. The two Koreas have taken sharply contrasting paths of nation building, thus they are obliged to settle the ideological struggle. To complicate the present state of affairs further, history overshadows these four powers and two Koreas, as grudges from the past century persist and territorial disputes involving Japan, Russia, China and Korea come to the boil. It is hardly an environment in which to talk about a common community!

Indeed, these questions and many more in Korea and North East Asia need the wisdom of academicians to untangle them. If we could arrive at innovative principles, policies and environments that are conducive to Korea’s peace and unity, the entire world would benefit from a more harmonious future. How can we accomplish this?

I may briefly testify about this based on my personal engagement in the Middle East. As a journalist, then as a thinktank researcher, I have personally witnessed the excruciating suffering of the peoples and societies in the Middle East. Their unfortunate fate was in large part predestined, if not driven, by the past colonial rulers and big powers, just like Korea under Japanese rule and, during the Cold War, under two superpowers. If Korea’s questions could find solutions, therefore, this would surely help many nations and peoples under distress around the world to untangle their own.

UPF has been trying to elaborate three guiding principles towards a peaceful, prosperous and harmonious community of nations. They are: Interdependence, Co-Prosperity and Universally-shared values. Actually, these have been explicitly advocated by UPF’s founders, Dr. Sun Myung Moon and Mrs. Hak Ja Han Moon since the 1960s. They anticipated the eventual demise of communism and ultimate advent of a world guided by these principles. Doesn’t the current world which is plagued by the Corona Pandemic and all its tragedies urge academics to convert these principles into applicable policies and technologies?

Since the 1970s, Dr. and Mrs. Moon have been inviting scholars and scientists to explore a value-oriented scientific horizon through a program called the International Conference for the Unity of Sciences, or ICUS for short. This year’s virtual ICUS conference was held just before this ILC program.

Incidentally, in one of the ICUS conferences in 1981, that is exactly 40 years before, Dr. Moon shared his vision of what he called ‘an Asian Common Community’ by constructing a ‘Great Asian Highway Zone’, eventually linking to ‘a Great Free World Highway’. Let me quote his remark as follows:

“This highway would be a great international highway around which freedom is guaranteed, through mainland China, the Korean peninsula from north to south, to an underwater tunnel or bridge to Japan, and moving north through the entire Japanese islands.” People in Europe may appreciate this vision thanks to the road network built by the Roman Empire.

Peace is an ideal, and its implementation requires enormous volumes of exploration and the sharing of wisdoms, knowledge and rationale to develop workable policies and knowhow. You are sincerely invited to this task of the century! Once again, thank you for your participation today!