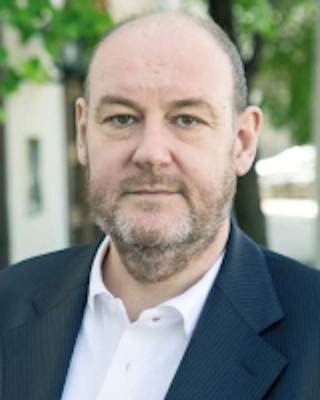 European integration was built on the foundation of the reconciliation and accord reached between the countries of Europe following the Second World War. Economic cooperation between European countries has become possible on the basis of the understanding that Europeans will never again fight each other.

However, this has not yet happened in Northeast Asia. The presence of unresolved territorial disputes and conflicts, and the absence of regional mechanisms for regional security and cooperation, are rooted in the events of the recent history of the second half of the 20th century and are caused by the historical and geopolitical contradictions associated with them.

The creation of the economic community of Northeast Asia will take place on the background of the formation of the main mechanisms of multilateral integration processes in the economy and trade, including the Asia-Pacific Free Trade Area (APFTA), the Comprehensive Regional Economic Partnership (RCEP), as well as the US-promoted Trans-Pacific Partnership (TPP) project.

The Comprehensive Regional Economic Partnership (RCEP) Agreement, signed at the ASEAN Summit in Hanoi in November 2020, marks a new reality in the economies of the Asia-Pacific region and around the world. The world's largest free trade zone is being created with approximately 2.2 billion consumers and a GDP of 28 trillion dollars, which is more than 32% of the total world GDP. By 2050, the total GDP of countries that have entered into an agreement on a comprehensive regional economic partnership may grow to 100 trillion dollars.

The RCEP project is interesting not only in itself, but also in comparison with another, no less ambitious one, the Trans-Pacific Partnership (TPP) project, created four years ago. TTP and RCEP today are the two main centers of regionalization in the Asia Pacific Region; both have a high potential for influencing regional and international economic structures.

The Comprehensive Regional Economic Partnership (RCEP), like the Trans-Pacific Partnership (TPP), involves trade and investment regimes, technological exchanges, intellectual property protection, and the resolution of trade disputes. However, the fundamental difference between them is their goal and approach. If RCEP focuses on strengthening economic and trade interconnectedness, then the TPP focuses on more radical trade liberalization and has a high "entry threshold". If RCEP can be of interest to almost all of the countries in the region, then the TPP is of interest mainly to large transnational corporations.

In Eurasia, the process of conjugation of Eurasian economic integration is taking place within the framework of the Eurasian Economic Union (EAEU) and the Chinese Belt and Road Initiative (BRI). It is one of the most iconic and innovative manifestations of modern trends in economic regionalization and globalization. If implemented, it will radically change the geo-economic and geopolitical situation in Eurasia.

The idea of ​​the Greater Eurasian Partnership (GEP) proposed by Russia is intended to harmonize various regional economic formats based on the principles of transparency and mutual benefit. So far, there have been no precedents for interblock trade and economic partnerships, however, according to experts, it is quite possible within 10 years to form the GEP as a network of free trade zones (FTZ), a set of trading blocks, the most probable format of which will be the so-called “bowl of spaghetti.”

The processes of development of cross-border and interregional cooperation in North East Asia is also very important. The experience of the Association of North East Asia Regional Governments ("NEAR") should be studied. It is an organization for the support of interregional cooperation, which includes the regional governments of Russia, China, Japan, the Republic of Korea, North Korea and Mongolia. The Association unites 77 regional administrations, including 16 from the Russian Federation.

Despite the difficult situation around the North Korean nuclear program, it is necessary to involve North Korea in the processes of regional economic cooperation. Russia proposes to activate trilateral projects of the Russian Federation, Republic of Korea and DPRK in the field of transport, logistics and energy. Russia is making efforts to complete the reconstruction of the trans-Korean railway line. The reconstruction of the Khasan-Rajin railway is part of a plan to create a transport corridor connecting the north and south of the Korean Peninsula with access to the Trans-Siberian Railway.

The “debt for development” approach, which contributes to the involvement of the DPRK in international projects on the basis of the settlement of North Korean debt on Soviet credits, continues to remain highly relevant. The importance of the prospect of trilateral cooperation between Russia-DPRK-Republic of Korea on the implementation of the project for the construction of a gas pipeline and transportation of gas through the DPRK is growing.