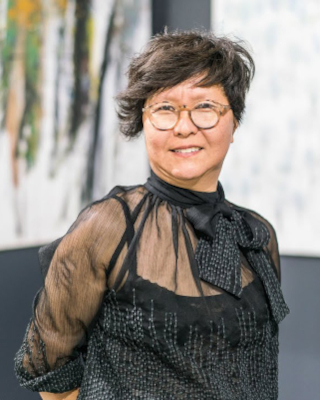 Thank you for the beautiful video which was prepared by the ILC staff in such a short time, also thank you to all of the presenters for your interest in the Peaceful Reunification of the Korean Peninsula and your insights.

When I saw the list of panelists, I felt I might know the least about Korea among the presenters, since I left Korea 30 years ago.

I feel a bit uneasy to talk about Korea as a Korean, because my view might be unobjective. I have been living in Europe for more than half of my life. I am a Korean who settled in Croatia in 1996, so I hope that will help me to be more objective in viewing Korea and its reunification.

Why do we need to pay attention and give support to the Peaceful Reunification of the Korean Peninsula?

When I looked at the agenda of this webinar, I asked to myself why we need to pay attention and give such support?

For a Korean, it is natural to take an interest in its own nation’s matters, but why should those from other nations?

As the division of Korea didn’t happen by the will of the Koreans, the reunification of Korea doesn’t depend only on the two Koreas either. We should address to the world the need for international support.

Therefore, I am deeply moved by UPF’s effort to raise awareness of the need for cooperation in this matter.

North Korea’s 70 years of suffering is well known to everyone and Korea is the last country which remains a divide country with Democratic and Communist systems.

Reunification would enable families to be reunited, save North Koreans from poverty and secure them freedom, as well as preventing the tension and destruction in the Pacific area which would be caused by a second Korean war. Also, it would have great symbolic significance, ending 70 years of conflict in Korea between two ideologies, so it’s not only a regional matter.

Korea, with its long history and character with God given values, has many things to offer to world. We need to have a great interest in Korea’s unification, considering the tremendous positive consequences which could come globally by having a United Korea.

When the peaceful reunification happens, it will inspire and give hope to many others in the peace keeping effort. So, it is crucial that reunification is motivated by the interest of the whole, not only national interest, and this way create a path for the rest of the world to do the same.

3. Is Reunification possible in near future?

Many people ask me this question, though I am not an expert in this matter, and even experts are not able to predict when this will happen. I can only speak from my observation that if efforts for the Peaceful Reunification of Korea continue, it could happen sooner than expected.

I can say that because of the phenomena called the “Korean Wave”. Perhaps you heard of it. The Korean wave is the increase in the global popularity of South Korean culture since the 1980s. It was first driven by the spread of K-dramas and K-pop across Asia during its initial stages, and later evolved into a global phenomenon, carried by the Internet and social media.

The growing popularity of Korean pop culture in the world was at least partly driven by the South Korean government supporting its creative industries. The impact of "Gangnam Style" and Korean dramas such as “The Moon Embracing the Sun”, brought international recognition and enhanced its reputation.

The Korean wave has heavily impacted contemporary cultures, the music industry, film industry, television, and behavioural aspects of various people throughout the world. A few days ago, a Korean movie won another Oscar after last year’s 4 Oscars for Bong Jun Ho’s film Parasite.

What I want to say is that people, especially the young generation all over the world, came to know about Korea, and their love for K-pop and K-pop stars lead them to take an interest in Korea, causing them to want to travel to Korea, learn the Korean language, wear Korean fashion, use Korean cosmetics and eat Korean food.

More importantly, the Korean Wave spread to North Korea. When I heard that North Korean girls love G Dragon, I googled him, who is G Dragon?

He is a young K-pop Star and artist who is widely recognized in the fashion industry at the world level. After researching him, I also became his fan. Culture is powerful; it’s very contagious.

Have you heard of BTS? It’s another K-pop boys band which has 90 million fans, 25 times the Croatian population. BTS’s fans are called the Army; they love and supports BTS. Their influence is so big that when BTS gave a $1 million donation for a certain cause, the Army matched up with another $1 million in an instant.

These K-pop stars create a new culture together with their fans. There was never a time like now when all types of art and entertainment are reachable by everyone in a second, even in North Korea. Even though it’s forbidden and can be harshly punished, young people take the risk to watch K-dramas and listen to K-pop music. They learn the concept of freedom, human rights, love, and all kinds of different values which they had never heard of before. By experiencing South Korean culture, they long more and more for life in a free Korea.

I would like to believe that the Korean Wave phenomena is the preparation for Korea to be acknowledged throughout the world, as well in North Korea, especially by the young generation and to be support for further development in Korea including its Reunification.

I would like to finish my speech by wishing for a peaceful transition toward a united Korea, and I hope that a united Korean culture can contribute to the development of a world culture, which can nurture and elevate the spirit.