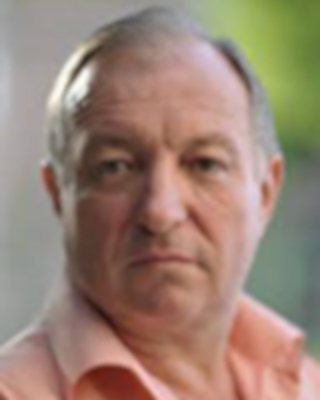 The main topic of today's world forum of intellectuals is "The role of culture in the peaceful reunification of the Korean Peninsula." I could talk about the Koreas all day, evening and night. I really love this region, but the declared topic touched a painful spot and aroused my consciousness to talk about something else related to the main dispute.

The decorative and applied art of Korea is a whole world of objects and images, a world of many faces, bright and unusual. The history of decorative art is the history of a people, their way of life, their ideals and ideas about beauty. Today in the two Koreas, embroiderers create works of art based on ancient traditions.

The shell paintings also have an ancient history and are created by the masters of the two Koreas. And this is absolutely logical, because more than a thousand years ago, Korean craftsmen began to decorate furniture and other household items with shells of mollusks. Since the 1960s, craftsmen on both sides have been using shell mosaics that combine elements of applied and visual arts.

Original Korean painting has a long history of development. Korean paintings are distinguished not only by a dynamic, beautiful and truthful plot, but also by a variety of drawing techniques that ensure the brightness and conciseness of the image.

Very briefly, the history of art, cannot be divided in two even theoretically.

In the first millennium AD, three early states appeared on the territory of modern Korea: Silla, Goguryeo and Baekje. The period of their existence in the same era was called the "Period of the Three Kingdoms", which lasted from 57 BC. to 669 A.D. The state of Goguryeo was in the north of the Korean Peninsula, while Baekje and Silla were in the south.

The culture of each state had a common historical basis, but differed from the others due to the peculiarities of nature, economy, intensity of political, trade and economic ties with other states.

All art historians and culturologists of the world consider pottery to be the main ancient art of Korea. With which we, of course, agree.

In Korea, in one of the first places on earth, the potter's wheel became widespread. Not only a manual version of it, but also a foot-operated one. In Korea, as in China, circle-shaped crockery was valued more than hand-made vessels. This is a significant difference between Chinese and Korean ceramic art and Japanese pottery, where handicrafts were preferred. By the way, the potter's wheel appeared at the same time on the territory of modern Ukraine.

Another feature of arts and crafts is the Korean kiln. During firing, the temperature in such furnaces reached 1200-1300 ° C. This type of kiln became traditional for Korean pottery and survived until the 20th century.

In the 15th century, ceramics from Kerensan were especially famous. The most common and simple type of Punchong ceramics were bowls decorated with small plant motifs using stamps. And, probably, I will not reveal a secret to you if I say that half of the countries whose representatives are listening to us now used this technique in the 15th century.

Although I am a scholar of art history and have written more than 1000 works, I do not know which of the Koreas today have the primacy in the tradition of this art form.

In 1998, Eduard Pak defended his Ph.D. thesis "Korean art metal of the XIX - XX centuries: Origins. Evolution. Tradition". Everyone knows that at the beginning of the dissertation, the author sets tasks. Among others, Eduard Pak speaks of, and I quote, “the problems of the development of Korean art (by the example of art metal) after the coming unification of Korea.

Let me remind you that the topic for our today’s World Forum of Intellectuals is:

(1) The role of culture in the peaceful reunification of the Korean Peninsula. But this is the theme of the World.

(2) The violent division of territories has taken place throughout human history.

(3) The most related examples of division in modern history - East and West Germany, Central and Western Ukraine.

Let's take specific examples. The biker movement. Motorcyclists riding on the road facing each other greet each other by waiving their right hand. At that time, they do not see who is driving, what color his skin is, what his religion is and what country he is from. Do you know why? Because the license plate of the motorcycle is behind. And those who greet each other do not see it. The next international biker gesture is a raised right hand. This is an alarm and danger signal. Bikers from countries that are hostile in politics warn each other.

The next example is blacksmithing. The topic of perception of the blacksmith by society in our time, as well as the answer to the question of what role he plays in the fine arts of different countries, can be illustrated by specific real-life examples. I suggest we remember the annual "Festival of Blacksmiths", which takes place every May in Ivano-Frankivsk (Ukraine). In fact, the scenario of Ivano-Frankivsk's blacksmith's holiday corresponds to similar events taking place in many countries of the world. Blacksmiths from Ukraine and around the world come to the festival.

In recent years, up to 25 delegations from around the world came to Ukraine. The aim of the festival participants is to show their skills in real conditions, as close as possible to a professional smithy. Every year the symbol and the task to be done by a blacksmith or a group of blacksmiths change. The organizers provide equal conditions for everyone, and this is a blast furnace, a blacksmith's tool. If a blacksmith comes alone and needs an assistant, he is offered a Ukrainian blacksmith from among the college’s students where they study blacksmithing.

The purpose of the festival is to communicate with representatives of one profession, to get acquainted with their work and international forging. International forging is the most interesting spectacle for spectators and confirmation of the socio-cultural component of the action. In addition to the free communication of blacksmiths from different countries during the week of the festival, there are a number of actions: an international scientific-practical conference, a joint excursion to the Carpathian Mountains and a traditional joint dinner. A common table with national cuisine is also a return to tradition, because at the autumn fairs from the times of Kievan Rus to the beginning of the twentieth century, blacksmiths met at a common table.

(7) The role of the subculture thus becomes a way to resolve conflicts.

(8) The folk art of both Koreas, both Germany’s, and both Ukraine’s had the same roots. The strength of traditions equally affects the development of folk art as the closest to the average person's perception.

(9) Folk art has suffered the least from the influence of modern brands that spread in almost all parts of the world.

(10) Ethnoculture today is the country's guide to the world cultural sphere.