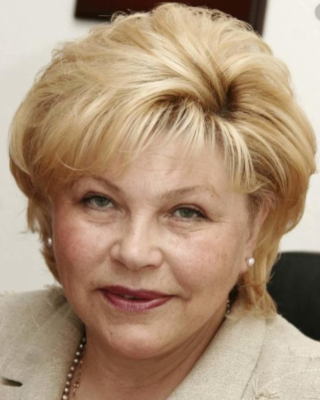 Women have always taken part in international political processes, in all periods of world history. The reign of the great representatives of the fair sex entered the history of Russia under the name "the age of women".

The first was Princess Olga the Great. She is a saint of the Russian Orthodox Church, the first of the Russian rulers to adopt Christianity even before the Baptism of Rus’. In 957, in the 10th century A.D., Olga with a large entourage paid an official visit to Constantinople. We know this from the description of the court ceremonies by Emperor Constantine VII Porphyrogenitus in the composition of The Book of Ceremonies (De Ceremoniis).

Later, already during the period of the Russian Empire, seven women were on the throne at different times in the historical development of our country.

The brightest of them was Ekaterina II or Ekaterina the Great (1729–1796) - the Russian empress, nee Sophia Frederica Augusta of Anhalt-Zerbst. Under Catherine II, the national prestige of Russia grew noticeably, and the country made significant progress in cultural terms; during this period, the foundation for the development of national literature and Russian science was laid. Ekaterina made peace with Turkey, Prussia and England, which confirmed the attachment of Crimea, Kuban and the fortress of Ochakov to Russia.

At the beginning of the twentieth century, the whole world learned about the great woman of young Soviet Russia, Alexandra Kollontai. She was a politician, feminist, the world's first woman minister and ambassador. There were other women in the history of Russian politics in the twentieth century. The most famous of them were: Minister of Culture Yekaterina Furtseva and the world's first woman-cosmonaut Valentina Tereshkova.

As a result of the reshuffle of the government of the Russian Federation carried out by Vladimir Putin in 2007, for the first time in many years, women took soem of the main posts in the Russian cabinet of ministers. Today, the Russian government has two Deputy Prime Ministers, Tatyana Golikova and Victoria Abramchenko, and one Minister, Olga Lyubimova. Also, the Chairman of the Central Bank, Elvira Nabiullina, Ombudsman Tatyana Moskalkova and Ombudsman Anna Kuznetsova. But we believe that despite the positive changes in modern Russia with regard to the representation of women in the executive branch, the number of women in politics is insufficient. Researchers are sure that if we had at least 30% women in the federal government, Russia's social policy would look completely different.

Women play a significant role precisely in matters of peaceful settlement and reconciliation, since women, in contrast to the male inclination to forceful, aggressive decisions, are more inclined to find a compromise, to choose the path of agreement.

In local conflicts in the territories adjacent to Russia, the OSCE organization has identified several informal initiatives where women on both sides play an important role. Examples include negotiations on the distribution of humanitarian aid across the contact line of the warring parties in the Donbass, and on resolving issues of documenting children from non-government-controlled areas. Some women also negotiate confidentially with decision makers about a local ceasefire, finding missing persons and providing support to victims of conflict.

Mrs. Anna Kuznetsova, Commissioner for Children's Rights in the Russian Federation, oversees the search and repatriation of orphans from Syria. These are children whose parents, citizens of the Russian Federation, fought on the side of terrorist organizations in Syria and died. After the identification by DNA tests of close relatives living in Russia, documents of Russian citizens are drawn up for these children, and they are taken home by special planes. As of today, documents have been issued for 122 children. Searches in refugee camps, prisons and shelters in Syria continue.

There are a number of informal processes in which women from different social strata from Moldova and Transnistria, Georgia and Abkhazia, Ukraine and territories not controlled by the Kiev authorities unite and discuss issues concerning the conflict. A former member of parliament from the Republic of Moldova is taking part in one of these processes. In another case, we are talking about three women as mayors of Moldovan cities, who organize dialogue initiatives with participants from Transnistria. Through their social roles, women not only bring different life experiences and information to the process, but also make it more inclusive and reflective of people's needs.

However, there is still no link between informal and formal processes that can significantly increase the participation of women in efforts to establish and consolidate peace. Women should play a more active role in conflict resolution processes.

Since the outbreak of the Syrian crisis, calls for the more active participation of women in negotiations have been partially met. In 2016, the Office of the UN Special Envoy for Syria established an advisory body on women's affairs. The Council is made up of 12 women civil society representatives who participate as outside observers in UN-led negotiations. During each round of negotiations, the council consults with the special envoy to Syria, presenting the issues discussed from a gender perspective and making recommendations. The council includes representatives from various political, religious and ethnic groups, some of whom support the Syrian government and others the opposition.

In the modern world, the role of women is constantly increasing, and the participation of women in world politics and the recognition of their role is also growing.

Examples include women Nobel Peace Prize winners. The most famous of them are Mother Teresa, Malala Youzafsai, Ellen Johnson and Tawakul Karman. The names of 12 women Nobel Peace laureates have forever entered the history of the peace movement. We remember and honor them.

There is a UN Security Council resolution 1325 - it is necessary to continue to take measures to implement it. The resolution created a legal framework to regulate the participation of women in the peace process. However, women's participation is still insufficient. There is a need to increase the involvement of women in the peace negotiation process and to ensure greater representation of women at all levels of decision-making.

Thank you for attention.