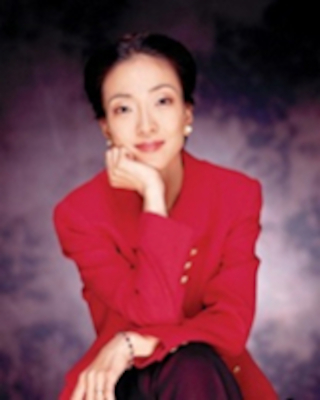 I am truly delighted and honored to be with all of you today.

On behalf of our co-founder, Dr. Hak Ja Han Moon, I would like to thank the Universal Peace Federation for organizing this International Leadership Conference 2021 with the theme, “Toward Peaceful Reunification on the Korean Peninsula: Interdependence, Mutual Prosperity and Universal Values.”

I would also like to thank our prestigious panelists who will be sharing their insights with us today in this important session of the International Association of First Ladies for Peace for the European and Middle East region, with the theme, “Women in International Peacemaking and Reconciliation Processes.”

Perhaps you are wondering why this conference is discussing issues related to the Pacific Rim and, more specifically, Korea. Last year was the 70th anniversary of the outbreak of the Korean War. This war took so many lives and loved ones, not only of the Korean people, but also of innocent young men and women who came from 16 nations, including the UK, Belgium, France, Greece, Luxembourg, Netherlands, and Turkey, to fight for a country and a people they did not even know. Without their sacrifice South Korea would not be the prosperous nation it is today.

Seventy long years have passed since the war and yet still Korea is a divided nation. Furthermore, the conflict on the Korean peninsula adversely affects relations among major powers in the East and the West, making this conflict a major obstacle for world peace.

Much of modern history has been dominated by Atlantic Ocean nations through military strength, colonization, and exploitation. Despite years of effort by the United Nations, this masculine way of maintaining power has not created lasting peace in our world. While advances in technology and development have improved standards of living for many, there has also been an increase of social alienation and anxiety, as well as environmental degradation that is irreparably destroying our planet.

Though humanity has longed and strived for peace throughout the ages, this self-centered culture of violence and dominance, starting from the individual and expanded to national and world levels tells us that there is something fundamentally wrong.

The co-founders of UPF and WFWP have devoted their entire lives to the cause of world peace. Since Rev. Moon’s passing in 2012, Mother Moon, as she is fondly called worldwide, has continued to pursue their shared dream of creating a world of peace. She brings together Heads of State, first ladies, parliamentarians, religious leaders, scientists and scholars, media professionals, artists and businessmen to address the fundamental root causes of the problems of our world.

Their message is simple and unchanging: We are one human family under God, our common parent and the only way to a peaceful world is if each individual, family, community and nation lives for the sake of others with God, our Heavenly Parent as the center.

“Europe had to sacrifice a lot due to the first and second World Wars. The conclusion was to establish the UN, in order to build a peaceful world that can become united. However, because each nation is focused on its own benefit, they could not become one. Human beings need to change. When they come to clearly understand and realize that Heavenly Parent is their Parent, there will no longer be problems caused by human centered systems.”

Father and Mother Moon understood the unique value of the Pacific Rim region, and described this time in history as the Pacific Rim era. We must not repeat the mistakes of the Atlantic Civilization, but go beyond the self-centeredness of the past and learn to live for the sake of others, as implied by the word “pacific,” which comes from “pax,” the Latin word for peace. Our world needs peacemakers, and women are naturally suited for this effort because of their God-given feminine and nurturing qualities.

Under the guidance of the founders, WFWP has organized an annual Women’s Conference for Peace in the Middle East for 25 years. This has provided opportunities for women from conflict-ridden areas to get to know one another and to gradually build relationships of trust. Upon that foundation, they have discussed pressing social concerns and issued joint declarations that reached government and relevant UN agencies.

WFWP has been active in over thirty countries across Europe since 1992. There are advocacy teams and leadership programs at the UN Human Rights Council in Geneva, as well as at the UN Crime Commission and the Commission on Narcotic Drugs in Vienna. Conferences and seminars have been held at the European Parliament and national parliaments on a wide range of issues.

Mother Moon teaches that the Heart of God our Creator is not just that of a Father but also that of a Mother. God is, in fact, our “Heavenly Parent,” and thus we are all brothers and sisters in one human family. She urges all people to respect one another as children of our Heavenly Parent.

Mother Moon wants all women in the world to realize and know their own unique value. She also encourages us to serve the rights and well-being not just of women but of all people, building healthy families centered on God. By educating and supporting one another, women leaders can be initiators of peace, practicing true love and living for the benefit of others.

A notable woman who utilized her skills in the pursuit of peace was US First Lady Eleanor Roosevelt. Following her husband’s death, she accepted an appointment from President Harry Truman to the fledgling United Nations General Assembly. She went on to serve as the first chair of the Commission on Human Rights, and she played an instrumental role in drafting the Universal Declaration of Human Rights, UDHR.

Eleanor Roosevelt used her enormous prestige and credibility to guide the successful completion of the UDHR. After this was adopted, awareness began to grow that certain human rights are inherent, that they pre-exist and stand above the State and all forms of political organization.

The International Association of First Ladies for Peace affirms and uplifts the unique and essential role of first ladies in contributing to peace and development. Like Eleanor Roosevelt in her time, may each of you contribute your own special talents, your own prestige to this world in crisis.

I sincerely hope that IAFLP can become a platform for first ladies to go beyond regions and come together on a global level. Together, let us raise the consciousness of people everywhere, in order to bring about a world of lasting peace based on interdependence, mutual prosperity, and universal values.

We are very much looking forward to a fruitful session. Once again, thank you all for joining us this morning.