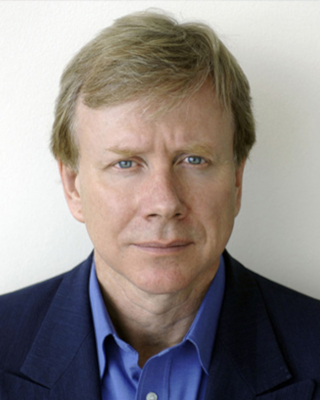 Thank you, Rita, and very good to work with you again, Tom McDevitt, and other distinguished panelists on this critical topic both for the Korean Peninsula and for world peace and stability generally. I have to admit my natural instinct was to resist the title, as Rita alluded to, about the ‘role of the media in contributing to peace,’ My DNA as a reporter screamed that media doesn’t like peace. It’s attracted to war. We chase ambulances and bad news. As if the media were a single entity, which it is even less now than it was when I started out, with blogs, social media and so on.

But the question forced me to think harder. The only stupid question is the one you never ask, and it deserved an answer. So; I began with a different question. How would different narratives unfold in the case of a formal peace and unification? The world is viewed differently from the offices of China’s hawkish Global Times as opposed to America’s Washington Times. Or, America is viewed through a different lens by the Washington Times and the New York Times, by Fox News and CNN.

As a reporter, I could be witnessing, say, a car accident with colleagues from those organisations and we would all send back stories describing how two people died aged 65 and 30 in a car crash. It would be up to the editors to decide on the prominence of the story, the quotes to use from our interviews, , whether to go for the politician of charge of road safety or the driver and so on and which Tweets and posts to pick up on. The decisions of those editors would be in line with their editorial board which projects values, priorities and political leanings.

Now, let us take that premise and look at the Korean Peninsula in the current climate. Comparisons are made with German reunification, but the Korean peninsula is unlikely to be unified on the back of the collapse of the Chinese government, as Germany was with the Soviet Union, or the withdrawal of the U.S. from the Indo-Pacific.

Russia and China have not bought into the democratic beacon as Russia tried to in the early 1990s. Nor, for that matter, do Japan and South Korea, see eye to eye on so many issues – and in all cases nationalism is a prevailing trend as opposed to the globalism of the 1990s.

It will be, hopefully, a negotiation of gradual change with rules that are adhered to involving Russia. China, the U.S., Japan and the north & south. And within that, we will have the stories, the narratives, from those various mainstream outlets broadly reflecting the values of their countries.

I would like to talk briefly about two precise examples of parallels that are happening right now elsewhere, and we can imagine how they would unfold on the Korean peninsula.

The first in Myanmar – where the military took back absolute power on February 1st. Why? The Tatmadaw as it’s known have convinced themselves they are the guardians of the nation. They enrich themselves with Mafia-like business networks of unaccountability at the expense of the 54 million people who live there.

Why on Earth should they give all that up. What about their pensions; what about their status; And as the enemy of democracy gets closer, what about their accountability for the atrocities and crimes against humanity they have committed. Why risk all that to end up in a war crimes cell in the Hague.

There is pretty much the same situation in North Korea. What happens when the global public learns the details of prison camps that will be compared to the Holocaust and human rights abuses which will echo accusations of genocide.

What then is the media’s role? Do they play it down to keep the peace in place. Do they report it and risk moving back to conflict?

The second is China.

Now, five or six years ago, sitting here in London I was told Britain was in a ‘Golden Era’ with China. I am now told it is a hostile autocratic Marxist Leninist state that runs Nazi like concentration camps for an ethnic minority, whose jackboot has landed in once-free Hong Kong and whose warships are taking over oceans needed for trade.

Nothing has changed except the narrative propelled by the governments – that move of focus from the Middle East to the Indo-Pacific. The media didn’t change the narrative. Politicians did and the media followed. In a cynical way, everyone was tired of insoluble wars and craved a new story.

The media’s role in contributing to peace on the Korean peninsula. A great question that I haven’t come close to answering. I am a barefoot reporter. I know what makes a good story. Those driving the peace need to be aware of those triggers and work around them. The media will do what it’s always done. Tell a captivating story. Some is good news. Most is bad. That’s just how the world is.

(This article is based on Mr. Hawksley's notes and may not correspond precisely to his actual intervention.)