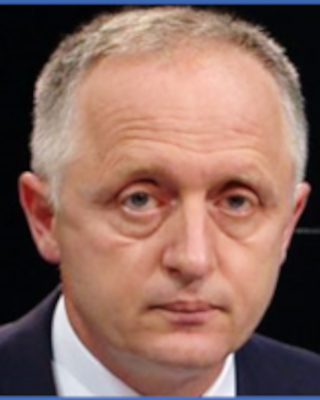 I am a journalist from Albania, a country located on the Balkan Peninsula and the only country in Europe that before 1990 resembled North Korea and after 1990 more closely resembles South Korea. Albania was dubbed the "North Korea" of Europe in the early 1990s because it was the last country to overthrow the communist totalitarian regime.

To understand why Albania was dubbed the “North Korea” of Europe, I will mention two facts: the regime went so far as to ban "private property" and "freedom of religion" under the constitution. No one could leave Albania. The border was literally fenced with barbed wire!

Let me share a short but meaningful episode from my childhood. I was 12 years old in 1980 and one night I was sitting with my family in front of a TV set and we were watching on TV a group of singers from Kosovo (Kosovo is a former province of the former Yugoslavia inhabited mostly by Albanians).

I was surprised when I heard that they spoke Albanian! My father said: don’t you know they are Albanians? I did not know because no one told me, nothing was written in the history book I was learning in school. I did not know that we were on nation, sharing the same language and history. I lived in a country where Propaganda stifled the truth. In a country where journalism is 100% equal to real Propaganda, the truth is the first victim. The fatherland was equal to the Party in power. The truth which I did not know was that in the north of the country there were Albanians living in Kosovo. Today, Kosovo has been declared an independent country and over 100 countries recognize it as such.

From the region where I live, we have the term “balkanization”.

The Balkans did not have an easy transition from communism to democracy and a market economy. The break-up of the former Yugoslavia in the early 1990s was accompanied by four bloody wars. From the bloody conflict that started 30 years ago, we have now "frozen conflicts". The difference is that today the whole region aspires to join the European Union and people have left the conflict in the past. People can freely move in the region without visas (with few exceptions) and talk more about tourism and cooperation than about conflicts.

But despite this new reality, it is difficult to forget that the phrase “media war” was born in the Balkans. Paraphrasing the saying of Prussian General Clausewitz, "war is a continuation of politics with other means", If I am not mistaken Mark Thompson coined the term: "war is a continuation of tv news" with other means”. This is what the media can do when it is used as an instrument of the regimes in power.

In the Balkans today, there is a reflection on "media war" and its consequences. Today more and more time is spent by analysts on “hate speech” and there is a lot of talk about post-conflict journalism.

The advent of the internet and social networks have increased the challenges for the media because the “war” now has moved from traditional media to online.

Here we have a paradox: the media, on the one hand, is the driving force for democratization and reconciliation and, on the other hand, when you read online comments, it seems that the “war” in the Balkans is not over yet! This “war” is not fought on the ground of facts, but on opinion.

Exactly 100 years ago, C. P. Scott argued that the newspaper's first task was to report the facts accurately! He wrote: "Opinions are free, facts are sacred." Unfortunately, it seems that today "opinions are sacred, facts are free".

Another lesson we have learned from reporting on neighboring countries is that journalism needs to take a constructive approach: say the truth, but minimize the harm.

Negotiation and reconciliation are not the only keywords for diplomacy. Journalism can also report more on these topics.

The media today has the hardest job. The public is overwhelmed with information, but finds it difficult to discern the truth. There is a lot of content and little context.

Conspiracy theories, fake news, hate speech, disinformation, malinformation and misinformation have made the work of the media more challenging.

Today in Albania and in the Balkans, we have seen the great damage caused by the circulation of conspiracy theories and fake news on social networks. Allow me to tell you a story about the effects of “fake news”

A year and a half ago, Albania was hit by a powerful earthquake that took many lives and caused a lot of damage. In the hours after the fatal blow, a "fake breaking news" was published in an online media, according to which "at 23:00 there will be another earthquake"! Immediately, almost all the residents of the capital where I live took their cars and tried to leave. Direction: other cities. Total chaos!

I am horrified when I think of the effects of fake news on the Korean Peninsula, one of the most militarized areas in the world.

I started this short presentation by saying that Albania made the transition from the model of "North Korea" to the model of "South Korea". It has not been easy. The transition has gone through trauma. But today we have a market economy, we have democratic pluralism, we have free media and institutions that guarantee the democratic life in the country. Journalism has finally shifted from Propaganda journalism to free media.

For me during these 30 years, the country has changed a lot, the journalist has changed. But for my children who are now in their 20’s, the country is not changing much and traditional journalism is not the main source where they search for news. This is the challenge facing the media today: to become a reliable source of information and to deal with misinformation!