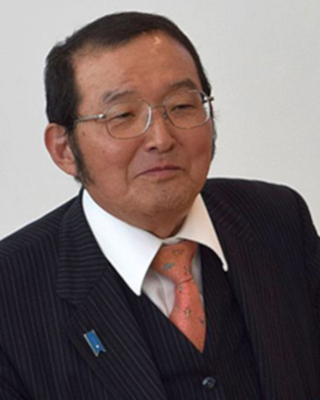 Nice to meet you all. My name is Toshio Miyatsuka and I am the president of the Miyatsuka Korea Institute. I'm not very good at English, so I'll speak in Japanese.

My relationship with the Korean Peninsula goes back more than 60 years. In the village where I was born in the mountains of Akita Prefecture, there were many Koreans from the Korean Peninsula who had come to Japan before the war, to work as laborers to lay railroad tracks. After the war, there were people and families that remained in the village and did not return to the Korean peninsula which was liberated from Japanese rule. I remember playing with those children when I was small, and we became good friends.

Up to now I spoke about my relationship with the Koreans, but it was not until I entered university in 1966 that I became interested in learning about the history, language, and culture of the two countries on the Korean Peninsula, the Republic of Korea and the Democratic People's Republic of Korea (hereinafter referred to as South and North Korea). At that time, academic research and interest in these two countries was not very high in Japan.

I joined the Japan-DPRK Society, an organization that aims to promote friendship and goodwill between Japan and North Korea, and had the chance to see various types of magazines, and promotional pamphlets written in Japanese that were sent from North Korea to the Society's office. This helped me greatly in later becoming a researcher on North Korean issues. In addition, in 1973, I studied at the graduate school of Dankook University in South Korea, learning the Korean language and studying the politics, culture, and history of the two divided countries of North and South Korea through Korean literature.

For my research and analysis of these two countries, I used research books and newspapers published in North and South Korea, and I subscribed to the Sekai Nippo, or World Daily News, another daily newspaper, two South Korean newspapers and one North Korean newspaper. Recently, I have also been collecting materials on the Internet. Even though TV and newspapers report the same facts, TV is quick, while newspapers are printed and delivered to readers, so there is a time difference in terms of news dissemination.

However, even though it is said, "a picture is worth a thousand words," the various images of North Korea on TV give a strong impression to the viewers, but it is sometimes difficult to understand just by looking at them. On the other hand, newspapers and other printed media teach us to understand printed text and what it means. The Internet, on the other hand, is much faster and can be more effective than newspapers and TV, but because it is not checked by a third party, facts and misinformation are mixed and mingled, and in some cases, it can be full of "fake news”. It is often said that the journalistic spirit of "verifying the facts behind the facts" works in newspapers and television, but in reality, there are irresponsible "drivel" articles and videos, and some of them are not "objective reporting" which is required in journalism.

As another form of media, I have been paying attention to the "propaganda leaflets" that both South and North Korea have been distributing in the air within the territory of the other country, and have been collecting and analyzing the leaflets since the Korean War in 1950 until today. The leaflets distributed by both South and North Korea are part of the "information and propaganda warfare," and their influence is so great that they are often referred to as "flying paper bombs. In South Korea, human rights groups such as those by North Korean defectors have been sending a large number of leaflets and other propaganda materials to the North using large balloons and ocean currents. North Korea naturally reacted to this, and in June of last year, in the name of Kim Yo Jong, the sister of Kim Jong Un, then Chairman of the Workers' Party of Korea, and who is said to be the de facto number two in power, forcefully demanded that the distribution of the leaflets be stopped and strictly controlled, threatening that it would not hesitate to take military action. In response, South Korean President Moon Jae-in, under the name of "protecting the safety of the residents of the North-South border," immediately began banning the leaflet distribution, and in December enacted the "Anti-North Korean Leaflet Law.

However, the distribution of leaflets from the South Korean side is an important means of obtaining outside information for the people of North Korea, who live under a closed and ultra-dictatorial regime, and it is also essential media for freedom, democracy and human rights. The U.S. under the Biden administration, which attaches great importance to human rights issues, held a bipartisan hearing and strongly condemned this measure by the South Korean side.

In order to achieve peace on the Korean Peninsula and the unification of North and South Korea, more than anything else, North Korea must join the Treaty on the Prohibition of Nuclear Weapons, which was approved by the United Nations in January of this year, and declare to the world that it will abolish its nuclear weapons. At the same time, the media must appeal to the North Korean government and the North Korean people about the necessity of nuclear abolition. In this sense, in addition to newspapers, television, and the internet, I believe that air-distributed leaflets will also play a significant role.