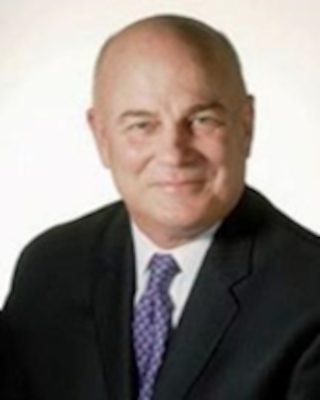 Thank you very much, Rita. It is a special honor to join such an accomplished panel of media experts from Europe and Japan.

Ladies and gentlemen, we are focused today on what role the media should play to bring about the peaceful reunification of the Korean Peninsula and to create the foundation for a unified world. It is becoming clearer each week that the situation on the Korean peninsula, especially in light of the aggressive global intentions of China, is a doorway that can open a great new era of peace and prosperity -- or it can plunge the world into a very dark and dangerous future.

Our era is overcome with multi-dimensional critical challenges. The COVID19 pandemic has wreaked havoc and suffering throughout the world. Social norms have been disrupted. As you all know, there are numerous other critical challenges facing every nation. There are massive changes happening as the world moves from the Atlantic-centered civilization to a world in which the Asia Pacific region is dominant. Our world is experiencing huge disruption.

How we view these challenges is so important. As journalists, it is vital to seek what is most essential in order to report the news with accuracy, fairness and relevance.

New Perspective on Our Time

And we should seek to understand the grand currents that drive our time, this changing era. Peter Drucker said, “Know Thy Time; Fundamental change seems to be taking place everywhere”. It is a “time for choosing” as former US President Ronald Reagan once said.

In my 47 years of learning from and working with the late Rev. Dr. Sun Myung Moon and Dr. Hak Ja Han Moon...their insights, guidance, scholarship, and practice on the nature of our historical era is singularly profound. For example, Rev. Moon predicted the end of the U.S.S.R. in 1985.

Centered upon Father Moon’s legacy and Mother Moon’s leadership, UPF and its various associations are uniquely situated to play a significant role via Track II diplomacy, soft power. Both Father and Mother Moon are originally from North Korea. Both are sincerely respected there. The global and multi-faceted movement they have generated fully supports peaceful reunification. We see two Koreas so different in outcomes, but having the same culture, history, and language.

Each of your great nations, together with other freedom loving countries, creates a counterbalance to China and can influence Korean reunification. Consider the role of the Quadrilateral Security Dialogue (the Quad) and how the support of civil society, faith-based organizations and businesses can make a positive difference. That is why I was so inspired by Mother Moon’s recently proposed concept of an Asia Pacific Union.

Speaking before some 80 Members of the US Congress in 2016, Dr. Hak Ja Han Moon said, “We look at this world and see unspeakable, inarticulate misery happening all around the globe. This is impossible to solve with mere human power. What should we do from here on forward? We should start a movement that once again attends God as the original owner of the universe in our families, countries, and world. However, the reality is that, although our hearts are eager to attend God, it’s hard to practice in real life.”

In the face of so many critical challenges around the world, in our nations, communities, in our homes and even in our personal lives, I believe we are witnessing the phenomenon of a new global Great Awakening and that requires a new mindset, an enlightened grand strategy and new leadership, especially that of women.

As the evangelical historian philosopher, Os Guiness, likes to say, “contrast is the mother of clarity.” When the world seems so dark, the emerging light of a new view of life centered on the highest ideals of true love that transcend the barriers of race, religion, culture, and national boundaries is now becoming more evident with each passing day. This is a new view of reality that is beginning to take root. That’s the stuff we as journalists need to be watching for. To tell the world where we can find real hope and opportunity.

In 1978, the Rev. Dr. Sun Myung Moon spoke before a couple thousand journalists at the World Media Association Conference, “More than ever before the pen is mightier than the sword. I have always believed that the media must be free and that a free press must also be a responsible press, and that a responsible press is a moral press. What do I mean by a moral media? A moral media is society’s conscience.”

In February 2020, as a key aspect of the World Summit 2020 which attracted 520 journalists from 71 countries, the International Media Association for Peace, or IMAP, was organized under the banner of the Universal Peace Federation and its chapters in 190 countries, in part to commemorate the centenary of Rev. Dr. Sun Myung Moon’s birth.

IMAP was launched at Dr. Hak Ja Han Moon’s behest, with the mission to address the current crises in media credibility, media standards and ethics, and the seemingly never-ending industry upheavals and innovations. IMAP also seeks to provide professional development and networking opportunities to media practitioners around the world.

IMAP will encourage the development of a responsible global media industry that is highly trusted, independent and prosperous, and accessible to all people. And, as the “peace” in IMAP's name suggests, there is also a strong desire to encourage news media to shine a light on dialogue, collaboration, conflict resolution, and most of all, solutions -- as a way to promote human development, God-given human rights, social well-being, freedom and prosperity.

Throughout the world, we see the need for improvements in the media profession. For that reason, I would like to comment on a recent project of the International Media Association for Peace, our “Partnership for a Free and Responsible Media” project.

The purpose of this partnership is to create a framework for identifying major challenges and often-overlooked opportunities for the media in the 21st century. We recognize that a free and responsible media and communications industry is essential for democracy, crucial to our inherent freedoms, indispensable for protecting God-given human rights, critical to maintaining social well-being, sustained economic development, and foundational to building a world of lasting peace.

The 2020 IMAP Resolution further declared that a free and responsible media should work toward the following principles and objectives:

We invite you all to participate in this program with the hopes that IMAP can enhance your professional and personal development, and open doors to a valuable global network of like-minded journalists. Let us work together to build a world of lasting peace, prosperity and human fulfillment centered on God.

May God bless you and keep you and your family safe, healthy and may you always flourish. Thank you very much.