Details
Written by Hon. Keith Best, former member of the British Parliament, UPF UK Chair of the Board of Trustees.
29 April 2021 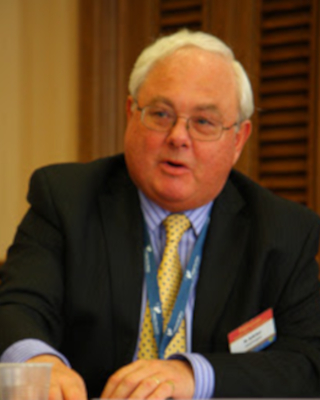 Succeeding generations pay a heavy price for the way in which we forge our borders, as history shows. Most of the major conflicts have been and continue to be caused by disputes over boundaries. Often the result of territorial aggrandisement through armed aggression flawed treaties, effects of colonialism or redistribution by victorious powers, so many of our borders today cut across natural ethnic, linguistic and cultural entities.

When visiting Potsdam towards the end of the Cold War, I was intrigued to see displayed on the walls the blank maps of Europe on which Churchill, Stalin and Truman had drawn thick red lines indicating future spheres of influence. We all know the story of the Sykes-Picot Agreement, the 1916 secret treaty between the United Kingdom and France, with assent from the Russian Empire and the Kingdom of Italy, to define their mutually agreed spheres of influence and control in an eventual partition of the Ottoman Empire and how it so betrayed Lawrence and the Arab cause: the unrest today in the Middle East is largely occasioned by that legacy more than one hundred years later.

I recall when visiting my Tswana friends in Bophutatswana, an apartheid Bantustan creation of the South African Government, of 1.5 million souls without their own independently recognised state and appropriate passport who complained to me why it was that north of the Molopo River their fellow tribespeople, fewer in number, had been living in their own sovereign state since 1966. We can all still see the legacy of the British Empire in African independence with boundaries cutting across tribal territories using lines of latitude and longitude without natural features on the ground.

It is true that most of the past and present conflicts in the world are precipitated by ill-considered boundaries taking little account of the wishes, identities or relationships of those affected. There can be no better example (and one which so exemplifies the inherent dangers and tensions) as the division between North and South Korea along the 38th parallel. After a millenium of being a unified political entity, not only was that division at the end of the Second World War the result of an absence of political planning for the future by the allies, but also an understanding reached between the United States and the Soviet Union in the last days of the war that Soviet troops would occupy the parts of Korea north of the 38th parallel and US troops would occupy those south of this dividing line. The rest is recent history of which we all are aware.

It was, of course, meant to be only a temporary arrangement until the Korean trusteeship could be implemented leading to the establishment of a unified Korean state over the entire peninsula. The UN failed to find a compromise acceptable to both powers and the two separated states came into being. Like so many such temporary provisions in other parts of the world, it has now become established. We should not forget, also, that after the tragedy of the war (in effect, a civil war but with significant external intervention), there remains technically a state of war between the two. There is only an armistice.

The natural and obvious answer to divisions of those with a common heritage which exists not just in Korea but also, as I have mentioned, in other parts of the world is to bring them together – to unify. That must be the abiding goal however unlikely it may seem at present. Yet extraordinary things have happened within our lifetime: the fall of the Berlin Wall, the reunification of Germany, peace in Northern Ireland – events that were unforeseen only a few years prior to their occurrence. We should never underestimate the capacity for change from within which often goes undetected by external observers.

I well remember in the early 1980s going with British nuclear scientists to Moscow at the invitation of the Soviet Academy of Sciences to talk about mutual inspection of nuclear tests – we met the then apparatchiks of the Soviet Union, such as Georgy Arbatov and Gennadi Gerasimov, who mouthed the party line and showed no signs of any fissures in that edifice – yet only a few years later glasnost and perestroika had arrived and those same individuals were supporting the reforms!

We should not lose hope, but should prosper the ways of diplomacy. Experts in this area are of the firm view that North Korea will not give up its nuclear weapons in the knowledge that it is such a strong bargaining tool to try to reduce sanctions as well as gaining a perceived credibility on the world stage for its leaders. If so, that will require sacrifices from the West which may not be reciprocated, and we must ask if these are acceptable. The record of accommodation and appeasement with dictators throughout history, especially in the last century, is not encouraging. Nevertheless, dialogue is critical.

That dialogue can be enhanced and supplemented by Parliamentarians from those countries that are engaged, as, not being representatives of the governments, they can have greater latitude to examine areas of interest and aspiration in an environment that is seen as less threatening with fewer diplomatic consequences. Their greater capacity to ascertain real issues of contention and red lines can be fed into the greater discussion sometimes in a way more informative than even the most sophisticated intelligence service can provide.

As I have sought to demonstrate, history teaches us that it is more often the unexpected than the anticipated that causes seismic shifts in any situation. Last year, there was great speculation as to the health of Kim Jong-Un, albeit still a young man. His sister, one of the few around him whom he trusts, Kim Yo-jong is the Deputy Director of the United Front and seems now to be charged with responsibility for relations between the two Koreas. She was met with great interest when she visited South Korea in 2018 (the first of the dynasty to visit the South since the war) and invited the President of South Korea Moon Jae-in to visit Pyongyang at the “earliest date possible” for what would be the first summit between the two nations in more than a decade.

Will that take place with a change in Administration in Washington? If anything untoward were to happen to the Supreme Leader what would be her role in an admittedly male dominated political society, but one where the blood line is of enormous importance? Most politicians necessarily concern themselves with the present. With Korea, we should be concerned more about the future, while seeking to cut through the haze of what North Korea really wants. That can be ascertained, even if only darkly, through dialogue.

As John Bolton has declared about the interaction between President Trump and Kim Jong-Un, the building of personal relationships is important in international diplomacy and building of trust, but cannot always be coincidental with the interests of their respective countries and, of course, in democratic countries, leaders change. That is not a reason for not seeking to build those relationships. It may well be that a participant returns from such a session holding little else than a scrap of paper declaring “peace in our time” only to find those hopes devastatingly dashed – but it is not always like that. Real progress can be made.

What is the role of the EU in this? From 1994 to 2003, the EU pursued a course of unconditional engagement toward Pyongyang. The current policy is set out in its statement of 26 June 2016: the European Union (EU) has a policy of critical engagement towards the Democratic People's Republic of Korea (DPRK). Its goals are to support a lasting diminution of tensions on the Korean peninsula and in the region, to uphold the international non-proliferation regime and to improve the situation of human rights in the DPRK. On political relations, the EU supports international efforts to promote peace and stability on the Korean peninsula, in particular through support for international efforts to promote denuclearisation and an improvement in the human rights situation in the Democratic People’s Republic of Korea.

Since 1998, the EU has been conducting regular political dialogue with the DPRK. The 14th session of this dialogue was held in Pyongyang between 19 and 24 June 2015. The European Community established diplomatic relations in May 2001 and most EU countries have diplomatic relations with the DPRK. This provides an opportunity to discuss issues of importance to the EU including non-proliferation and human rights. The EU has regularly raised the human rights situation in the DPRK bilaterally and through United Nations (UN) bodies, including co-sponsoring country resolutions.

On humanitarian assistance, since 1995, the EU has been involved in providing assistance to some of the most vulnerable communities in the DPRK. Activities are mainly oriented towards support for the agricultural sector and are financed under the Food Security Thematic Programme of the Development Cooperation Instrument. Projects are implemented by European teams working with DPRK partner organisations. On economic and trade relations the EU notes that the DPRK is not a member of the World Trade Organisation and does not benefit from privileges granted to imported goods from developing countries under the EU's General System of Preferences (GSP).

It remains to be seen whether the EU can develop a critical friend approach towards US policy on the DPRK, as it has on the Iran nuclear arrangement (The Joint Comprehensive Plan of Action). Can it position itself as an honest broker and further facilitate the necessary dialogue?