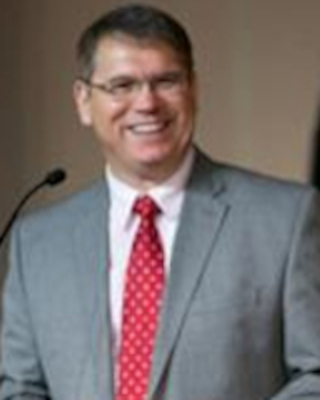 I have to apologize for not being the Hon. Lukas Mandl, who is much more qualified than I to speak on this topic, but who was suddenly unable to join us this afternoon. However, I will do my best to make a meaningful contribution.

The first question that comes to mind when looking at the title of this seminar is whether parliamentary leaders from Europe, or indeed any country, can reasonably expect to offer a contribution to the peace process on the Korean peninsula. I have heard quite a few people say “That is a matter only for the Korean people to resolve; and furthermore any outside involvement will be ineffective and possibly unwelcome”

I must disagree with both those objections.

First of all, the division of the Korean peninsula three generations ago was not brought about by the Korean people themselves. It was the result of Great Power negotiations at the end of World War II. Those efforts were intended to prevent the further outbreak of war in the Asian theatre, and to provide a buffer between the then communist world and the democratic allied forces. But this failed, and the Korean War which broke out in June 1950 led to millions more deaths.

Here in the United Kingdom, and in my other home country of the United States, we rightly remember the sacrifice of our brave soldiers who went to Korea under the banner of the United Nations to fight and die for peace and democracy. It is astonishing to think how readily they did so, given that the horrors of World War II were such a recent memory. Many other nations joined in, and their sons also now rest in Korean soil. At a recent Rally of Hope, I was moved to hear a Belgian war veteran say that, despite the loss of life, it was worth it because of the free and prosperous country that South Korea has become.

More recently I’ve been reminded by friends from Moscow and Beijing that there were other young men who went to the foreign country of Korea to fight for what they believed was their patriotic duty. I’m speaking of the Russian and Chinese soldiers, hundreds of thousands of whom also died in the hills and mountains of Korea. I am very happy to recognize Hon. Gadzhimurad Omarov of the Russian Duma here today.

In conclusion, we must recognize that, no matter which side our soldiers fought upon, the Korean War and the division of Korea was never just about Korea. It was the result of the clash of global forces. It always was our business, and it remains so today.

What of the objection that outside help will be unwelcome and ineffective? I would say “it depends”.

Sometimes we need an intervention from the outside to resolve a problem or dispute. When the UPF Founder, the late Dr. Sun Myung Moon, came from his native Korea to live and work in the United States in 1971, he described his role as a “firefighter” to put out the fires of conflict and disagreement in the United States body politic, and also a “doctor” to heal the wounds we had inflicted on each other. He said, “the patient may protest, but if he wants to get well, he cannot push aside the hand of the physician!”

I think back to the Peace talks in Ireland 25 years ago which brought to an end decades of violence and conflict not only on both sides of the Irish border but to terrorist bombings in the United Kingdom as well. Although peace efforts had been going on for years, they were faltering because neither side was ready to make the bold concessions needed. To finally accomplish that task, we also needed help from the outside, and that help came from a Parliamentary leader – United States Senator George Mitchell and the groundwork he established for a peace process, the Mitchell Principles.

So, I would say that history tells us that Parliamentary leaders can indeed play a peace-making role both inside and outside their own nations.

In order to be able to bring this about, Parliamentary leaders need to be at our best, and in particular to rise above the partisan and self-centered disagreements that infest so many of the democratic nations today.

My wife and I were there present in the United States Kennedy Caucus room when Mother Moon inaugurated the IAPP in the United States Senate in 2016, just weeks after the elections which were to bring Donald Trump and the Republican Party into power. At that meeting, she sounded a note of alarm at the toxic relationships of mistrust and division that were already brewing on Capitol Hill.

Mother Moon reminded the senators and congressmen, both Democrat and Republican, and the many representatives of other national parliaments that their first duty was not just to their political faction, despite the normal adversarial role of members of different parties. Rather, parliamentary leaders should remember the people who elected them, their long-suffering constituents. Going further, she said that the fact of them holding political office at all was more than just the result of a vote: she saw it as a matter of fate, or as she described it “Heavenly Fortune” or even the Will of God. Therefore, she said, they had a duty beyond their constituency and even beyond their nation and encouraged all present to seek to work together for a common purpose.

I have to say that, four years later, I am sometimes disconcerted by the apparent lack of progress. In both my homelands, the United States and the United Kingdom, ongoing partisan divisions and political scandals are surfacing every day. Other nations are not much different. We will not be able to make any meaningful contribution to peace if we continue to focus on our own narrow interests or on scoring political points off each other. The Korean people will not listen to us if we continue to act like that, and indeed why should they?

Nevertheless, this seminar points a way forward: we are calling on Parliamentary leaders from all nations to put aside party and even national self-interest and take up that risky but rewarding role of firefighter and doctor. Working together, we have an opportunity to bring to an end one of the great unsolved conflicts of the 20th Century. Let us not hesitate in front of this great task.