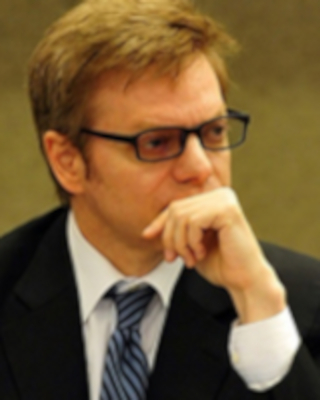 I have been asked to contribute to today’s discussion by summarizing my findings about North Korea’s official culture, and in particular about the so-called Juche Thought. In view of the limited time available, I would like to limit myself to making two main points:

1) That despite what both the country’s enemies and its sympathizers like to assert, North Korea’s personality cult is not a literal cult or religion, and

2) that the so-called Juche Thought is not the guiding ideology of North Korea, but an export-propaganda product, the heyday of which was the 1970s; its content has never played a significant role in policy-making.

I will conclude with my own tentative opinion on whether these findings bode well or ill for the prospects of peace on the peninsula.

The word cult (German Kult, Russian kul’t, etc.) denotes a tightly knit group of people united by beliefs that are not common outside it. Those beliefs can be of a secular or a religious nature. When in 1956 Khrushchev spoke critically of the “cult of personality” (kul’t lichnosti) that had sprung up around Stalin, he was asserting that the dictator enjoyed a level of adulation incompatible with Marxism-Leninism; he was not implying that it worshipped him as a divine being. The term “cult of personality” came into wider use in the West during China’s Cultural Revolution, when the Red Guards’ fanatical devotion to the teachings of Mao Zedong was widely misinterpreted by foreign observers as religious in nature. That a similar fallacy arose in regard to North Koreans’ attitude to Kim Il Sung is not surprising, considering that their “cult of personality” exceeded the Chinese one in many respects. The wearing of badges bearing the leader’s face, for example, has continued for decades in North Korea, whereas it was a rather short-lived phenomenon in China. And because North Korea’s cult focuses on the leader’s mytho-biography, not his teachings (which are far less familiar to the average citizens), it seems to many observers to reflect a belief in the divine nature of Kim Il Sung.

This fallacy was encouraged during the Cold War by hostile South Korean propaganda, which played up Kim’s alleged claim to divinity in order to counter the spread of pro-North sentiments among Christian and Buddhist South Koreans. Much was made, for example, of the North Korean regime’s alleged claims that Kim Il Sung was able to fly through the air, to be in two places, at once, etc. A study of actual North Korean propaganda, however, reveals that such myths were not taught or encouraged. Instead, official writers indulgently attributed them to Kim Il Sung’s elderly, rustic subjects, who were supposedly so impressed by his wartime exploits and his brilliant transformation of North Korea into a socialist paradise that they attributed divine qualities to him.

The South Korean regime was fully aware of the truth, but suppressed it in order to make North Korea’s political culture look even more extreme and outlandish than it actually was. Regrettably, however, many Western observers continue even today to misrepresent the North Korean personality cult as a religion that quite literally worships the Kim Dynasty. In many cases, these are conservatives who are highly critical of North Korea. But there are pro-North observers who play up the alleged spirituality of the country in an effort to encourage the outside world to do deal more leniently or patiently with it. Tony Namkung, for example, advised the Clinton government during the first nuclear crisis that North Koreans are spiritual people who must therefore be negotiated with by religious, preferably Christian envoys of the United States; this advice may well have played a role in the decision to send Jimmy Carter to Pyongyang in 1994.

Let me state very emphatically, therefore, that North Korean propaganda has never expressly regarded Kim Il Sung as anything but human and mortal. Steles bearing the message “Kim Il Sung is always with us” now dot the country, but this is to be understood just as comparable slogans were understood in the USSR, namely to mean that the hero’s legacy lives on. Of course, many anthropologists (like Ernest Becker) argue persuasively that all culture, including all political culture, is essentially religious, inasmuch as it seeks to impart some sort of transcendental or immortal meaning to our brief lives. For the sake of clarity, however, I believe that we should reserve use of the attribute “religious” to cults which ascribe literal immortality to the person at their center (if not necessarily to that leader’s followers too). In short, North Korea is, to all intents and purposes, a secular country with a secular personality cult.

The second contention I would like to articulate today is that North Korea’s so-called Juche Thought is not, and never has been, the ideology that guides the country either in its domestic policymaking or in its foreign affairs. The word Juche quite literally means Subject, which can be a confusing word in French or English, but which has a very clear meaning in German philosophical discussion, and the German word (das Subjekt) as used by Hegel and Marx, is the one that the Japanese used to create the word shutai in order to translate into their own language. That word shutai appears to have been koreanized around 1900 into the word juche. This is not a North Korean word, in other words, nor is it a coining of Kim Il Sung’s. Rather it is a word that has been in common Korean use for about 120 years now. Until the mid-1960s, when the North Koreans spoke of their “Subjective Thought,” or their Juche Thought, they were merely referring to their own practical doctrine for the application of Marxism-Leninism to North Korea’s unique conditions. It never occurred to anyone to claim that this were a stand-alone ideology in its own right that could replace Marxism-Leninism.

But starting in the late 1960s, the North Korean economy began falling ever further behind its South Korean competitor. To make matters worse, South Korea was enlisting many foreign countries into its camp, at North Korea’s expense. In an effort to enhance its standing on the world stage, North Korea began presenting “Subjective Thought” not as the practical application of Marxism-Leninism to Korean conditions, but as a unique, stand-alone ideology of internationalist humanism which could inspire developing countries around the world. In order to make it easier for other countries to express support for “Juche” without betraying their own ideologies or religions, the doctrine was often referred to as “the Juche idea.” The texts that were published to back up this claim were of a banality, vagueness and tautology that should have made clear to foreign observers their utter inutility as a guide to policymaking; “man is the master of all things,” for example, to quote the line treated most often as Kim Il Sung’s central brainstorm, is a universal platitude of several centuries’ standing.

Nevertheless, the foreign press decided early in the 1960s that “Juche Thought” was a fervently believed religion or quasi-religion of self-reliance, and journalists have remained loyal to this fallacy ever since. The word juche, which should be straightforwardly translated into the word subject (albeit understood only in the German-philosophical sense of it), is instead mistranslated with Orientalist mysticism as meaning mainly self-reliance [sic] while carrying a wealth of secondary connotations which only Koreans can properly intuit.

But in reality, this once-useful product of export-propaganda has long outlived its original purpose, North Korea having long since given up competing with South Korea for the enlistment of allies in the developing world. The actual dominant ideology in North Korea is now, as it has been since the mid-1960s at the very latest, a militaristic form of ultra-nationalism, which the regime now espouses quite openly under the term “Military-First Politics” or “Military-First Thought.”

What I have said so far may come as a disappointment to observers who had hoped that some sort of spiritual common ground could be found between North Korea and religious communities outside the country. It is my contention, however, that the mistaken imputation of religiosity to the North Korean regime is dangerous, inasmuch as it may make it seem more likely to US government observers to resort to a mass-suicidal use of nuclear weapons. This perception in turn could make the US more likely to resort to extreme measures. Also, I believe most governments around the world are less optimistic about the prospects of reasoning with devoutly religious people than about the prospects of reasoning with a secular regime, no matter how extreme the latter’s beliefs may be. Many observers have noted that America has always worried more about the prospect of Iranian nuclear weapons than about the prospect (now a reality) of North Korean ones; this is at least partly due to the belief that the more secular country is much less likely to put such weapons to actual use. I believe fundamental misconceptions about highly armed countries are inherently dangerous, for they can induce disastrous miscalculations which could result in a conflict neither side wants. Let me say in closing that while we should continue searching for diplomatic solutions to the nuclear crisis on the peninsula, we should always proceed from a sober analysis of the ideological realities.