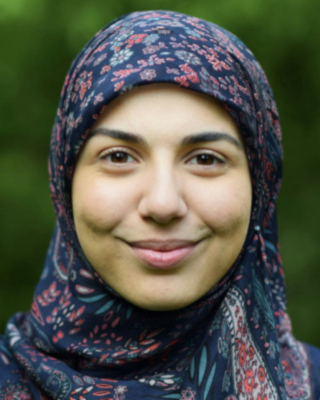 Peace be with you all. I want to thank the organisers for inviting me onto this forum, whose goal is to achieve is the peaceful reunification of the Korean Peninsula. For any issue that we want to find a solution for, it is important that we tackle the problem from its roots, and when we look at the division of Korea, we see that it was purely political.

As we all know, the North and South Korean governments were indirectly appointed by the superpowers. So, it was the Soviet Union and the United States of America who created these two contradicting systems of governance, which have been kept apart for decades, since there was no real will, from either the Korean governments or the superpowers that they were relying on, to reunite. It is not easy to reverse this reality, since the two governments represent the state of division and not the state of reunification, since that is what their interests dictate.

Therefore, unification needs an incentive as big as the one that caused the division, and this needs to come from these same superpowers plus, of course, China. So, this needs methods such as consultations and civil society initiatives that seek to build personal connexions, plus the work of religious bodies and NGOs. Any enterprise that is seeking to mobilise for this cause can only be effective in a healthy political atmosphere, that is relaxed with not too many tensions. Such endeavours should regard the superpowers as holding the most crucial cards that decide the destiny of the future, and the solution to solving the conflict is ultimately in their hands. The one who caused the problem is the one who can really solve it.

So, the solution to this crisis would be an international resolution sponsored by the superpowers, considering that the US has leverage over South Korea. If the US opened negotiations with North Korea, removed its sanctions and maintained a corridor for openness, this would certainly relax the situation, and that would enable North and South Korea to open links with one another.

We saw how former U.S. President Trump decided to open a window of talks with the North Korean leader and how the path opened for the highest level of communication between the two countries, as well as on a popular level. So, the pressure required to be effective must be directed to the United States and to western governments by the European and American people themselves through NGOs; through civil society organisations that can apply that pressure, particularly on the US to remove the sanctions on North Korea and to normalise ties.

This is important for them, the work of civic engagement and NGOs so, of course, you may raise the question of China. It's a strong country, it's effectively influencing the policies of North Korea, which depends on it as a guarantor, especially for its policies that do not appeal to the United states. The reality is that it is extremely hard to affect the Chinese government’s decisions from within China and, at the same time, it is not China that is standing today as an obstruction to these relations. It is rather the siege on North Korea and the fear that it has developed from the wider world, particularly the US that is imposing sanctions on them, for example on the nuclear issue.

This isn't just something unique to the Korean Peninsula. I mean America on the whole is imposing sanctions and policies that serve its interests on countries throughout the globe, and this is as a result of its control over the global monetary and banking system. So, unless this monopoly and this hegemony is broken or parallel alternative forces break this financial dominance of the dollar, it will be difficult to bring about any fundamental change in many points of tension and conflict around the globe. in this context, we saw how the US administration is controlling the monetary policies of South Korea and its dealings with other countries. We saw this when the South Korean authorities froze $7 billion worth of Iran's oil money, which was essentially frozen in response to the US administration's request to boycott Iran and impose sanctions on any company or any country that decides to deal with them. We saw that these were unfrozen after South Korea sought permission from President Biden at the beginning of this year.

So, what is the role of civil society organisations? It should be in effectively pressurising the American administration to conform to the true will of the people, instead of giving in to their policy of imposition and blackmail that we've been witnessing. So, ultimately, America’s entering into negotiations with North Korea would reduce tension and facilitate the specific engagement methods that are being discussed. it is only once the atmosphere on the ground has relaxed that NGOs and civil societies can really mobilize between the North and the South.

Examples of this mobilisation could be the twinning of villages in the North and South, conducting joint integrated activities that could bring the people closer to one another, and allowing social media and communications between the two countries. This would contribute to identification and rapprochement and could also lead to mixed marriages, which is a greater yardstick, or to assimilation, an overall greater intermixing. I'm sure the reunion of forced separated families is something that's on top of the agenda and something that will be discussed. It would be a great step in diluting that tension and creating a better atmosphere and, of course, this is a long-term process that will unite the two divided nations at the roots, which is ultimately the people themselves.

To conclude, the primary solution would be to apply pressure on western governments, specifically the US, to ease the pressure on North Korea, to lift sanctions, and to enter into real negotiations, since no matter what the initiatives of NGOs or civil society are, if there is no decision from the top to allow freedom from the shackles of external domination, the easing of tensions and the creation of links between the North and South on a governmental level, nothing will really happen on the ground. I thank you very much for your attention.