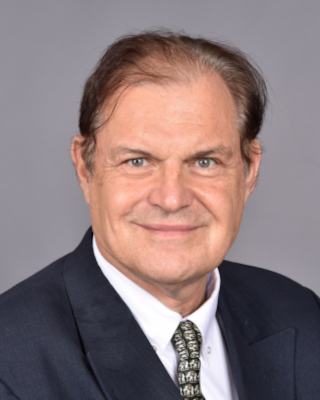 The need to find a peaceful solution for the reunification of the Korean Peninsula is a challenge much broader than just involving North and South Korea. Of course, the most directly impacted protagonists are the Governments of Seoul and of Pyongyang. But they are far from being the only players involved in that complicated chess party. Even their ability to decide just on their own is far from being evident.

The main difficulty lies in the growing tensions between the United States of America and the People’s Republic of China. That fight for the world’s hegemony is not likely to calm down. On the contrary, the constant rise of Asian influence and the relative stagnation of the American platform does constitute a serious threat to world peace. Knowing that China is soon likely to become the no 1 economy in the world, but that their military budget is “only” equivalent to one third of the American defense budget, Washington may well consider to intervene before their leadership further erodes. And the current stand adopted by China also contributes to such tensions.

From that perspective, both sides are trying to mobilize their allies. On the one side, together with the USA are: Japan, Taiwan, the Philippines, Australia and possibly India, as well, of course, as South Korea. Its military protection is ensured by the US forces stationed in the country; and its phenomenal economic development is equally related to a close connection with the American model.

On the other side, there are a number of countries connected to China by the  Belt and Road initiative, or finding themselves within its sphere of influence. Such is the case of North Korea. Its 1.350 Kms-long border with China has been a real relief against the Western sanctions, regarding petrol for example. I was also surprised that I could pay nearly everywhere in the DPRK using RMB, besides the domestic currency. On the political level, there are ties between the Party Central Committees of both countries.

As far as South and North Korea are concerned, they both are proud of their respective achievements. The miracle of South Korea’s economic growth since the Second World War is self-explanatory. But what we measure less in the West, is the pride of North Koreans for what they have achieved as well because, despite the severe sanctions imposed upon them, they still manage to produce in autarchy nearly everything they need, including consumer goods. Their shops are far from being empty, I have seen it; and this in quite a number of places, not just those shown to foreign tourists.

Problematic is the effect of propaganda. Of course, in the North, the population is heavily brainwashed and the cult of personality towards the Supreme Leader is extreme. There is no - or very little - freedom of opinion. However, the country is far from being an open sky prison, as public opinion is too often made to believe in the West. Many people - and not just a small Nomenklatura minority - live what one could consider to be a normal life. Propaganda exists on both sides of the border, it is not a unilateral phenomenon.

Actually, there are more similarities between the two Koreas than what most people might think. And this is not so surprising: Koreans are Koreans ! In the North, as well as in the South, Koreans are hard workers. Not that in the first case they are forced to do it, while in the South they would be motivated by the system... Maybe it is the case to a certain extent; but it is mainly in their own nature.

I have also been positively surprised by their eagerness - in the North as in the South - to constantly learn and by their quest for excellence. This is why they have been able to develop on one side highly successful conglomerates like Samsung; and nuclear technology on the other side. The economic weight of a reunified Korea could become close to that of Japan.

Much has been said about the North Korean nuclear programme. Needless to say: it is not a good thing, nor is the size of the DPRK’s armed forces. A de-escalation would be more than desirable. That however implies a mutual move. Seen from a Northern perspective, their ballistic weaponry is a way for them to be taken seriously. Any peace process implies give and take.

Many initiatives can be taken: talks aiming at regional denuclearization, an end of international sanctions, a Marshall plan to boost North Korea’s economy, etc... But a genuine reconciliation will start by an attempt to understand the other side, to recognize their positive side, to have exchange programmes without preconceived ideas. People have to accept that the situation is not black or white, to acknowledge that they also made mistakes, as happens in the process of transitional justice. They have to learn to forgive each other, as Germany and France managed to do over time, allowing for European construction.

Europe, by the way, could share with the Koreans that experience of real reconciliation after two successive horrible wars. The steps are: a) an end to hostilities, b) recognition of our own mistakes and forgiveness, c) dialogue in view to building a common project, d) shared resources and fair governance, e) common values.

Switzerland could also bring its contribution to the construction of such a peace process, in view of its widely accepted neutrality and tradition of “bons offices” (Editor's note: a French expression meaning help or assistance). Since it is in its DNA to look for mutually acceptable balanced solutions, its federalist approach could be an interesting model for a reunited Korea.

But above all, what will really matter are not the models or the systems. It is something intangible: a genuine reciprocal understanding, a mutual respect and the ability to see in the other not the devil, but the part of God within him.