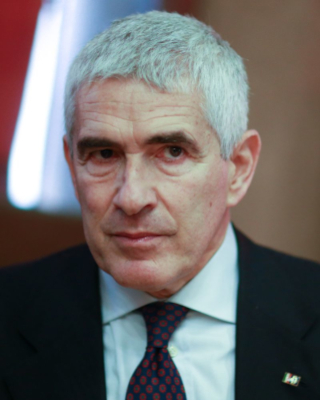 At a political level, especially in international relations, realism and utopia represent two opposite notions: realists focus on reality as is, on the actual power balance, while utopians look with optimism at the possibility of change. Politics lives at the junction of this vital tension between utopia and realism: if politics is an exercise in realism and concreteness, it also lives and feeds on utopias. Korean reunification is a perfect example of this.

Almost exactly 3 years ago, an historic intra-Korean summit was held on 27 April 2018 by the two leaders, Kim Jong-un and Moon Jae-in. The chosen place, Panmunjom, had a strong symbolic significance: it was the city where the armistice was signed in 1953, which put an end to the Korean War, but marked the division of the two Koreas along the 38th parallel North. The Panmunjom Declaration for Peace, Prosperity and Reunification of the Korean Peninsula adopted at the 2018 summit committed both sides to work vigorously to improve North-South relations and stronger cooperation through high-level dialogue and negotiations. I remember vividly the hopes that this meeting had raised in the international community and, let me stress, also within the Interparliamentary Union (IPU), which had invited both parties to pursue the high-level dialogue at the parliamentary level in the House of Parliaments at Geneva under the auspices of the IPU.

We know this will not be an easy path: the two countries have had very different economic, cultural, political and military systems for decades and many generations have grown up fearing the enemy on the other side.

It should also not be forgotten that this remains an issue that, at a strategic level, closely affects all the regional powers in the area. For decades, North Korea and South Korea have become accustomed to a physical border between two worlds and two systems of alliances.

Therefore, if reunification in a political sense appears today as a dream, a convergence of interests that makes the policies of the two countries head as much as possible in the same direction does not seem to be impossible. In terms of sound political realism, we must raise the issue of détente and dialogue and a commitment to keep the border "cold", to avoid a new escalation and external or domestic provocations. However, we cannot give up the idea of a Korean peninsula without internal borders, because it is not an unattainable utopia: it  can and must take the shape of reality in the near future.

We need to read the signs of the times and understand that the new course we are experiencing in important parts of the world can lead to a peaceful thaw between the two Koreas. Lastly, the Covid 19 pandemic taught us how strong the interdependence between States is and how necessary it is to implement the concept of solidarity.

This is why it is precisely from the constant commitment of associations, such as the Universal Peace Federation, that a decisive contribution can be given to strengthening a spirit of collaboration between the two Koreas, in the awareness that it will be the most profitable political investment in view of resolving regional crises and building world peace.

This is why we are here today: to affirm the need for fruitful dialogue in the short term and utopia in the long term.

I would like to wrap up by wishing you the best success in the various, interesting panels that will follow.